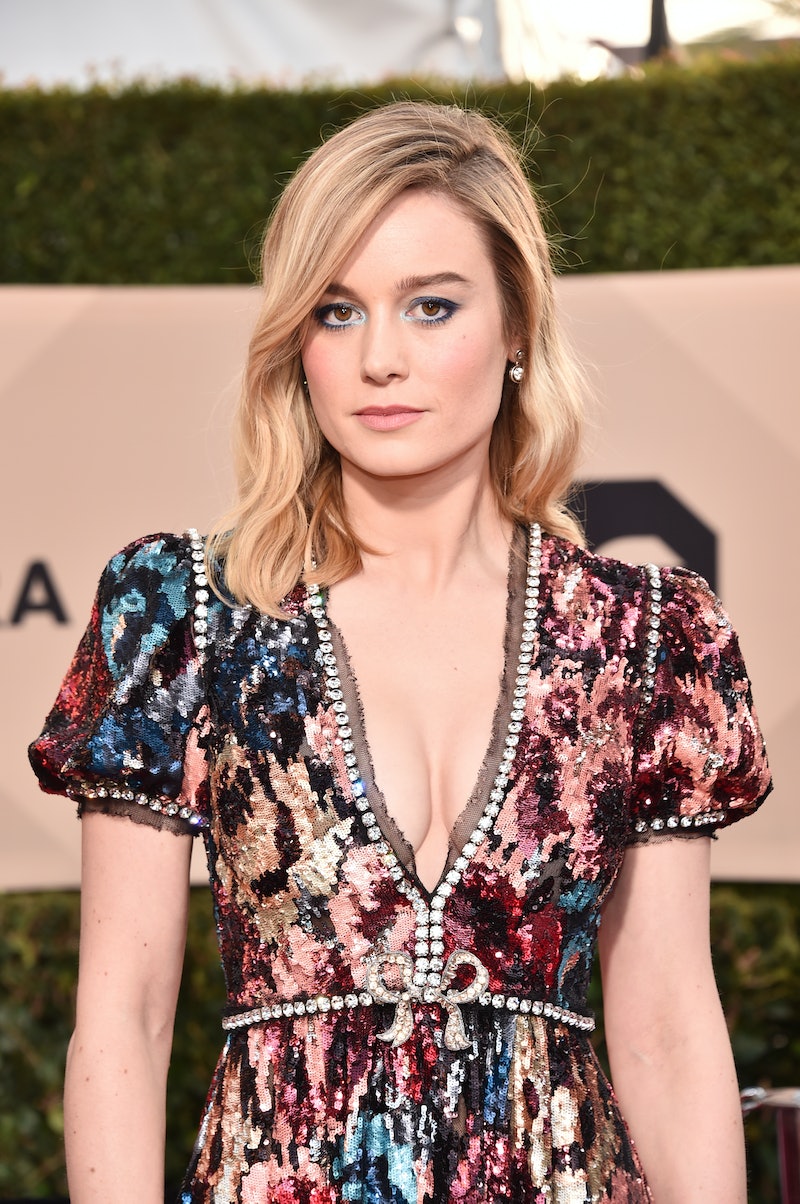 As the premiere date for Marvel Cinematic Universe's first female-led superhero movie quickly approaches, Captain Marvel star Brie Larson shares what she's learned from the character and how she plans to use it to become a stronger in both her personal life and entertainment career. During a recent chat with InStyle, Larson revealed that there were many aspects of the character that resonated with her on a personal level. However, it seems that Carol Danvers, AKA Captain Marvel's ability to never "shrink herself down" really became a major turning point for Larson, who called the character's flawed, yet unapologetic, personality a "really valuable trait."

“She didn’t apologize for herself. I felt like that was a really valuable trait, because she is incredibly flawed and makes a lot of mistakes … and has to ask to atone for them, and that is super valuable. She’s not ever shrinking herself down.”

On top of her superhuman powers, which outpaces that of even Captain America, Captain Marvel shows a great deal of overall strength, fortitude, and humanity that Larson seems to want to incorporate into her personal life. Speaking with InStyle, she added,

It seems that Larson, a longtime champion for diversity and inclusion, has become determined to use her experiences with the Marvel character and its filming process to empower both herself and other women around the world. When Bustle visited the set of Captain Marvel during production in 2018, Larson explained how the film encompassed representation in ways that she had never seen before. Speaking to a group of journalists, Larson said that the experience was "everything that I’ve wanted" and shared:

"I didn’t realize how vital [female writers were] until I read it for the first time and realized little things, little moments that ... have always been like snags, and things that I’ve had to fight for," Larson says. "Like male characters in this script said, 'We gotta get that woman.' ... If a man had wrote it, generally I’d see, 'We gotta get that girl.' They’re just slight things, and I realized it changed the way I viewed myself. I was like, 'Oh my god, I’m a woman.'"

Touching on the subject again as she spoke with InStyle, Larson called the movie the "biggest and best opportunity" and referred to it as a "superpower." She added, "This could be my form of activism: doing a film that can play all over the world and be in more places than I can be physically.”

Although details about the film and its characters still remain relatively scarce, it seems that Captain Marvel will feature a set of superhero strengths that many fans of Marvel's Cinematic Universe have never seen before. InStyle noted that Marvel’s vice president of creative development Stephen Wacker once explained the character as “Earth’s mightiest hero. Period. Not Earth’s mightiest female hero.”

While Larson makes it her business to play strong women in every film that she takes on, her push for women and people of color in Hollywood has proven to be one of her biggest strengths overall. Amidst her current Captain Marvel press tour, Larson has remained dedicated to uplifting other women while consistently insisting on gender and racial parity in the press, according to InStyle. The publication also noted that she also remains committed to wearing mostly female designers. “Inclusion has to be a choice; it’s not happening naturally,” she explained to InStyle. “You really have to fight for it.”

As Larson's dedication to changing Hollywood continues, the latest attributes that she's acquired in her roles as Captain Marvel will certainly prove to make her one of the strongest superheroes both on and off screen.