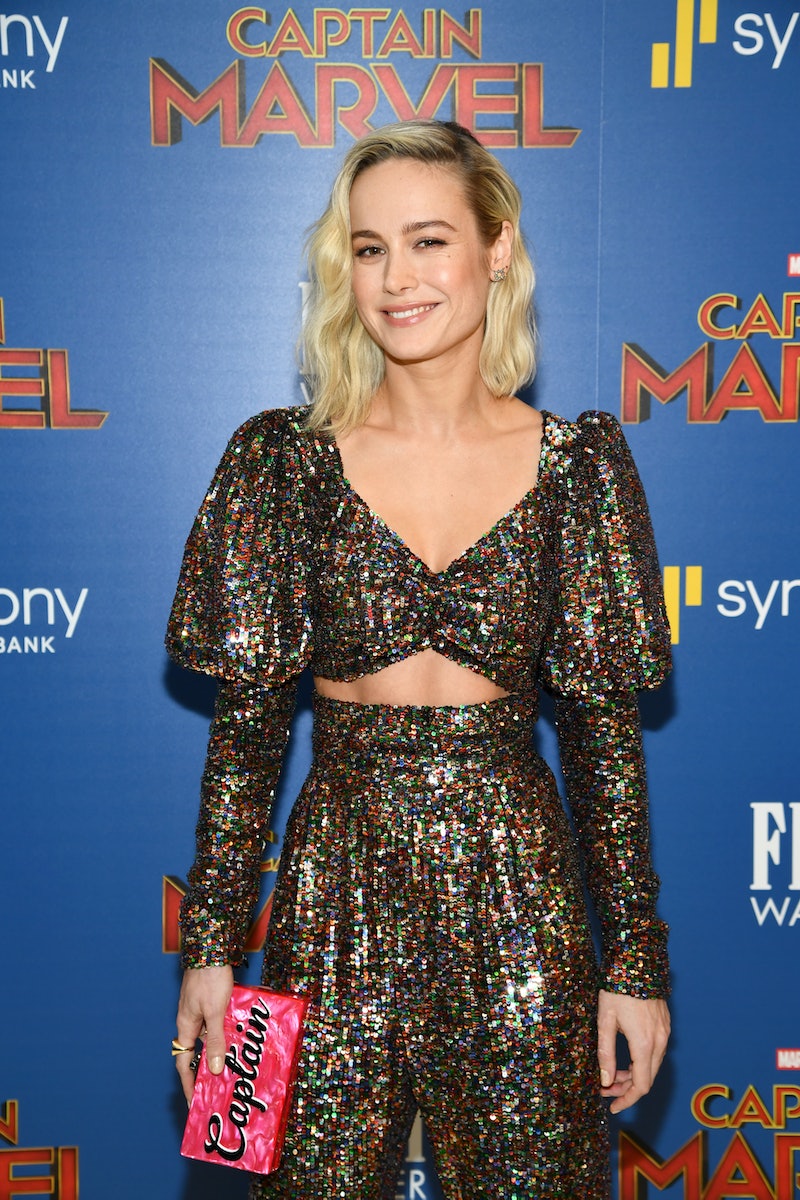 It goes without saying that Larson has a lot to be thankful for. Not only is she the star of Marvel's first female-led superhero pic, but the film has also become a major success, totally crushing the box office after it's March 8 release. According to The Wrap, Captain Marvel saved a sluggish 2019 box office with a "$153 million opening from 4,310 screens," giving it the third place ranking in best March opening weekends of all time. The film, which also notably surpassed the $500 million mark in worldwide ticket sales, is expected to earn an additional $60 million to $70 million in its second weekend at US box offices, according to The Hollywood Reporter. And Captain Marvel's box office total will only go up from there.

In her video address, the 29-year-old actor sweetly talked about how amazing it felt to have the film supported by so many fans, sharing:

"I just wanted to say thank you. This last weekend was really special. And I know that not just me, but so many other people from the cast and the crew — we've spent years and a lot of our time working on that film and bringing that story to life."

Reiterating her feelings of appreciation, Larson revealed that seeing fan reactions to the film and character made things that much more special for her. She added,

"So I just wanted to say thank you. I know that you know this or I hope that you know this... it's not possible without you. Buying a movie ticket really is a vote, it's a way of vocalizing your feelings. I really appreciate your passion and support and to see you in the costume and writing about you favorite parts or the emotion that you felt in the theater feels incredibly validating."

Prior to Captain Marvel's release, Larson continually shared how significant the playing the character of Carol Danvers (Captain Marvel) has been.

"I don't know if I'm just tired, but I feel like I'm going to cry. It's been a couple of years of working on this movie," The Oscar Award-winning actor told People at the film's Los Angeles premiere. "Carol changed my life and the movie hasn't even come out yet."

Both Larson and the new film have been widely supported by fans who have found inspiration by seeing Captain Marvel on screen. Back in September of last year, a teacher tweeted that she showed the Captain Marvel trailer to a group of female students and they immediately fell in love with the character. Larson responded with a #CaptainMarvelChallenge which later sparked a GoFundMe campaign, launched by Frederick Joseph, to raise money to take girls to see the film. In January 2019, Joseph launched the fundraiser and accompanying Twitter challenge with a tweet. "On International Women’s Day, Marvel Studios is releasing their first woman led film — Captain Marvel," he wrote. Joseph continued, calling Captain Marvel a film that "offers an opportunity to empower girls. Which is why @WHSorg has launched the #CaptainMarvelChallenge to take girls to see the film."

Hopefully, all the girls who got the opportunity to see Larson as Captain Marvel in the theaters know how thankful she is for their support.