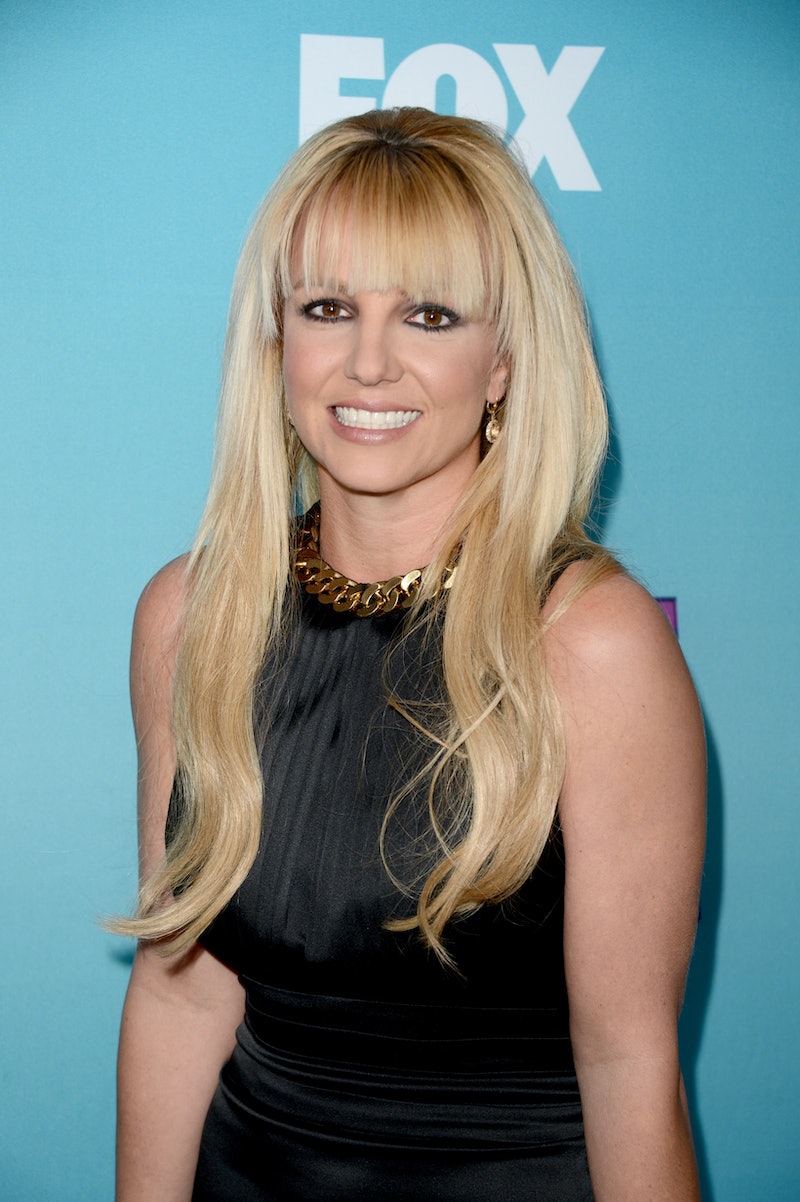 Bangs can sometimes be a controversial hairstyle choice, but Britney Spears reclaimed her bangs once and for all with an unexpected Instagram post on May 18. While opening up about the real reason she likes having bangs, Spears revealed that they make her feel "protected." For her, bangs are so much more than hair. They serve as a shield against any negativity that might be thrown her way and even give her a confidence boost from time to time.

"People choose different ways to protect themselves …. when I pull my bangs in front of my head I feel like I’m protected ... almost like I’m in 3rd grade again," she wrote in a lengthy and vulnerable post. Spears actually revealed she always had bangs until third grade when she decided she wanted to let her forehead shine. Despite feeling like an "ugly duckling" and believing "only pretty people in the south could do that and I never felt pretty enough to pull it off," Spears said she eventually got rid of her bangs and embraced her forehead. Deep down, the 38-year-old performer said even though she felt gorgeous, she also felt like her bare forehead "didn't look good." And now, years after she ditched the bangs in elementary school, she's back to appreciating the comfort and fun the hairstyle provides.

This isn't the first time Spears has admitted she lacks confidence. In a November 2019 Instagram, Spears opened up about her self-esteem issues. Next to a video of her doing aerial yoga, she wrote, "Body language is everything! The way you speak to yourself and carry yourself can effect [sic] your mood …. I have self esteem problems so I slouch." Similar to how bangs impact her mood, Spears said doing yoga helps her "become stronger" as a person.

And if yoga and bangs help Spears feel better about herself, well, that's just what this pop princess will do.