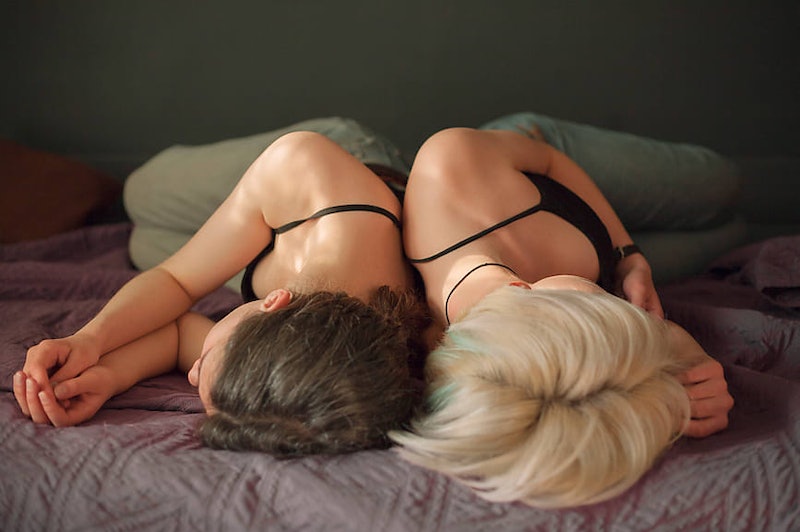 Dmytro Bilous/Stocksy
By Aoife Hanna
May 9, 2019

It's a truth universally acknowledged that everyone thinks everyone else is having more sex than them. However much you're having, there's always someone out there who seems to be at it a lot more than you. However, a recent national survey would suggest otherwise. The survey has shown that Brits are having less sex now than in previous decades — by quite a significant margin. But the reasons behind it may be more complicated than you first thought.

The results are come from the British National Survey Of Sexual Attitudes And Lifestyles. These studies of 34,000 people were carried out in the years 1991, 2001, and 2012. The results of this sexy (or not so sexy) survey were published in the British Medical Journal.

The data gathered shows that almost a third of men and women have not had sex at all in the last month, and that is up from a quarter in 2001. For women in particular, it has gone up from 23 percent to 29.3 percent.

Of those surveyed, it seems that single people under the age of 25 are having the least sex. Which I am sure is kind of a relief for people in that age group who are feeling like everyone they know is getting it on the regular.

However, the steepest declines in sexual frequency compared to past years were actually in people aged over 25 and in people who are married or living together.

So, what the flipping heck is causing this? Because according to the survey's authors, desire isn't the issue. According to ITV, they wrote: "At the same time, the proportion of men and women saying that they would prefer more frequent sex increased."

Over half of women and nearly two thirds of men to be exact.

So what is causing people to turn off as opposed to on? ITV reports that lead author Professor Kaye Wellings said there are multiple reasons but one of the main ones is all that stress: "Several factors are likely to explain this decline, but one may be the sheer pace of modern life."

The authors also said that the decrease in sexual activity is also highly connected to, you guessed it, the digital age:

"Life in the digital age is considerably more complex than in previous eras, the boundary between the private space of home and the public world outside is blurred, and the internet offers considerable scope for diversion."

"Where women might previously have felt obliged to meet their partner’s sexual needs irrespective of their own, they might now be less inclined to do so."

With surveys like this, it's always important to look not only at the numbers involved, but at the factors behind those numbers. And I'm not sure about you, but the fact that figures may be down due to improved gender equality is pretty good news in my books.