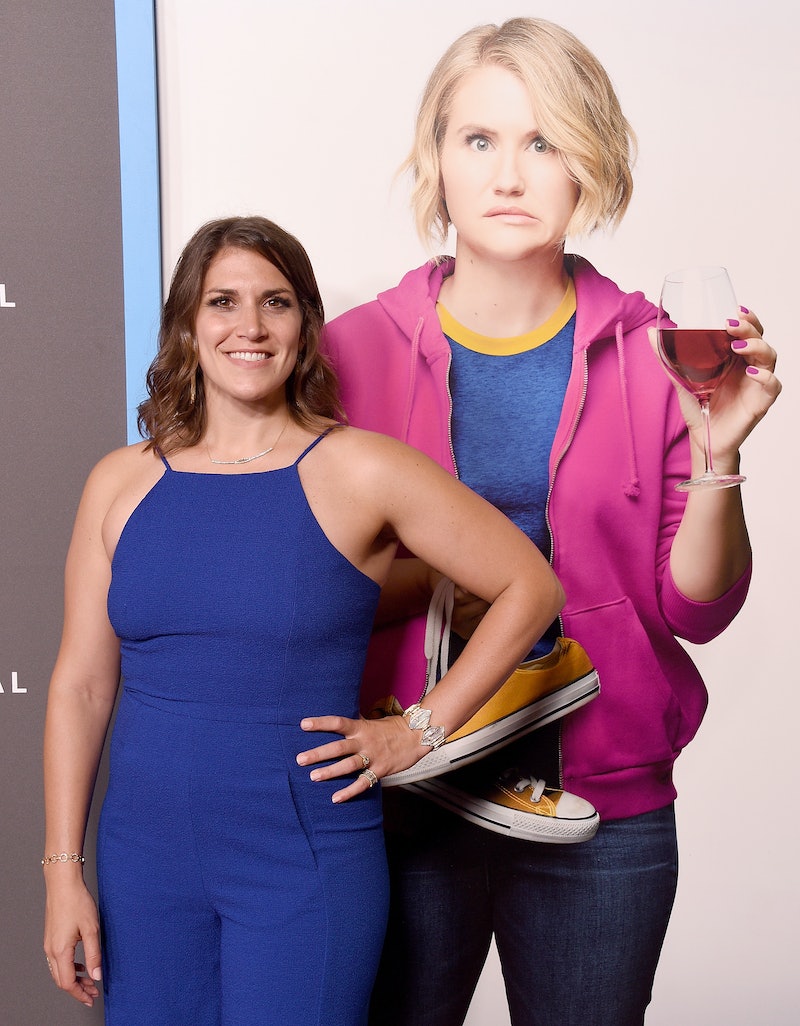 The worn Chinese proverb about a journey of a thousand miles beginning with a single step isn't less true for being trite. Case in point, the new film Brittany Runs A Marathon, out Aug. 23. After the titular party girl Brittany Folger (Jillian Bell) gets a wake-up call about her health, she decides to take that first small step (well, quarter block) towards improving her life. Before you decry it as mere Hollywood fantasy, Brittany Runs A Marathon is based on the true story of a twenty-something who struggled to take control of her health.

In the film, Brittany is trying to score an Adderall prescription from a doctor. He sees through her ploy but instead of getting mad, suggests she try losing weight. Many of us can relate to the next step: Brittany gets sticker shock at gym membership prices and decides to get out there on her own. Her dedication to making one small improvement snowballs and soon she finds that her entire life is different, but can't shake the feeling it's based on societal perceptions of beauty. (Also, while decreasing body size can help with certain health issues, data shows that doctors all too often don't actually hear the medical issues coming from larger patients.) Discussing societal shift in perception based on looks is a change from the usual movie narrative that addressing your looks is the path to improving your life.

In an interview with Queer Guru, Brittany Runs a Marathon director Paul Downs Colaizzo said the real-life inspiration for the film came from "my roommate in my late 20s, Brittany O'Neil, who is still a really good friend of mine, who decided to change her life." Getting into more detail with the Nantucket Film Festival, he said that the screenplay came out of late night talks the two had during that time. "In trying to define success and fulfillment for ourselves, we started to wonder if we were capable of more than we’d always believed. As an experiment in pushing herself, [Brittany] went for a run. Before she’d returned home from the run, I’d come up with a rough outline of the film."

At the film's 51Fest premiere, O'Neil herself got a chance to talk about the film and her experience. She was clear that, while the film isn't a completely faithful retelling of her actual life, it hits at the important larger truths. "Paul had to create a story end to end that had to be a nice, full experience for a movie, so there's a lot of scenes, characters, discussions that are not accurate to real life," she said. "But the emotional journey and wanting more for yourself and trying a lot and failing, but still trying — that's definitely dead on."

She went on to say that she experienced plenty of setbacks during her journey, including a nearly-debilitating injury before the marathon. But by sticking with her original idea of moving forward, however small the steps, Brittany reached her goal. At the end of the 51Fest Q&A, Brittany said her new outlook is to not focus narrowly on any singular goal to the exclusion of the rest of her life, something reading early drafts of the script helped her realize. Life is a perpetual journey, and it only takes a few steps to change direction.