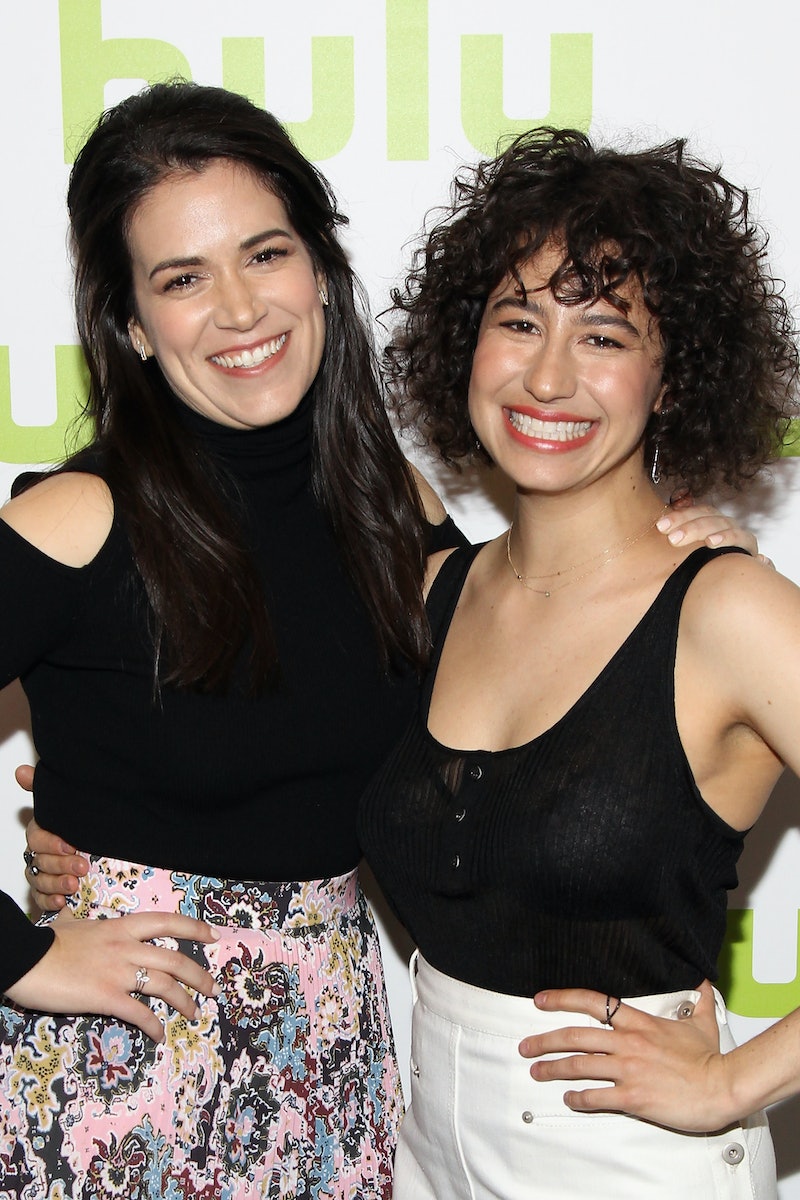 In celebration of women everywhere, the Broad City Instagram posted an International Women's Day message, which is just to be expected from such an unquestionably feminist show. If you're not familiar with the Comedy Central series, it's the story of two independent 20-something women named Ilana and Abbi, who've embarked on a joint journey of carefree adventure while attempting to tackle grown-up life in the Big Apple. Broad City tackles women's issues on the regular, so it would have been more of a surprise if they hadn't had something to say about the holiday.

Over the years, this dynamic duo have, no doubt, managed to become my heroes, and here they are once again, proving their rockstar status on International Women's Day. Alongside the symbolic red, the most concise, yet perfect social media message went up on March 8, thanking women everywhere,

"International Women's Day. Thank you to all the women in our lives, all the women who help bring Broad City to life and inspire the show itself, to all women everywhere."

The fearless sitcom, which initially began as a web series, is uber important to the feminist movement in many ways. I mean, not only do these badass besties take on adulthood with the kind of light-hearted tenacity that we all wish we had a bit of ourselves, but they manage to not allow society to be the indicators of what, how, or even who they should be doing. I'd certainly have to admit that, on screen, both Ilana and Abbi have pretty much become my role models in real life.

And if that's not enough to make you let out a fan-girly swoon, it's worth noting that Broad City is also created, written, and produced by Ilana Glazer and Abbi Jacobson and is based on the the true story of their friendship and makings in New York City. How's that for real-life kickassness?

So, no, thank you, Ilana, Abbi, and Broad City for sharing your smarts, strength, and sisterhood with women like me, all around the world.