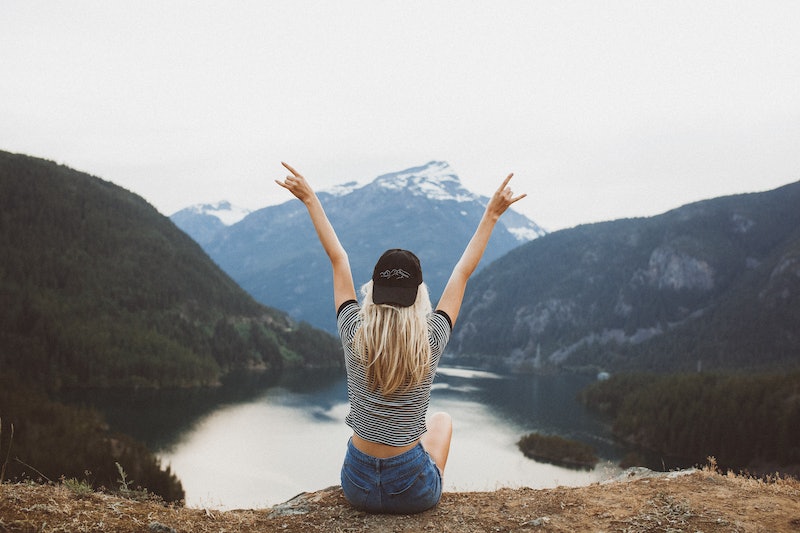 You know how people are always talking about the Stone Age as if it was full of cavemen calling the shots while cavewomen gathered nuts and berries? Well, it looks like that whole concept might be total bullsh*t. According to a new study, led by Professor Philipp Stockhammer of Ludwig-Maximilians-Universität in Munich, European women of the early Bronze Age traveled the world, while European men stayed close to home. This all-female migration pattern actually started happening in the late Stone Age, so the idea that ancient men were out hunting, fighting, and exploring while womenfolk busied themselves in the kitchen isn’t actually accurate. At least, that’s not how things were in the settlements of Lech Valley, Germany.

After conducting an archeological dig, German researchers in Munich performed stable isotope and DNA analysis on 84 people who were buried in and around Lech Valley between 2500 and 1650 BC. Researchers also examined the molars of everyone they dug up, and although they found almost none of the males had traveled, two-thirds of females showed mineralized evidence of travel. Researchers could tell the women had obviously drank water from many different places, while the men clearly hadn’t. As Stockhammer explained, "Every soil has a different signature such as chalk or clay, and the water drunk from these different soils provides a different signature on the tooth, enabling us to have some indication of where they have been.”

Thanks to science, now we know that it wasn't just normal for European women to travel all over during the Bronze Age, it was customary for these women to travel up to 500 kilometers away from home just to start their families. Even better, researchers believe that institutionalized individual female mobility played a significant role in the spreading of different cultures and ideas throughout the Bronze Age, which lasted for about 800 years.

What’s equally fascinating to think about is just how popular of a spot Lech Valley must have been for Bronze Age European women who were looking to settle down. According to Doctor Alissa Mittnik, who works at the Max Planck Institute for the Science of Human History, women from all over Europe traveled to the settlements of Lech Valley. As Mittnik put it, "We see a great diversity of different female lineages, which would occur if over time many women relocated to the Lech Valley from somewhere else.” The researchers also found that foreign women who were buried in the settlements of Lech Valley received the exact same funeral arrangements as local men, signaling their inclusion in the group. So not only were the people of Lech Valley welcoming toward these adventurous lady strangers, it appears these women were fully integrated into the local communities of Lech Valley.

Prof Stockhammer reportedly said that, from an archaeological standpoint, this new information proves the importance of female mobility for cultural exchange in the Bronze Age. These findings also allow us to view the "immense extent" of early human mobility in a new way, according to Stockhammer. "It appears that at least part of what was previously believed to be migration by groups is based on an institutionalized form of individual mobility," Stockhammer said. He also said that individual mobility was a “major feature” distinguishing the lives of people in Central Europe even in the third and early second millennium.

European women of the late Stone Age and Early Bronze Age were traveling alone, influencing cultures, and initiating intimate relationships for hundreds of years. So the next time anyone tries to discourage you from traveling alone as a woman, you can tell them all about how women have been going on solo adventures for millennia. Like, literally.

More like this
5 Ways To Stand In Solidarity With Women In America From The UK
By Sophie McEvoy
How To Fight For Reproductive Rights, Based On How Much Time You Have
By Courtney Young
Why You're Seeing Green Bandanas At Abortion Rights Protests
By Lexi Inks
Boris Johnson’s Leadership Is In Question – Again
By Bustle UK
Get Even More From Bustle — Sign Up For The Newsletter