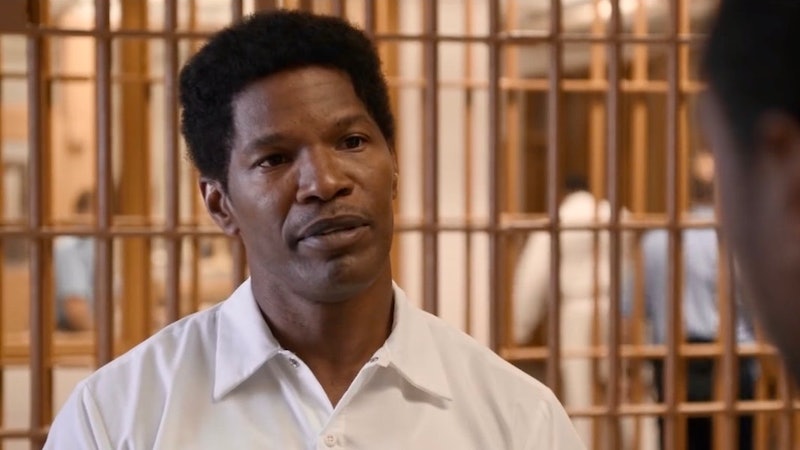 As protests surrounding the death of George Floyd, the black man who died while pinned under a white police officer in Minneapolis, continue to be organized across the country, Warner Bros. announced on June 1 that Just Mercy will be available to rent for free on various streaming platforms to encourage education about systemic racism. For the entire month of June, the 2019 legal drama film that stars Jamie Foxx and Michael B. Jordan will be free to rent on digital platforms in the U.S. The hope, per Warner Bros.' official statement on Twitter, is for individuals to learn more about “systemic racism that plagues our society" through the film.

“We believe in the power of story,” the statement read. “Our film Just Mercy, based on the life work of civil rights attorney Bryan Stevenson, is one resource we can humbly offer to those who are interested in learning more about the systemic racism that plagues our society.” It continued, “To actively be part of the change our country is so desperately seeking, we encourage you to learn more about our past and the countless injustices that have led us to where we are today.” The message then concluded with a link to Stevenson’s Equal Justice Initiative, a nonprofit for the wrongfully convicted.

Inspired by a true story, Just Mercy chronicles the work of Bryan Stevenson (Jordan), a Harvard graduate who heads to Alabama circa 1987 to represent the wrongfully convicted and marginalized who can’t afford legal representation. In his first case, he represents Walter McMillian (Foxx), a man sentenced to death for the murder of a teen girl despite evidence that proves his innocence. The film, based on Stevenson’s 2014 novel of the same name, exposes the racism and legal and political barriers in Bryan’s fight to clear Walter’s name. It also stars O'Shea Jackson Jr., Brie Larson, and Rob Morgan.

Warner Bros.’ news comes after some of the film’s stars participated in protests across the country over the weekend in Floyd's memory. Jordan was spotted at a Los Angeles protest on May 30. And Foxx also attended rallies in Minneapolis on May 29 and San Francisco on June 1, addressing the crowds at both events. "We have to make sure that once this is done, that we have to try to make change occur when it comes to police brutality," Foxx said at San Francisco City Hall, per ABC7 News. "There has to be a deterrent.”

He continued, “If that man can be handcuffed and that man can sit on that man's neck for that long and feel comfortable about it, that means he's not afraid of what's going to happen. We have to change the language. They have to be worried that, 'I could go to jail for this.' They have to respect us.”