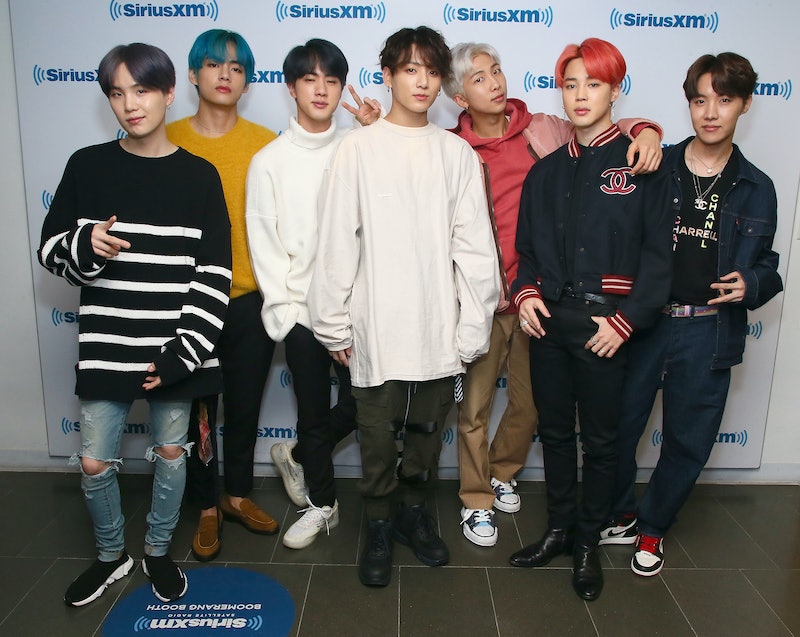 The April 13 episode of Saturday Night Live marked the return of former host Emma Stone and a cameo from Michael Keaton, but for a large portion of the internet, the real attraction was BTS' Saturday Night Live performance. The seven-member K-pop outfit has already appeared on other American television institutions such as the American Music Awards and The Tonight Show With Jimmy Fallon, but their SNL appearance marked a new milestone. And as evidenced by the prolonged screams from the crowd when Stone declared that BTS was in the building, fans were more than a little excited.

The group's fanbase, the BTS Army, would likely have been out in full force no matter what, but the fact that the performance came only a day after the release of the band's latest EP, Map of the Soul: Persona, and the video for their Halsey collaboration "작은 것들을 위한 시 (Boy With Luv)," really heightened the response. The Bangtan Boys brought a Halsey-less version of "Boy With Luv" to the SNL stage, making them the first-ever K-pop outfit to perform on the long-running sketch show.

While SNL couldn't grant the wishes of the BTS fanbase and just turn the show into an hour-and-a-half BTS performance, they did acknowledge that much of the live audience was there primarily to see BTS. During Weekend Update, host Colin Jost punctuated a series of clips of Donald Trump talking about Wikileaks by saying "you're more obsessed with Wikileaks than this audience is with BTS," which was met with a flurry of yells from the crowd that seemed to shock even the segment's co-hosts.

BTS' SNL presence was limited almost entirely to their two performances: the aforementioned American TV debut of "Boy With Luv" and a rendition of their 2017 classic "MIC Drop," from the EP Love Yourself: Her. But while BTS didn't show up in any SNL sketches, their presence far outweighed almost anything else that happened during the night — so much so that by the time the episode came to an end, the hashtag #BTSxSNL had amassed over 1.5 million tweets on Twitter, including fans screencapping their favorite dance moves and their favorite outfits, as well as opining how much they hated having to watch the sketch comedy part of Saturday Night Live (apparently, they would have much preferred a BTS-only night).

While an SNL performance is usually a big deal for musical artists, this episode marked the rare occasion that getting a particular musical guest seemed to actually be a big deal for SNL. It's not every week that SNL ends up being the top trending topic in America, and the group's presence seems to have brought a whole new audience to the show that may not usually stay up to watch live. There's no telling if BTS' SNL appearance was a one-time thing or the start of a long-running relationship, but it's clear that the merging of the two was a huge moment for both the group and the show.