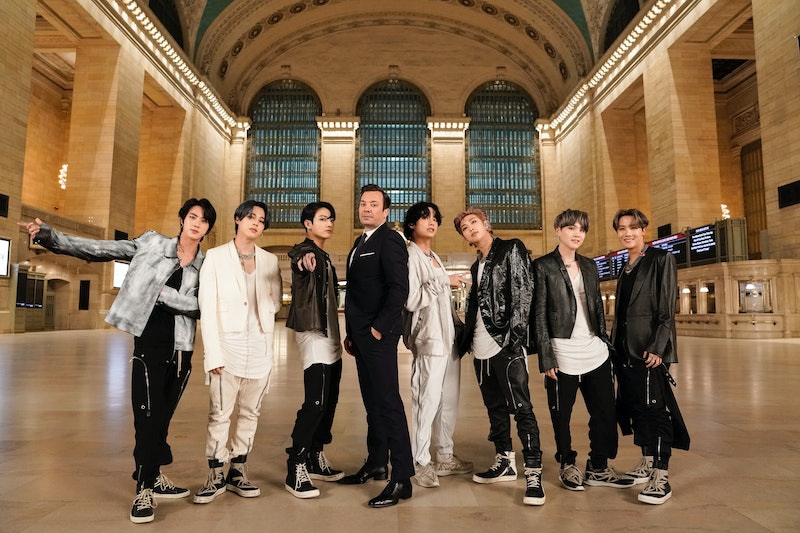 BTS performed on The Tonight Show Starring Jimmy Fallon in New York City on Tuesday. As part of the segment, the group pre-recorded a clip that took them everywhere from Grand Central Station to Katz’s Deli. For the feature, the popular band of six coordinated their looks, as is their norm. This time, however, their on-screen look was notably edgier and older. Gone were the bright colors, skinny jeans, and retro sportswear vibes. Instead, BTS chose black-and-white looks from designer Rick Owens.

While not exactly twinning, their outfit coordination was totally memorable. The members styled an array of drop-crotch pants, leather jackets, tailored blazers, and tees all in the same classic hues. And they are, in fact, the same looks that each one rocks in their music video “ON.”

Now, nearly ten years after they first came together (and only a fraction of that time since they truly hit global stardom), the seven BTS members have matured — and their personal style is constantly evolving as well. They've traded in bolder colors for more subdued tones of Celine, Bottega Veneta, and now Rick Owens.

Check out their new look in the New York City-centric video from The Tonight Show Starring Jimmy Fallon, below.