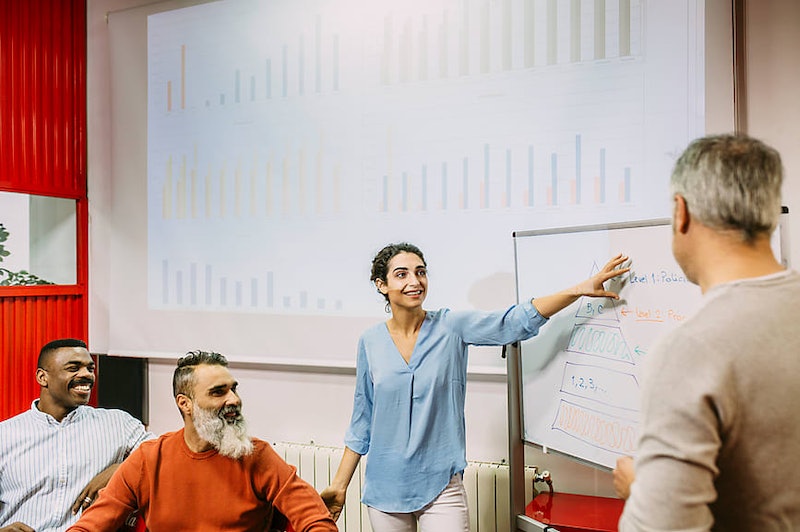 Any person with a uterus will tell you how affected they are by their monthly cycle. The peaks and troughs of being basically a huge bag of hormones can really get to you down and affect your every day life enormously. Not to mention all of its trials and tribulations that coming with chronic illnesses relating to their reproductive system. Despite this, however, many workplaces are still ill equipped to support people during their period. But one business in Sweden is set to become certified menstruation-friendly. And guys, it's time we all follow suit.

A football app start-up named Forza Football in Sweden's Gothenburg is the first company that has decided to take the mantle of this unique new attitude. The project is being led by a non-profit organisation named Mensen, which translates to Menses. Mensen was granted £44,900 by the Swedish government's Gender Equality Agency towards the end of last year, and it looks like they are putting it to good work.

Project leader for Mensen Klara Rydström said that, despite huge strides being made in Sweden towards true equality, there is still a stigma around periods. Rydström said:

Working with Mensen, Forza Football has already made key changes within their work place, such as providing free sanitary products in the bathrooms and offering flexible hours that apply to all staff. This means that employees can choose their hours and work from home on certain days. This option will likely save endless stress and anxiety levels for people who are suffering during their period.

Ugh, imagine an office job that actually acknowledged the difficulties of the likes of PMS, PMDD, endometriosis, fibroids, and all the other joys (jk) associated with the reproductive system? People at Forza Football are also encouraged to be open with fellow team members about being away from the office relating to PMS. And, if they feel comfortable doing so, they can even share their cycle information with colleagues.

So, what led to a male chief executive deciding to give this initiative a go? Well, Patrik Arnesson admitted it hadn't crossed his mind until an employee spoke to him about it:

"No one had actually told me they had to leave work to go home because of PMS. And then I actually realised that this is a problem and I haven't even reflected on it."

One of the company's staff, software developer and project manager Lisa Hammarström, spoke about how her cycle affected her and the work she was doing. She went on to say that, if people kind of knew without asking, it would make her life a lot less stressful. Hammarström told the BBC:

"I get really sad and lose all my self-confidence and self-esteem. It's kind of hard to do meetings where I need to be focused and positive. I realized that it makes things easier for me if people know what is going on and how it affects your work."

Only time will tell if the initiative actually leads to attitudes changing and, hopefully, more companies taking part.