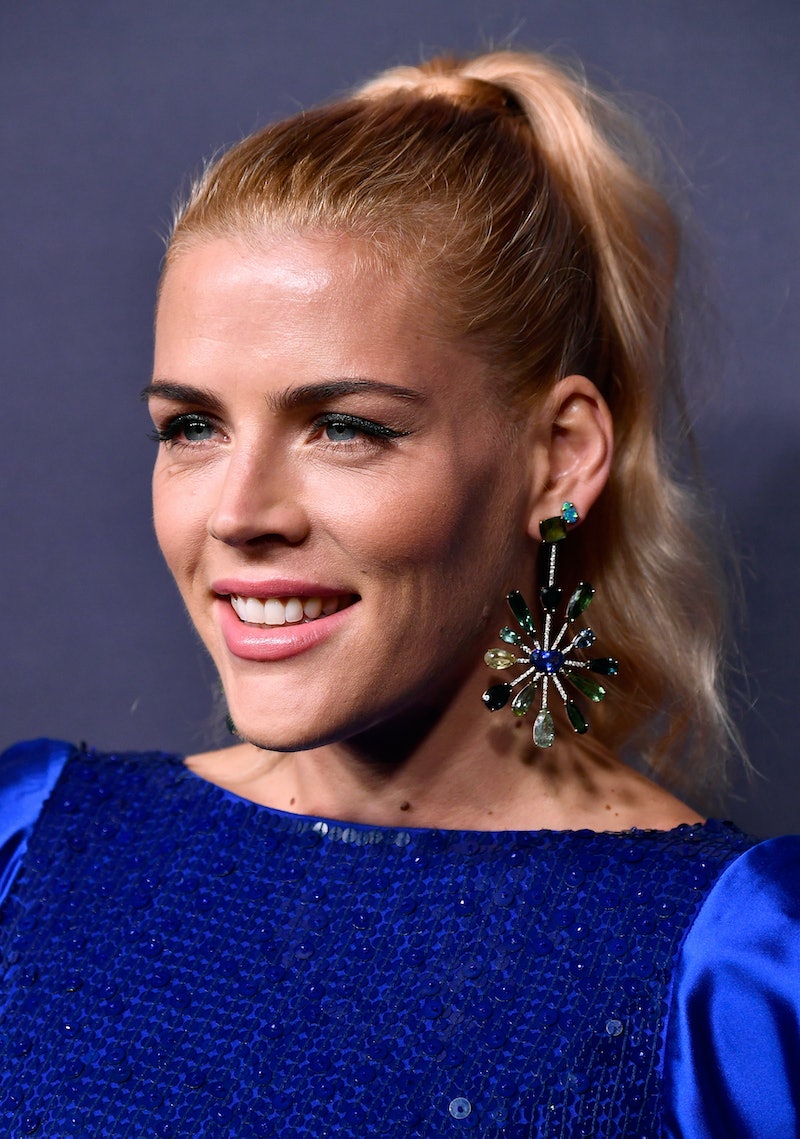 Worry, doubt, fear: Normal feelings that can reach crippling levels of intensity — better known as anxiety — even for children. On May 31, Busy Philipps opened up about her childhood anxiety, as reported by E! News, in an emotional video for the Child Mind Institute's #MyYoungerSelf campaign. Philipps didn't just share her own story, though. She used the opportunity to speak directly to kids who may be struggling with similar symptoms.

According to the Child Mind Institute's website, "anxiety is the most common emotional problem in children," and can manifest in a variety of problematic behaviors. Behaviors that most kids are too young to recognize, and too afraid of what they're going through to ask someone for help.

For Philipps — a long-time proponent of mental health awareness — her experience with childhood anxiety created a near-paralyzing sense of worry.

"I've had anxiety for as long as I can remember, since I was a kid," Philipps told the camera. "I used to lie awake in bed at night, and I would have spinning thoughts. It would be really hard for me to get to sleep, and I would be so scared that I wouldn't even go to my parents' room. I didn't want to tell them what was happening because I thought there was something wrong with me."

Anyone whose ever experienced anxiety will undoubtedly be able to empathize Philipps' story. It's what she had to say next, though — what she would tell her younger self about how to handle her anxiety — that makes the most impact:

"It turns out, there was nothing wrong with me. And once I was able to start talking about it, it relieved a lot of the anxiety and I was able to get help — therapy and sometimes medication. There's nothing wrong with that, either. I would've liked to tell my younger self not to be embarrassed or ashamed, and to open up and to talk about what's happening. Once you have the realization that what you’re going through is something that a lot of people struggle with, it feels kind of incredible to know that you’re not alone. So: You’re not alone."

Philipps is just one of many celebrities who has teamed up with the Child Mind Institute this month in order to create awareness around adolescent mental health. Olivia Culpo spoke about her struggles with anxiety, as well, and recounted how difficult it was for her to describe how the disorder was making her feel.

"I remember trying to explain to my mom the anxiety I was feeling — telling her that it was like a roller coaster feeling in my stomach or butterflies but more painful," Culpo said. "I didn’t know what it was — I didn’t know that it was anxiety. But just having that conversation and putting a label on it helped me understand that it’s something that everybody struggles with to some degree."

Other celebrities that have filmed videos for the #MyYoungerSelf campaign include Zoe Saldana, who addressed her childhood ADHD and dyslexia, Mark Ronson, who talked about his teenage panic disorder, Good Morning America's Ginger Zee, who discussed her struggles with depression, and YouTube star Gabbie Hanna, who opened up about living with an eating disorder and having body dysmorphia.

The aspect of this campaign that stands out the most, though, isn't the celebrities that have participated in it. It's the advice that they give to their younger selves, which speaks directly to kids who may experiencing similar things now. It encourages them to recognize what they're going through is normal for a lot of people, and promotes the importance of asking for help.

To learn more about childhood mental health and view all of the celebrity videos from the #MyYoungerSelf campaign, you can visit the website of the Child Mind Institute.