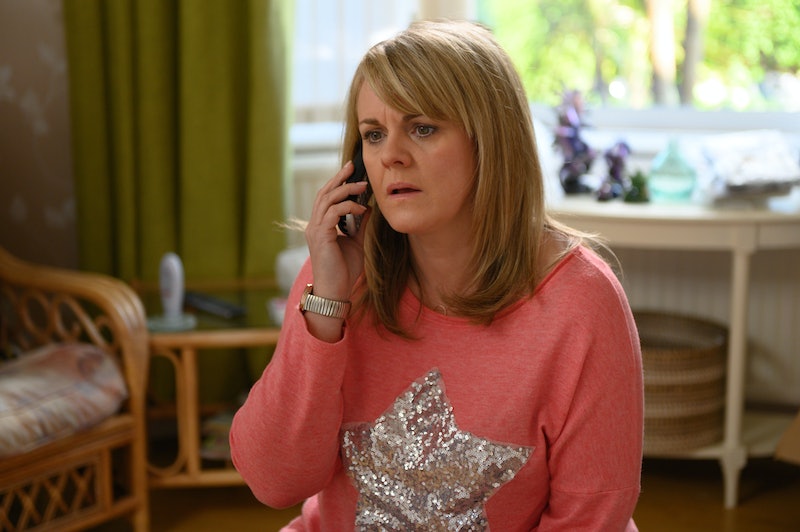 In her latest role, Coronation Street's Sally Lindsay portrays a single mother caught up in a fraudulent cold call scam, and if you're on the lookout for your next gripping TV fix, Channel 5's original drama Cold Call might just be the one for you. The four-part psychological thriller is the first original series to be picked up by the broadcaster in four years, and with a cast and plot this strong, excitement surrounding the drama is surely on the rise.

As Deadline reports, the upcoming series is written by Karyn and Mark Buckland, and set within the city of Manchester in the north of England.

Cold Call details the story of a single mother who falls victim to a cold call scam that threatens to unravel her life. Lindsay plays the character of June, who sets out to restore her family's future following the life-changing phone call, and after the death of her elderly mother, June becomes fuelled by rage, and attempts to find those responsible in an ultimate quest for revenge. The new series was green-lit by Channel 5's Commissioning Executive Sebastian Cardwell, who hopes the broadcaster will edge its way back into the world of quality television drama.

As mentioned previously, Sally Lindsay will appear in Cold Call as the series lead, and prior to filming the Channel 5 drama, the actor's life appeared to imitate art in the most literal sense. According to the Mirror, Lindsay became the target of a real-life phone scam just days before accepting the role of June in the new series. During the call, the actor was led to believe she was speaking with a gas company, who claimed Lindsay hadn't paid her most recent bill. Speaking of her encounter with the fraudsters, she revealed, "even though I knew it was paid, I was listening and half of me was believing him." Thankfully, Lindsay didn't fall victim to the scam, however, the same can't be said for her character in the new drama.

When discussing the series, the former-Corrination Street star said she was "incredibly excited" to be working with Channel 5, and described the script of the upcoming drama as being a "complete page turner," with a story that jumps off the page. As the Mirror reports, Lindsay revealed that her latest role will explore "how far a very normal woman will be stretched," and promised that Cold Call will look into a timely subject matter, which centres around "the divide of the haves and have-nots getting ever wider."

The new series is yet to receive an official release date, however Cold Call is expected to debut very soon indeed, so keep your eyes peeled.