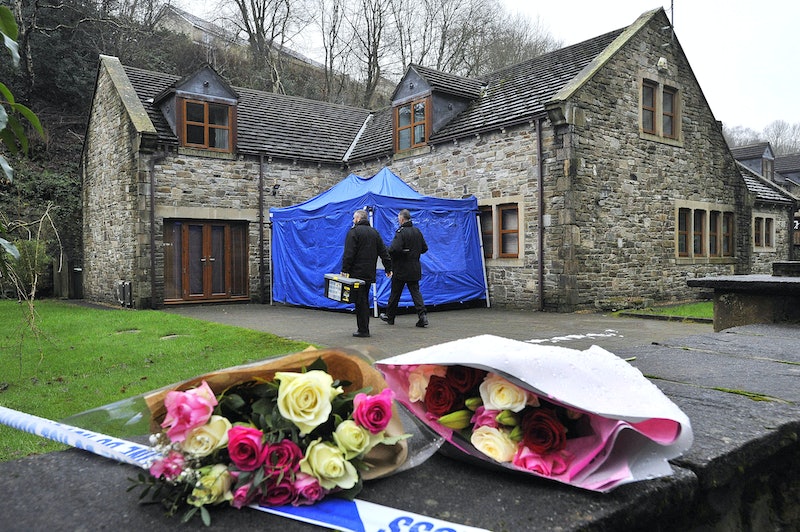 The tragic case of Sadie Hartley shocked the nation. Now the murder, which was based on the revenge of an ex-lover, is to be explored in a Channel 5's crime documentary series. The Clues That Caught The Killer tells Hartley's story and the terrifying circumstances which led to her brutal death. The crime doc also examines the breakthroughs which ultimately led to the conviction of Hartley's killers and the details surrounding this particular murder case.

As the Express, businesswoman Sadie Hartley was brutally murdered in her Lancashire home back in January 2016. The details of the attack are horrifying and are fully addressed in the show. Within days of Hartley's untimely death, Sarah Williams and Katrina Walsh were arrested. As reported by the BBC, it was later discovered that Williams had previously engaged in a relationship with Hartley's long-term partner, Ian Johnston, which led to suspicions that Williams, along with Katrina Walsh, had carried out the murder in order to win back her ex-lover.

In August 2016, Sarah Williams was sentenced to a minimum of 30 years in prison, reports the Guardian, whilst her alleged accomplice, Walsh, was handed a slightly smaller sentence of 25 years. During the trial, the jury arrived at a guilty verdict after seven hours and nine minutes, and Mr Justice Turner, who proceeded over the trial, stated that the two accused women had carried out the murder for their own "amusement."

According to The Sun, during the six-week trial at Preston Crown Court, it was revealed that Williams was previously in a relationship with Sadie's partner Ian Johnston, however, the affair came to an end after Johnston reportedly refused to leave Hartley. As reported by the Guardian, the jury were shown explicit text messages sent between Williams and Johnston just days before the murder, and were informed that police had discovered Walsh’s detailed diary — the contents of which allegedly included an 18-month plan to murder Sadie Hartley, which was compared to "the stuff of spy novels."

Shortly after their sentencing, judge Turner had some harsh words for Hartley's convicted killers, and stated that the way in which a "loving mother" was murdered meant that she was "slaughtered like an animal." According to The Sun, Mr Turner went on to say "neither of you have shown the slightest remorse," and later added "let no-one believe this was a crime of passion. It was a crime of obsession, of arrogance and of barbarity, but above all a crime of pure evil."

As reported by the BBC, ex-fireman Ian Johnston gave an emotional statement following the conclusion of the trial. He said, "No sentence imaginable could ever replace Sadie and everything she lived for. She was kind, loving, thoughtful, intelligent and the best friend anyone could have. The brutal, evil and cowardly attack perpetrated against this defenceless Sadie tore into our families, friends and communities. There can be no forgiveness for such vile behaviour."

The Clues That Caught the Killer airs at 10 p.m. on Wednesday, July 10 on Channel 5.

More like this
A New Netflix Doc Will Explore The Unsolved Murder Of Jill Dando
By Sam Ramsden
This First Look At 'The Gold' Shows Jack Lowden In A Whole New Light
By El Hunt and Sam Ramsden
Con O'Neill Was Connected With Sarah Lancashire Long Before 'Happy Valley'
By El Hunt
Spencer Matthews’ Impressive Net Worth Expands Far Beyond Chelsea
By Sam Ramsden
Get The Very Best Of Bustle/UK
Sign up for Bustle UK's twice-weekly newsletter, featuring the latest must-watch TV, moving personal stories, and expert advice on the hottest viral buys.