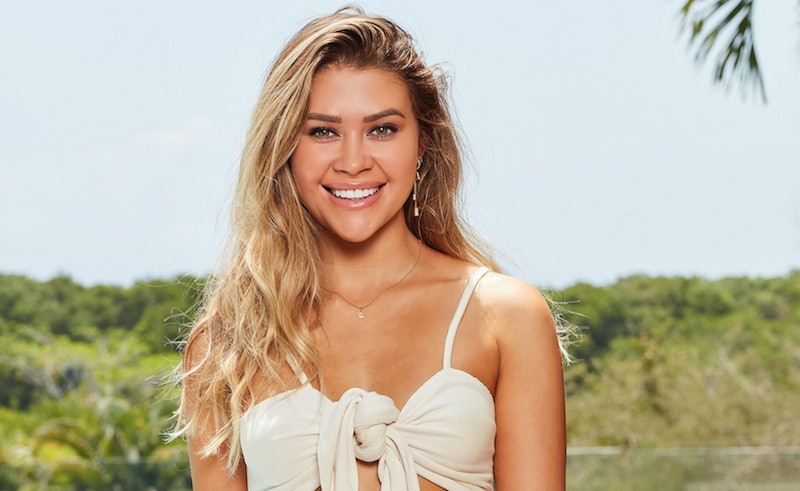 Despite the many doubts and opinions others may have had about their relationship, Caelynn and Dean appear to be happier than ever, if the Bachelor in Paradise reunion special is any indication. Rumors of their ongoing romance have existed since the start of the summer, but now they're able to open and honest about everything, which they wasted no time in doing. In fact, Caelynn and Dean's post-BiP Instagram update not only confirms (at long last) that the two of them are dating, but it also includes a special inside look at that van fans have been hearing so much about.

"We were never good at hiding our relationship... I’m happy we don’t have to anymore," she wrote in the caption of the post, accompanied by several images of the two of them together during the time they had to keep their relationship private. It's a collection of all the photos they've wanted to post for a long time had it been allowed, including an adorable picture of them time in Venice, Italy as well as a behind the scenes video tour of Dean's vans, which is apparently where they've been living since they left Paradise.

And in true Dean fashion, he made a point of commenting on the post with a message that was equal parts sarcastic and heartfelt. "Dang you really hit the lotto. he seems like a really great guy," he wrote. "I’m glad those dating rumors turned out to be true."

As Caelynn admitted in the caption, knowledge that she and Dean were still together hasn't exactly been the show's best kept secret. There were several social media clues that certainly suggested as much. Their recent flirty Twitter exchange didn't help matters either and proved that they'd all been given up on trying to hide things from fans.

But in regards to the relationship itself, these two seem to be as solid as ever, despite the fact that Dean's van has no room for any of Caelynn's clothes or possessions, given the cramped space shown in the BTS video. Though to be fair, it is a van, so that's to be expected.

“I’m surprised but I actually love it!” Caelynn said during the reunion special when Chris Harrison asked about her experience with said van. And while she hates that her decision to leave Paradise ended up hurting Connor in the process, she doesn't have any regrets about following her heart and choosing Dean. “It was just a step that I needed. It was the reassurance that I needed to leave with him," she explained on Tuesday night. "I’m very happy I did.”

It's difficult to know what the future has in store for these couples now that they're out in the real world, but they seem to be off to a good start.