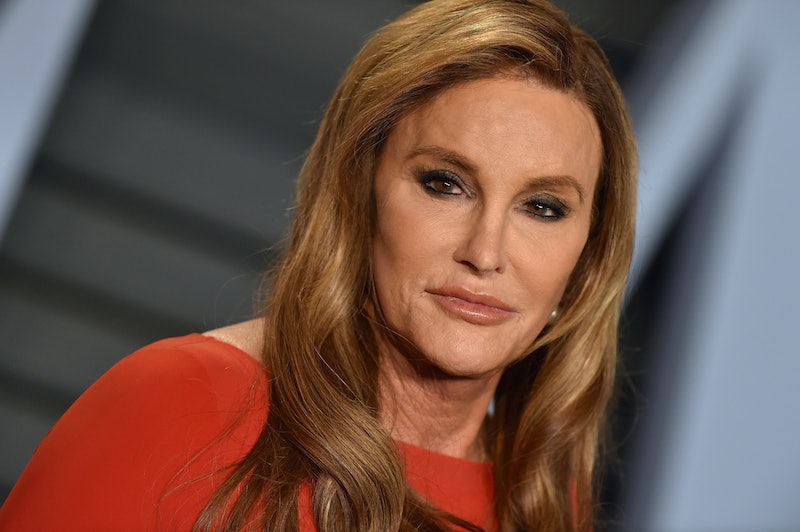 It's one of the BBC Comedy's biggest hitters and, whether you love it or hate it, Mrs Brown's Boys is clearly here to stay. Especially since news broke that Caitlyn Jenner is getting a Mrs Brown's Boys cameo, which might just gain the show a whole new legion of followers.

No, I'm not kidding. And yes, of course I'll be watching this Keeping Up With The Kardashians/Mrs Brown's Boys mashup because the world is a falling apart right now and it's important to take tiny blessings where you can.

Jenner announced her surprising appearance via her Instagram account, sharing a photo of her sitting at the now famous kitchen table in Mrs Brown's house. She's reading the local Finglas newspaper and looking wry AF. Captioning the pic, "Had so much fun shooting this funny comedy in Scotland! Mrs. Brown’s Boys!"

Jenner managed to slot the shoot during a visit to the UK that appears to have been super hectic and a seriously busy start to 2020. A working holiday, Jenner spoke in a live audience show alongside fellow I'm A Celeb star Roman Kemp as well as appearing at the National Television Awards. The Daily Mail reports that Jenner was on presenting duties, giving the Challenge Award to The Great British Bake Off, as well as winning the Bruce Forsyth Entertainment Award alongside her I'm A Celeb co-stars.

Jenner's visit to the UK was an absolute treat for fans after she became a hit with viewers during her stint in the jungle. Representing for those in their later years, at 70 years of age, Jenner was more than happy to muck in when it came to helping out in camp and in whichever challenges were sent her way.

No news yet on whether she did the dishes or not in Mrs Brown's kitchen.

More like this
Alan Carr's 'Changing Ends' Is A Witty Sitcom Based On His Own Life
By Darshita Goyal
Armani Jackson Is Following In His Famous Actor Sister’s Footsteps
By Catharina Cheung
Vanessa Bauer Is Reportedly Dating Her 'Dancing On Ice' Partner
By Darshita Goyal
The Banned 'Friends' Ad Shows Monica As You’ve Never Seen Her Before
By Sam Ramsden
Get The Very Best Of Bustle/UK
Sign up for Bustle UK's twice-weekly newsletter, featuring the latest must-watch TV, moving personal stories, and expert advice on the hottest viral buys.