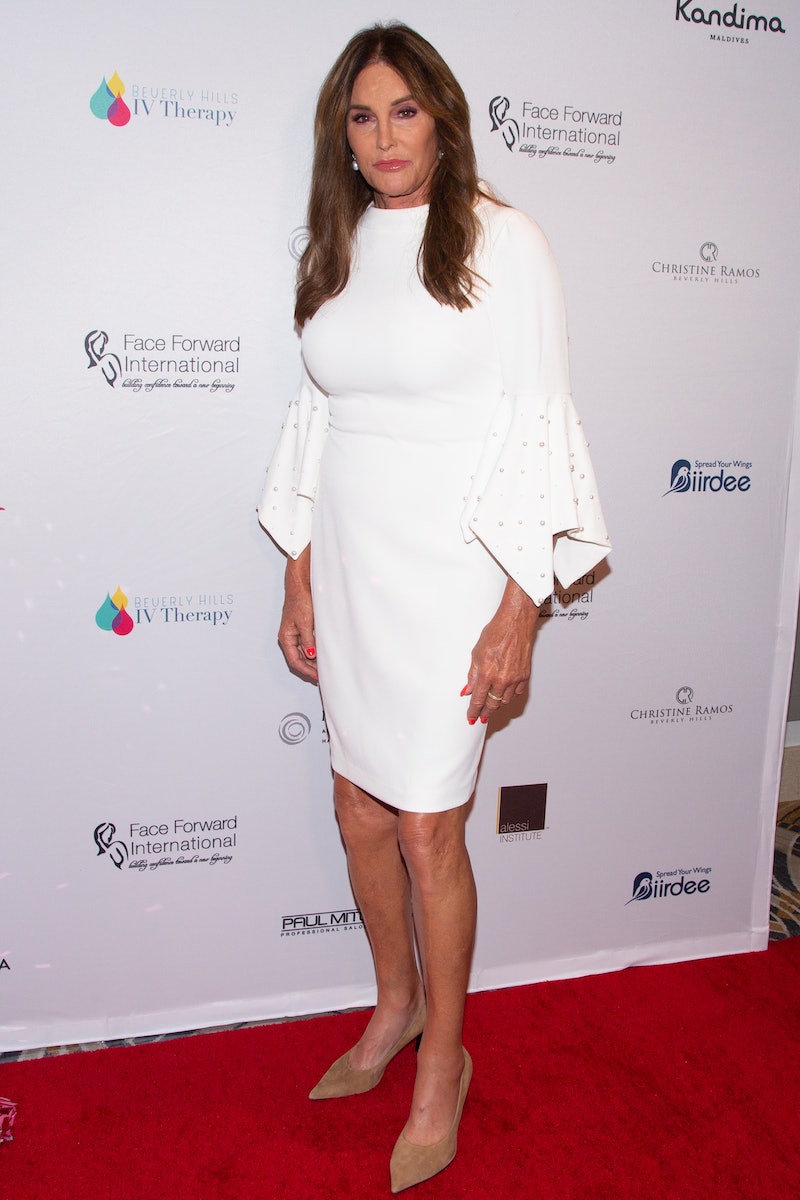 Caitlyn Jenner is no longer a regular fixture on Keeping Up with the Kardashians, but she's still talking about her very famous family on reality TV. While participating in Britain's I'm a Celebrity... Get Me Out of Here!, Caitlyn claimed she and Khloé Kardashian haven't spoken in five or six years. Khloé has not publicly responded to Caitlyn's comments on the show, which aired on Nov. 28. But the youngest Kardashian sister has been open in the past about her issues with Caitlyn, which the two don't seem to have since resolved.

Caitlyn is currently competing in Season 19 of I'm a Celebrity... Get Me Out of Here! where, in the Australian jungle, she is far from the comforts she had on Keeping Up with the Kardashians. During a conversation with her fellow campmates, Caitlyn was asked about coming out as transgender. Caitlyn explained that she told her children first, starting with her son Brandon Jenner, and that the only one to have an issue was her then-stepdaughter Khloé.

"Khloé for some reason was pissed off about something through this whole process," Caitlyn said. "Honestly, it's been five, six years and I really haven't talked to her since."

When pressed about why they have a strained relationship, Caitlyn added, "I don't know what it is and that's all I can say. Khloé and I were really close. I raised Khloé since she was five years old. I don't know what her issues are."

Keeping Up with the Kardashians fans saw the bond that Khloé and Caitlyn shared over the years. Yet, when Caitlyn came out publicly about her gender identity in April 2015, she told Diane Sawyer that Khloé was the family member who struggled with her transition the most. Caitlyn claimed that Khloé saw her as a positive male figure in her life after her father, Robert Kardashian, died from cancer. At the time, Khloé tweeted her support for Caitlyn (who she was then still calling Bruce), but their relationship has since suffered.

In the first season of I Am Cait, Khloé and Kim argued with Caitlyn about the way she was speaking about her breakup from their mom Kris Jenner. Khloé also explained on The Ellen DeGeneres Show in November 2015 that she was upset with Caitlyn for the way she came out to the family. According to Khloé, Caitlyn told her on camera while they were filming Keeping Up with the Kardashians. "We felt like we were kind of the last to know so that was hard for us. Especially me," Khloé said.

Caitlyn and Khloé were photographed with the whole family at Kanye West's New York Fashion Week show for Yeezy Season 3 back in February 2016, but that was the last public appearance the two were spotted at. Later in 2016, Khloé again expressed that she felt like Caitlyn hadn't been honest with the family to Howard Stern. Caitlyn confronted Khloé about her comment on KUWTK, and Khloé revealed she no longer had a relationship with Caitlyn.

In 2017, Caitlyn released her memoir, which upset many of the Kardashian family members. And before she gave birth to daughter True Thompson in 2018, Khloé told ITV she didn't think having a child would help mend her relationship with Caitlyn. As for the other family members, Kylie, Kendall, Kim, and Kourtney all attended Caitlyn's birthday party this year. (Khloé reportedly missed due to a work engagement.) Cosmopolitan UK also noted that Kendall and Kim have been supporting Caitlyn's latest TV endeavor with posts about I'm a Celebrity... on social media.

While Caitlyn and Khloé have actually interacted with one another over the last five years, Caitlyn's comment gets to the heart of the matter — that they no longer have the relationship they once had.

More like this
How Khloé Kardashian & Family Supported Tristan Thompson At His Mom's Funeral
By Brad Witter
Kim Kardashian & Kylie Jenner Squabble Over Skims On Instagram
By Alyssa Lapid
Kylie Jenner Clarified How To Pronounce Her Son's New Name
By Jake Viswanath
Kylie Jenner Rocked A Very Kim Kardashian-Esque Outfit At Couture Week
By Allie Fasanella
Get Even More From Bustle — Sign Up For The Newsletter
From hair trends to relationship advice, our daily newsletter has everything you need to sound like a person who’s on TikTok, even if you aren’t.