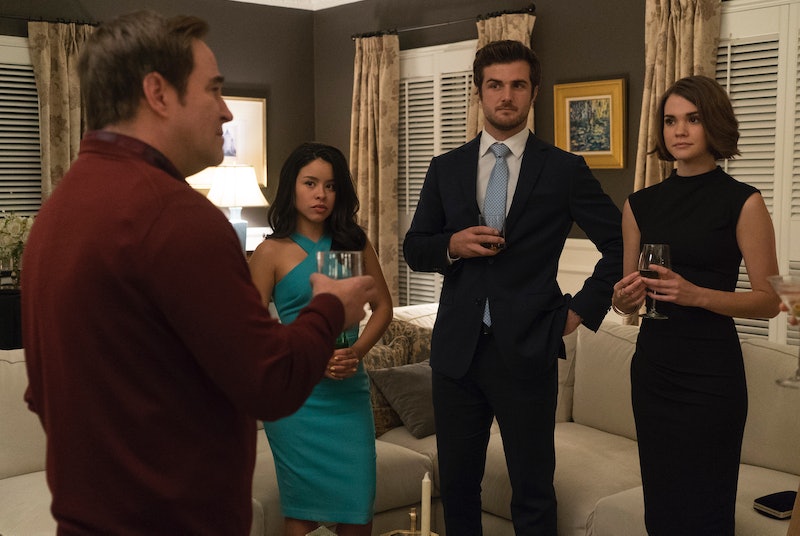 It was only a matter of time before Callie Adams Foster's luck ran out on Good Trouble. She's tenacious, and it's that tenacity that got her both where she is today in clerking for Judge Wilson and a primo spot on the Jamal Thompson murder case. It's also how she managed to hold onto the spot on the Thompson case when she told Judge Wilson that she might have a conflict of interest in knowing Malika, her roommate. But Callie, being Callie, took it all way too far, and now Callie is fired on Good Trouble from what could be one of the most important cases of her young career.

Callie is passionate, and she cares a lot about other people. That's easy to find in young people — like Callie, many younger people want what they want and they want to make it happen as soon as possible. As you get older, though, you could realize that you need to game the system sometimes, make compromises, and finesse those in power to get what you want. That's Callie's big mistake. Because Callie knows so much about Judge Wilson's personal life — his son trying to punch a police officer in Berkley, the son's getting off lightly from real charges, the Berkley police chief suddenly getting a promotion to Los Angeles — that Callie is confident that she knows how to talk to Judge Wilson to make him do her bidding.

What she's forgetting, though, is that Judge Wilson is still her boss.

She might be privy to things that Ben, the other clerk, isn't privy to when it comes to Wilson, but Callie only need take one step too far before it's all taken away from her. She ended up pushing Wilson too far on the Thompson case, refusing to acknowledge the system around her, and it didn't work.

Callie and Wilson make a big show of integrity and all that, but Callie still needs to recognize respect and reverence to her boss. He may be wrong, and he may not share her liberal viewpoints, but Wilson is a judge and the person who is signing her checks. As Jamie tells her in the episode, being a clerk can be very constricting, but it's the necessary first step to ascend to a bigger career, whether it's big-money corporate law or the kind of advocacy that Callie seems bound for. She has to learn how to play the game in order to break the rules, but right now, Callie seems to think that she makes the rules.

Wilson ends up partially agreeing with Callie's bold ideas, but he has to make an example of her — don't push, don't go too far. When you do that, at least in this point in your career, you risk alienating the people who will help push you further.

Right now, Callie needs to bide her time and play by the rules she knows she can break. And she'll have a lot more free time on her hand to do that, now that she's no longer bound to the Thompson case.

More like this
What’s New On Netflix: Meet 'The Real Bling Ring'
By Arya Roshanian
Jinkx Monsoon Is About To Get Real Sketchy
By Sam Ramsden
Kenan Thompson Pointed Out A Super True Detail About 'Friends' In His Emmys Monologue
By Grace Wehniainen
What’s New On Netflix: Camila Mendes & Maya Hawke 'Do Revenge'
By Arya Roshanian
Get Even More From Bustle — Sign Up For The Newsletter