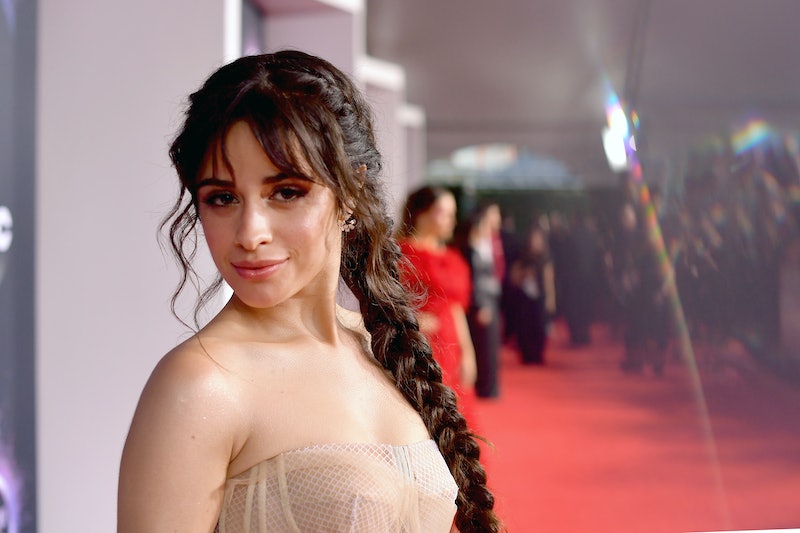 Camila Cabello has a royal confession to make. When she visited Kensington Palace recently, Cabello stole something from Prince William and Kate Middleton's homeNow the royals have responded to this theft, not with words, but with a very revealing emoji.

When Cabello stopped by BBC 1 Radio's Breakfast with Greg James this week, the English DJ spilled the tea on her royal visit back in October in honor of the BBC Radio 1 Teen Hero Awards. Specifically, he wanted his listeners to know that Cabello had come away with more than a royal handshake that day. "Don't tell anybody what my mother and I did," Cabello warned James, but the Radio host couldn't help himself.

According to James, who was with Cabello during her visit to Kensington Palace, he dared her to do something naughty before meeting Prince William and Middleton. "I said, '[You] gotta steal something. Steal something... steal that pencil,'" he said, finally triple dog daring her. "And you can't not do a triple doggy dare, If there's anything I've learned in my life, it's that," Cabello joked.

The thing is, she feels really, really bad about it, which is why she wanted to apologize to the Duke and Duchess of Cambridge on the show. "I honestly couldn't sleep last night," Cabello said. "I had to get it off my chest."

Don't worry, though, it doesn't seem as if Cabello, whose new album, Romance, drops Dec. 6, will face any punishment for her pencil stealing. In fact, William and Kate responded to this news via their official @KensingtonRoyal Twitter account. And their response was all in good fun — using just one very well-played eyes emoji.

Cabello isn't the only pop star this month to talk about a royal faux pas. Singer Kacey Musgraves recently revisited the time she broke royal protocol to high five Prince Harry — an action that got her in royal trouble. Apparently pop stars are just like us, they don't know how to handle themselves around royalty either.

More like this
Kate Middleton & Prince William Were Booed & Mocked On Their U.S. Visit
By Jake Viswanath
Kate Middleton Shares The Key To Building A "Happier Society" In A New Op-Ed
By Stephanie Topacio Long
North West Has Mastered The Wednesday Addams & Lady Gaga TikTok Dance
By Jake Viswanath
The Fan Whom Adele Scolded For Using A Filter On Their Selfie Has Something To Say
By Radhika Menon
Get Even More From Bustle — Sign Up For The Newsletter