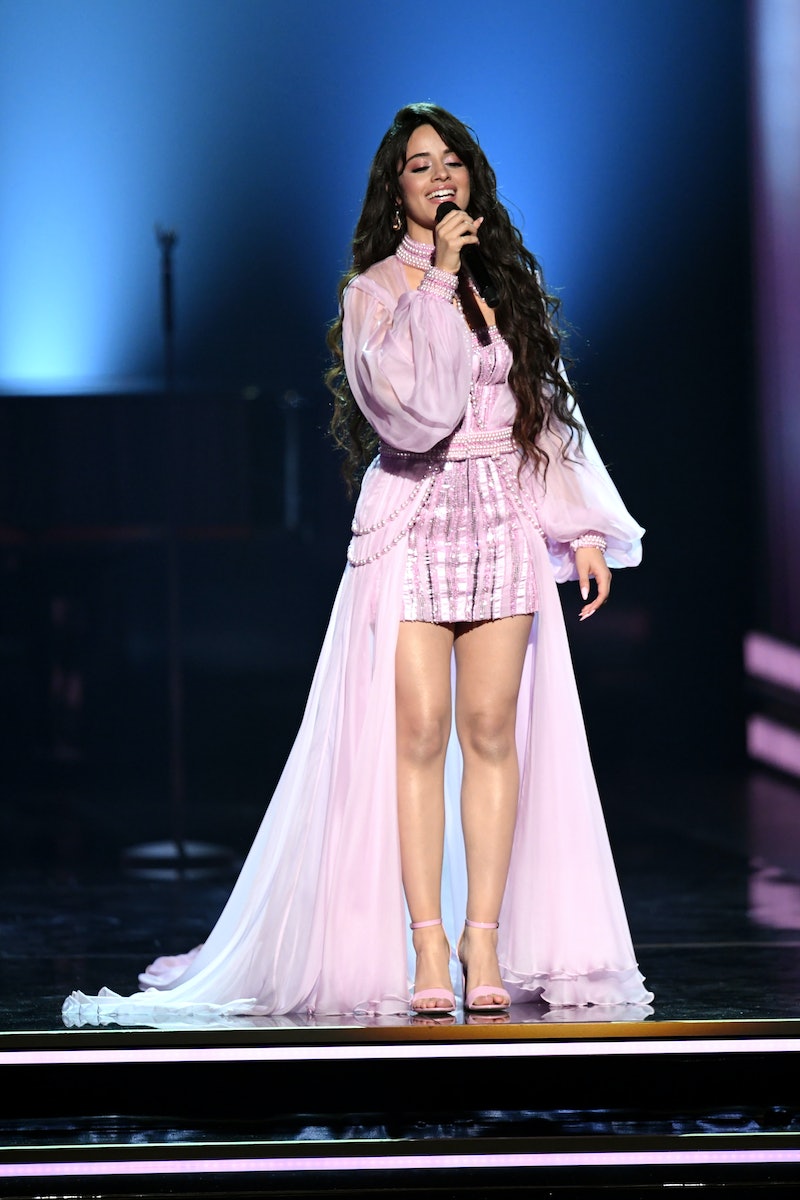 When it was teased that Camila Cabello's Grammy performance would be dedicated to someone special, fans slid to the edges of their seats, thinking it would be to her boyfriend. Alas, the performance wasn't dedicated to her boyfriend Shawn Mendes, but to her dad. She sang an emotional rendition of "First Man" accompanied by a projection of home videos from her childhood — it was an intimate performance that the internet has very mixed feelings about. Some found it slightly uncomfortable to watch, and others found their close relationship touching.

Instead of Mendes, her dad accompanied her on the red carpet before the show (and so did a new hair 'do), which was a nod to her performance. In a lilac-colored, puff-sleeved dress with a long train, she began the song at the mic stand while footage of a baby Cabello played behind her. She eventually made her way down the stage steps to meet her dad in the front row, who was visibly overwhelmed and in tears. She sang the last few lines of the song right there, from the floor, and ended it by embracing him in a hug.

Fans who were tipped off by his red carpet appearance saw the tearful moment coming, but that doesn't mean they were ready for it.

Some People Grabbed The Tissues

While Others Grabbed The Remote

Regardless of how you felt about Cabello serenading her dad, her vocal performance was at least on point the whole time (even while trotting down those steps, in heels), and that's undeniable. Also, who doesn't love a good home video?