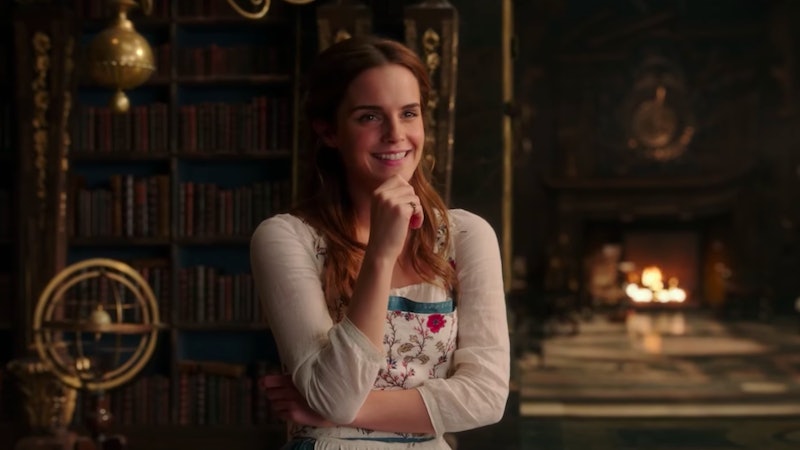 We all know Emma Watson as Hermione Granger — that's what happens when you have a starring role in a beloved franchise for 10 years. Over the year's she's branched out, with leading roles in teen dramas The Perks of Being a Wallflower and The Bling Ring, and a particularly memorable cameo in This Is The End. Now six years after the release of the final Harry Potter movie, Watson is getting ready to make her biggest step away from Hermione as Belle in Disney's live action Beauty and the Beast. When it was announced that Watson would be playing Belle, everyone had the same question: can Emma Watson really sing?

Watson became one of the biggest movie stars on the planet by playing a bookworm fighting the most evil wizard in history, so needless to say, before Beauty and the Beast, she had never sung in a movie before. "I think people will be interested to see me do something very different like that," Watson told Total Film in 2015, via Vanity Fair, about making her musical debut. "It gives me a different challenge, really. That's terrifying in and of itself," she added. By now, fans have already heard snippets of Watson singing in the film, and the verdict is in: the woman can really sing.

It shouldn't shock fans to hear that Watson's singing passes the test. She might be a global superstar, but even she had to audition to become a real life Disney princess. And it's actually something Watson was grateful for. "It gave me a sense of ownership. I would have hated to have felt I got the part undeservedly," she said in that same interview with Total Film, via Just Jared. "I had to prove I had the voice to do it." Given the fact that she wasn't handed the role on a silver platter, is it any surprise that Watson actually holds her own sining "Belle" and "Something There"?

No doubt Watson's singing in Beauty and the Beast will spark many debates among fans. Did they use autotune? Yes, but not exclusively on Watson. This is a major Hollywood picture, so you can bet they used some amount of autotune on everyone. Watson might not be headed to Broadway any time soon, but her singing in Beauty and the Beast should be good enough to secure her a place in the Disney Hall Of Fame.