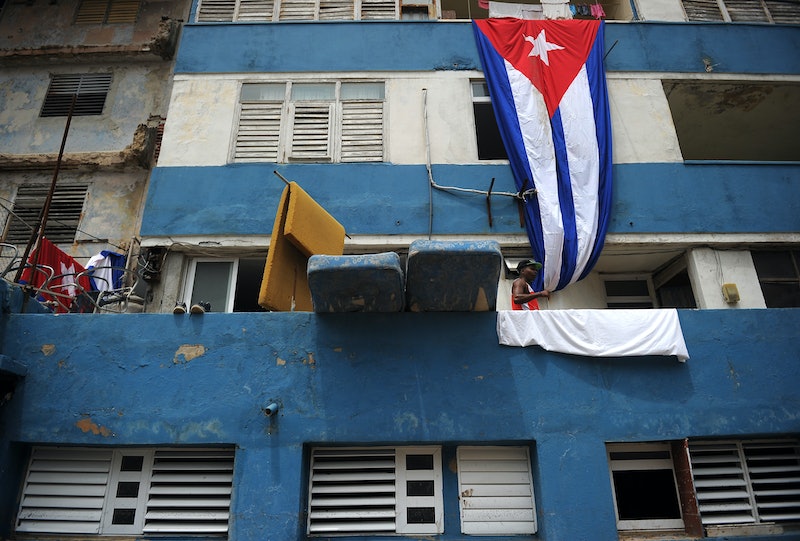 The U.S. Embassy in Havana opened on Aug. 14, 2015 for the first time in 54 years. It was meant to herald a new age in U.S.-Cuban relations, one that moved past the icy hostilities left over from the Cold War. But now, with disturbing reports of embassy personnel and their families suffering inexplicable injuries from traumatic brain damage to significant hearing loss, the United States is changing course. In an announcement set to be issued Friday, the U.S. State Department will cut its Cuban embassy staff, and warns American tourists that travel to the island nation is risky.

Importantly, the United States is not specifically blaming Cuba for the attacks on its personnel. Rather, the administration is predicted to highlight their American diplomats in Cuba expect to be protected. The curious and disquieting attacks on personnel have yet to be solved.

Starting about 10 months ago, a number of American diplomats reported falling victim to what appears to be a sonic attack. Some said they had heard a loud, startling noise that only occurred in a very specific part of their hotel rooms. Others report they heard no sound at all, but later experienced a range of symptoms — from concussions to nausea to headaches to permanent hearing loss.

In total, 21 Americans have reported symptoms, along with 10 Canadian diplomatic personnel.

The involvement of Canadian victims has somewhat complicated the investigation. Canada and Cuba have a friendly history, with none of the historic animosity that characterzies U.S.-Cuba ties. That seems to suggest that the sonic attack did not come at the order of the Cuban government, a clarification the FBI & State Department have taken pains to make clear.

Additionally, the size of the device necessary to inflict such pinpointed sonic attacks would make it difficult to move and very hard to conceal. Despite that, the FBI and the Canadian Mounted Police were unable to find any clues that might help explain how these attacks were carried out.

With symptoms as severe as traumatic brain injury and memory loss, the State Department is pulling 60 percent of its personnel out of Cuba.

It is also expected to issue a travel warning to U.S. citizens. Although there are no reported cases of tourists being targeted, some of the attacks happened at hotels. That means visiting Americans could potentially expose themselves and become a target, a scenario perhaps more likely considering the perpetrator behind these attacks remains unknown.

The case is perplexing, with reports of the attacks differing wildly from source to source. Some heard noises, others did not. Some can't remember certain words and are struggling with concentration, while others are suffering from nosebleeds, headaches, dizziness, or another one of the myriad symptoms reported.

Investigators have left open the possibility of a third-party espionage attempt from an outside hostile country, or perhaps even a rogue attack from non-governmental sources. However, nothing quite adds up, and no definite findings have been released.

Americans will still be permitted to travel to Cuba, but with the understanding they they go at their own risk.

Cuban officials have made several attempts to avert this outcome. They adamantly refute any government involvement in these attacks, and appear to be at least somewhat distressed at the breakdown in diplomatic niceties represented by the U.S. drawdown of personnel.

After conducting its own investigation, the Cuban embassy stated: "There is no evidence so far of the cause or the origin of the health disorders reported by the U.S. diplomats."

Unfortunately, that seems to be the consensus of all the investigations thus far. The sonic attack remains largely a mystery, and the State Department is apparently no longer willing to gamble with it.