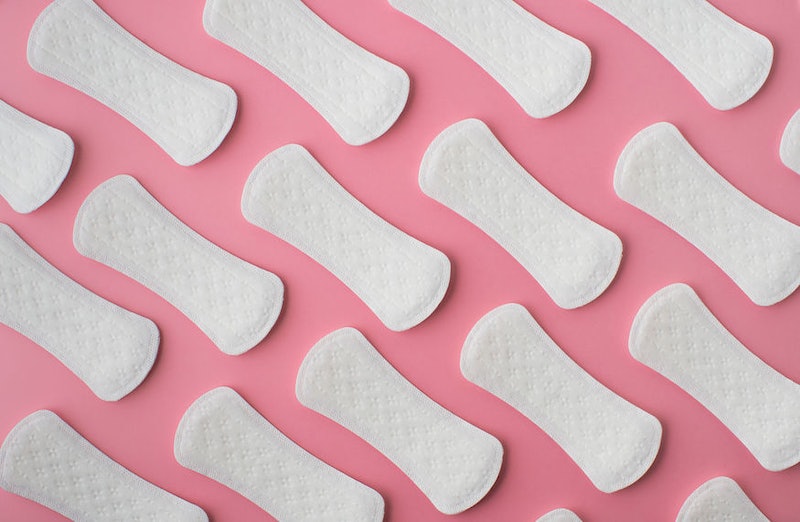 Having heavy periods can be truly detrimental to a person's life. And while they don't always have a specific cause, it's worth understanding what could be leading to excessive bleeding every month. For example, there is a belief that inflammation could cause heavy periods. However, the role this plays in the menstrual cycle is still vague. There is even a chance that no such role exists.

The definition of a heavy period differs from person to person. But the average blood loss during a period is between six to eight teaspoons, states the NHS. If you are losing more than 80ml (around 16 teaspoons) of blood each month and/or have a period that lasts longer than seven days, you probably fall into the heavy category, as the NHS website explains. Put simply, that's anyone who finds themselves changing their sanitary products every couple of hours or regularly bleeding onto clothes and bedding.

There is no underlying cause for around half of people who experience heavy bleeding, according to the NHS. But inflammation could play a part in some cases.

Pelvic inflammatory disease (also known as PID) is classed as a common condition that mainly affects sexually active people between the ages of 15 and 24, the NHS states. Its symptoms tend to be on the mild side and can include pelvic pain, pain during sex or going to the toilet, and, yes, heavy periods.

According to the NHS, PID can be caused simply by bacteria in the vagina or an STI such as chlamydia or gonorrhoea. Diagnosis can be carried out via a number of tests and, if caught early enough, treatment is usually a course of antibiotics. To prevent a recurrence, it's imperative that you finish the course and ask your current sexual partner(s) to be tested too. Repeatedly getting PID has been linked to an increased risk of infertility, states the NHS.

"It's not known 100 percent if inflammation causes heavier periods," notes pharmacist and founder of Chemist 4 U Shamir Patel. But he adds that "multiple studies have found that some anti-inflammatory medications cause heavier menstrual bleeding." Aspirin is one such medication to avoid, reports Cosmopolitan. However, other non-steroidal anti-inflammatory drugs such as ibuprofen and naproxen are recommended NHS treatments for heavy periods.

Patel also points to a 2016 study that suggests period pain could be caused by acute inflammation. This is the body's initial response to harmful bacteria or tissue injury, reports Medical News Today. The medical site says this can occur as the result of minor ailments such as cuts or sore throats, or from vigorous exercise. Being overweight or a smoker can also result in inflammation, Heathline reports, as can stress levels and alcohol consumption.

Published in the Journal of Women's Health, the 2016 study looked at the C-reactive protein (CRP for short). Levels of CRP rise when inflammation occurs. Results showed that middle-aged women with increased CRP levels were 26 to 41 percent more likely to be at risk of premenstrual syndrome (PMS) symptoms, including stomach cramps. However, researchers admitted that it was difficult to prove inflammation caused painful symptoms and noted that the results may not apply to younger women. More studies will therefore need to be carried out.

"If you're suffering from period pain that you believe is due to inflammation, I would recommend taking light painkillers and taking it easy," advises Patel. "Unlike the usual remedies such as exercising and using a hot water bottle to ease the pain, with inflammation both of these things — especially applying heat — can actually make it slightly worse."

Many other factors can contribute to heavy and painful menstrual bleeding. Dr. Sawsan As-Sanie, associate professor at the University of Michigan's Department of Obstetrics and Gynaecology, isn't aware of inflammation being a cause, but notes that "inflammation is part of the pathophysiology of endometriosis; a disease that is associated with painful periods. Many women with endometriosis also report heavy periods, but we don’t know if these are directly linked."

According to the NHS, fibroids, an underactive thyroid gland, and adenomyosis are other potential causes of heavy bleeding. Both adenomyosis (a condition where endometrial cells grow inside the uterine walls) and fibroids can also result in period pain.

The lack of clarity surrounding inflammation and heavy periods proves there a need for more research in the menstrual department.

For any period-related concerns, it's always best to visit your GP.

More like this
5 Ways To Stand In Solidarity With Women In America From The UK
By Sophie McEvoy
The UK Abortion Laws In 2022, Explained
By Sophie McEvoy
So You're Having A Medication Abortion
By Dana Smith
Side Character Energy Has Arrived — Here’s What That Means
By Sophie McEvoy
Get The Very Best Of Bustle/UK

This article was originally published on April 10, 2019