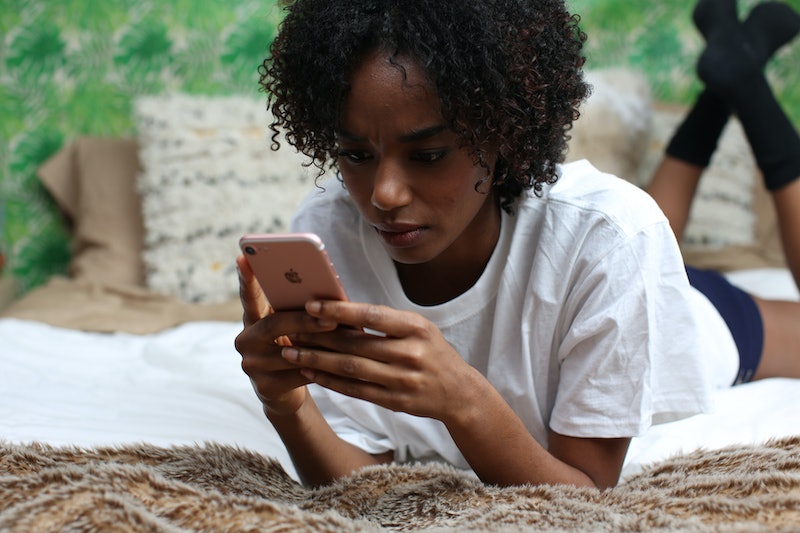 In this week's Sex IDK column, Emma McGowan, certified sex educator and writer, answers your questions about the rhythm method.

Q: I want to know more about the rhythm method and non-hormonal contraception choices that are effective with low side effects.

The rhythm method, which is also sometimes called the “family planning method, the “calendar method,” or the "fertility awareness method," is very likely the oldest birth control method humans have. Before there was the Pill, before there were condoms, before people were even using herbs to control conception, I’d be willing to bet that there were people who figured out that if you only had sex at certain times of the month, you wouldn’t get pregnant. Which makes it kind of surprising that so few young people know about this birth control method today!

One potential reason people don't use this method as much today is because there are much more effective forms of birth control out there now. (Not to mention the fact that the rhythm method doesn't protect against STIs.) We’ll get into how effective the rhythm method actually is, but I’m a firm believer in giving people more information about their reproductive choices, rather than less, especially if it means people with uteruses are better able to control their own bodies and futures.

So let’s talk about the rhythm method — what it is, what it isn’t, how people can best use it to track their fertility — as well as a couple of other non-hormonal birth control methods that can be used either in conjunction with or instead of the rhythm method.

What Is The Rhythm Method?

The rhythm method is a birth control method that works by tracking your menstrual cycle so that you know when during the month you’re fertile, aka when you're ovulating (about 14 days, give or take, after you start the blood part of your cycle). It can be used to either prevent pregnancy, or for people who are trying to get pregnant to know when sex will most likely result in fertilization.

While you might have been told at some point (most likely in sex ed) that you can get pregnant at any time of the month, the reality is that people with uteruses are fertile for about 12 to 24 hours, midway through their cycle. That’s it! Just a day!

But don’t think that this means you can have unprotected sex any other time except those 12 to 24 hours and not get pregnant. Turns out, sperm are tricky little buggers. They can live inside the vagina and the rest of the reproductive tract for up to around six days. Let’s take a look at why that’s important.

How Effective Is The Rhythm Method?

Before we get into anything, it has to be said: the rhythm method is not super effective. According to Planned Parenthood, it’s 76 to 88 percent effective to use one fertility awareness method by itself. That means 12 to 24 out of 100 couples who use only the rhythm method for birth control will get pregnant within a year. As you're about to read, it can be really difficult to get all the info you need to practice this method perfectly. But, like all birth control methods, it’s more effective when combined with other forms of protection.

How Are The Menstrual Cycle And Fertility Related?

During approximately a month-long time period, the bodies of people with uteruses who aren’t on hormonal birth control go through hormonal changes that determine what’s going on in those uteruses. The cycle begins on the first day of your period and lasts from 28 to 34 days, generally. For the first week — including the days you’re bleeding — it is extremely unlikely that you will get pregnant if you have unprotected sex, but it's not impossible.

There is the very slight possibility of getting pregnant during that time, but really only if you have a super short cycle, like two or three weeks instead of four or five, and have penis-in-vagina sex toward the end of your period. If that’s the case, then you could theoretically still have live sperm inside your reproductive tract when you ovulate. (It also means you should see a doctor, because a cycle that short could mean there’s a health issue.) But if you have a four to five week cycle, as most people do, then having penis-in-vagina sex that first week doesn’t present a real risk of pregnancy.

During the second week of your cycle, it's important to remember that sperm can live up to six days in the reproductive tract — in theory, long enough to fertilize an egg during ovulation. Just to be safe, it’s recommended that people who aren’t trying to get pregnant either refrain from sex or use a backup method during the full second week — meaning seven days — of their cycle.

Ovulation happens 14 days before your period starts. (So for people with 28-day cycles, that means day 14. For people with 34 day cycles, it’s day 20. You get it.) During ovulation, an egg busts out of the wall of the ovary and starts traveling down the fallopian tube, which connects your ovary to your uterus. It usually takes about a day for it to make that journey. That’s the time in which you can get pregnant, if live sperm makes it up there.

After that, if the egg isn't fertilized, it dissolves once it hits your uterus — and the hormonal process that triggers your period in two weeks starts. If it is fertilized, it hangs out in the fallopian tube for a couple more days, and then implants in the wall of the uterus, where it starts growing into a fetus. But if it isn't fertilized, it’s very unlikely that you would get pregnant in the last two weeks of your cycle. Once again, not impossible — you could theoretically ovulate a second time, or you could miscalculate the timing of ovulation — but very unlikely. And then, of course, the whole thing starts over again when your period starts.

How Do You Track Your Cycle?

A strong understanding of your menstrual cycle is necessary in order to track it and use the rhythm method. So how do you do that? First, you have to figure out when you ovulate — which means you have to figure out how long your cycle is. In order to get a good understanding, Mayo Clinics recommends you observe your cycle for six to 12 months and track how long it is each month. This allows you to see whether or not your cycle is regular (which is important, because if it’s not regular, then this method is not going to be as effective for you) and also when you ovulate, on average.

Back in the day, people had to write down their cycles on a calendar or in a notebook to track them. Obviously that’s still an option, but there are also a ton of apps out there now that help you track your fertility. They’ll usually tell you which days in your cycle you’re fertile, so you can either avoid sex or use a backup method if you’re trying not to get pregnant, or have a bunch of sex if you are trying to get pregnant.

There are some questions about how fertility apps use and potentially sell your data, so it’s worth doing some research into that (and deciding how much data sharing you’re okay with) before starting to use one. If you’re not into the idea of being tracked while you’re tracking your cycle, a spreadsheet or a calendar works almost as well.

There are two other ways you can track ovulation. One is by taking your temperature every single day before getting out of bed, either with a thermometer or — if you want to be high tech about it — with a fertility tracking device and app. After you ovulate, your body temperature rises by a couple of degrees. Once that happens, the next couple of days are the fertile period. After three days at that temperature, you’re no longer fertile.

Another way to way to track ovulation is by tracking your cervical mucus and recording its consistency and color every day. Your cervical mucus changes throughout your cycle, so keeping track of it can help you figure out what part of your cycle you're in. If you’re choosing either the temperature method or the cervical mucus method, it’s a really good idea to talk about it with a health care provider who can explain exactly what to do and how to do it, as well as what to look for.

What Are Some Other Non-Hormonal Birth Control Methods?

If you’re trying not to get pregnant, then using the rhythm method on its own isn’t a great idea. (If you're cool with maybe getting pregnant, however, it could be a good option!) There’s a lot of room for user error and, as I outlined above, the numbers really aren’t with you.

Any regular reader of Sex IDK knows that I am all about condoms. For pregnancy prevention, they’re 98 percent effective with perfect use and 85 percent effective with regular use. They’re also one of the few forms of brith control that people with penises get to be responsible for and they’re super effective against many STIs, including HIV.

Withdrawal — also known as “pulling out” — gets a bad rep because it’s another form of birth control that’s not very effective when you look at regular use. But when done perfectly, it can actually be super effective — only four in 100 couples using the pull out method perfectly will get pregnant within a year.

Diaphragms are a barrier method that used to be really popular, but as more effective contraceptives like the Pill and IUDs came on to the market, they fell out of popularity. But that doesn’t mean they’re not an option, especially when used in combination with the rhythm method.

A diaphragm is a shallow silicone cup that you slather with spermicide, fold up, and insert into the vagina so that it sits behind the pubic bone and over the cervix. When placed properly, the diaphragm blocks the entrance to the cervix and if any sperm sneak around it, the spermicide is there to zap them. Cervical caps are similar, but smaller. Both devices require a visit to the doctor so you can be fitted, shown how to use it, and get a prescription. With typical use, 12 out of 100 women who use a diaphragm may get pregnant within a year. For cervical caps, the number is a little higher: 17 to 23 out of 100 women.

So, is the rhythm method a good choice for pregnancy prevention? The answer to that question is the same as it is for any birth control method: It's up to you to decide. Do your research, be honest with yourself about your habits, sexual and otherwise, and choose the method — or methods — that you can get behind. Remember, as with all things sex-related, it's your body and your choice.