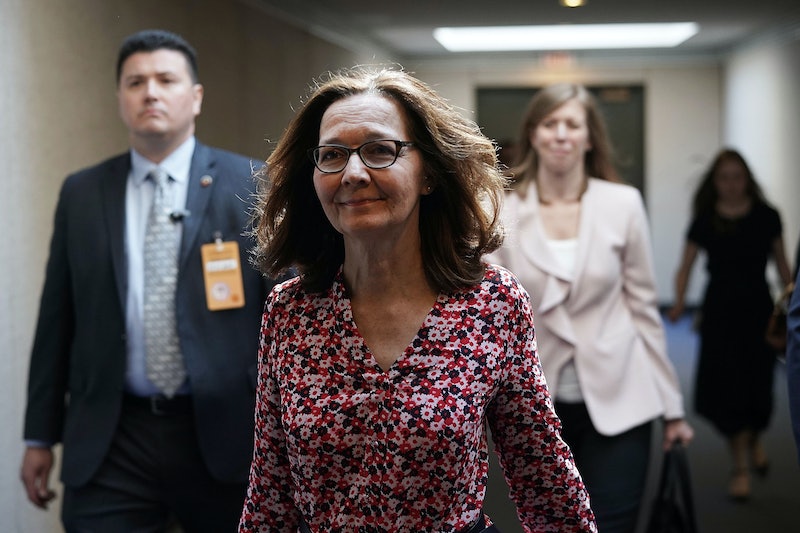 In the United States, the president is responsible for nominating Cabinet secretaries and other executive department heads — and must submit these nominations to the Senate for approval. Recent controversy over the president's nominee for director of the Central Intelligence Agency may cause you to wonder whether the Senate can actually reject presidential nominations. Gina Haspel, the CIA nominee, looks to face a contentious nomination process and could stand to be rejected by the Senate, as voting against presidential nominees is certainly something the body has done in the past. Nonetheless, rejection of nominees is actually quite rare.

Senate rejections of presidential nominees for Cabinet-level offices are actually surprisingly rare. As CBS reported, in the history of the United States, the Senate has only blocked a total of nine presidential Cabinet nominations. Fifteen other nominees have withdrawn from the nomination process, either by themselves or through having the president rescind their nomination.

The most recent president to have a Cabinet nominee rejected by the Senate was George H.W. Bush. Bush's nominee for secretary of defense, Senator John Tower, was blocked from assuming the post with a vote of 53-47. As Time reported, Tower had faced a contentious nomination hearing in which he was accused of having conflicts of interest with the Department of Defense and of being an alcoholic, among other things. During the hearing, Tower denied that he had a drinking problem.

The president with the most rejected Cabinet nominees thus far is John Tyler, who had four nominees rejected by the Senate (nearly half of the nine total rejected nominees in all of U.S. history). According to The Washington Post, the substantial number of rejections under the Tyler administration may have been due to his "bad blood" with the Senate at the time. As the paper reported, Tyler had been trying to reestablish a national bank and was at odds with the Senate over the issue.

The Trump administration has not yet had any Cabinet nominees rejected by the Senate, though some of the nominee approvals have been incredibly close. For example, Secretary of Education Betsey DeVos was approved after Vice President Mike Pence cast a tie-breaking vote in his other role as president of the Senate, allowing her nomination to be approved with a vote of 51-50. DeVos had faced a very contentious nomination process, with many accusing her of being unqualified for the job.

Trump's nominee for director of the CIA, Haspel, also looks to face a challenging nomination process. As NBC reported, there have been questions over Haspel's role in the use of harsh interrogation techniques by the CIA — an organization for which she has worked for over 30 years. Indeed, as The New York Times reported, amid this controversy, Haspel offered to withdraw her nomination for the post last week, as she was concerned that questions about her alleged involvement in the interrogation process would draw negative attention to the CIA. However, the Trump administration encouraged her to remain the nominee.

Haspel faces a hearing before the Senate intelligence committee on Wednesday and, as NBC reported, it is not yet clear how many Senators will provide support for her nomination. Indeed, one committee member, Democrat Martin Heinrich, has already indicated that he will not be voting for Haspel's confirmation, as reported by NBC.

Overall, the United States Senate clearly plays a very significant role in determining whether or not presidential nominees to lead executive departments will receive approval. Many will likely be closely watching as the Senate determines whether or not Haspel will be confirmed as director of the CIA.