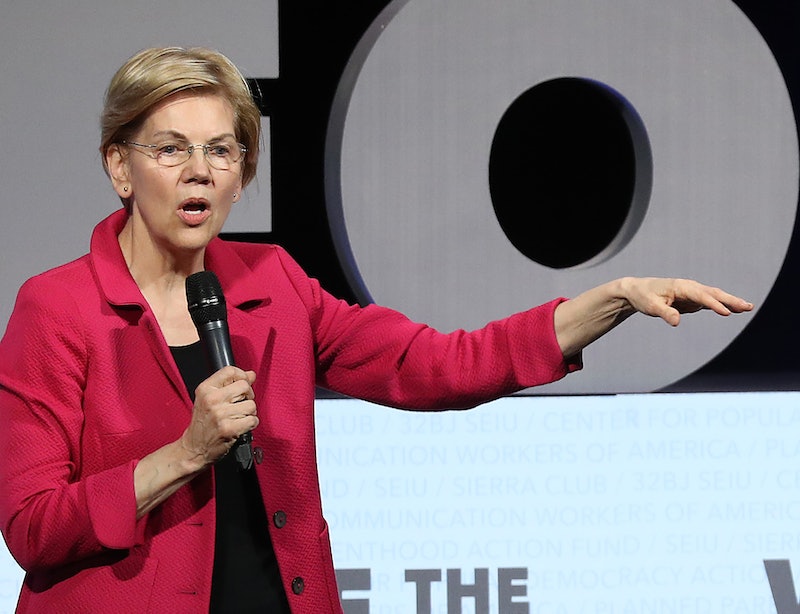 That's because the Electoral College is enshrined in the Constitution, and the Constitution can only be changed via an amendment. The constitutional amendment process is very long and complicated and can play out in different ways, but the decision largely lies with individual states (and, to a much smaller extent, the U.S. Congress). Unless a legal dispute was waged during that process, the Supreme Court would have no role in the decision.

Needless to say, it's difficult to get three-fourths of the states to agree on much of anything, let alone an amendment so controversial and politically-charged as abolishing the Electoral College. That's why some proponents of nixing the arcane electoral process have devised an alternative way of doing so, one that would potentially be much easier.

The National Popular Vote Interstate Compact (NPVIC) is quite simple. First, a state passes a law stating that, during presidential elections, all of the state's electoral votes will be awarded to the winner of the national popular vote. Then, more states pass the same law. The goal is for some combination of states with 270 electoral votes or more between them to pass a law like this; if that happened, the electoral college would still exist but would be effectively irrelevant, as the winner of the nationwide popular vote would automatically win 270 electoral votes — and thus, the presidency.

The advantage of the NPVIC is that it doesn't require the approval of three-fourths of the states; by design, it requires the buy-in of only a combination of states whose electoral votes total 270 or more to take effect. As of this writing, 14 states and Washington DC have enacted the NPVIC, according to its website; in total, they have 189 electoral votes between them. This means that, if some combination of states with 81 or more electoral votes between them pass NPVIC laws, the Electoral College will, for all practical intents and purposes, be eliminated.

One thing is for sure, though: If the Electoral College does get abolished, the nine justices of the Supreme Court won't be the ones to do it.