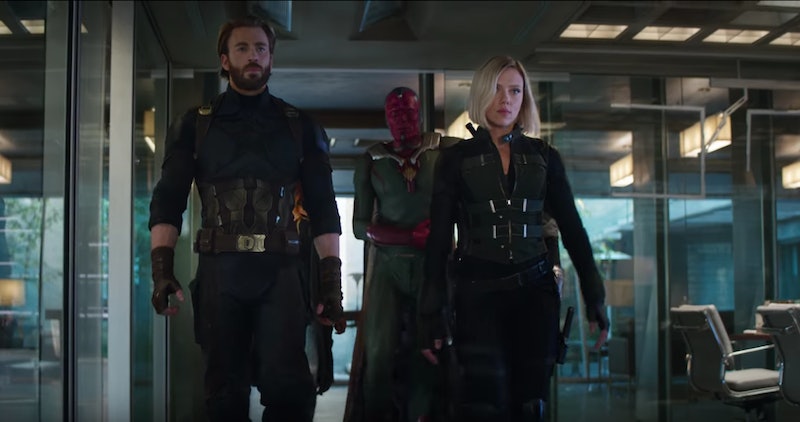 Despite Cap and the Avengers' best efforts, at the end of Infinity War, Thanos gets his hands on all six Infinity Stone and uses his gauntlet to wipe out half the population in the universe. As soon as he snaps his fingers, people start dissolving into dust. Sam Wilson, Peter Quill, Drax, Mantis, Peter Parker, even T'Challa, all are erased from existence. But not Cap. Despite taking a huge blow to the head while going up one-on-one with Thanos trying to protect Vision and the Mind Stone, Captain America got up again only to see his best friend, Bucky, dissolve to ash right in front of his eyes. Like I said, Cap suffered some major losses in Infinity War, but he hasn't lost his own life — not yet, anyways.

Just because Captain America and his beard survived Infinity War doesn't mean Cap, or the rest of the original Avengers, will stay alive for long. In fact, by being alive at the end of Infinity War, Captain America dying in Avengers 4 feels unavoidable. Every reason why fans thought Cap would die in Infinity War — his self-sacrificing nature, his compulsion to save lives, and, yes, actor Chris Evans' Marvel contract which is up after Avengers 4 — are still reasons why Cap could die in the next Avengers film. In fact, if anything Infinity War only solidified the idea that Captain America would be sacrificing himself to save others in the continuing fight against Thanos.

Throughout Infinity War, Captain America kept repeating one thing: "We don't trade lives." And he means it; unless, of course, the life being traded is his own. When faced with a choice, Cap will always choose to die if it means others can live, it's an instinct that has been in his DNA since the very beginning of Captain America: The First Avenger, and it would be foolish to think that he would just let Black Panther and Spider-Man and Bucky die, or remain dust, if he has an opportunity to save them. Until Cap makes the ultimate sacrifice, however, fans still have Steve Rogers for a whole other film. And, assuming that Avengers 4 will be Cap's last movie, here are a few things fans want to see before he dies.

Cap spent all of Infinity War wearing long sleeves, and it is tragic. Help, Captain America's biceps, you're our only hope!

OK, fans also deserve another movie of the Cap beard in all of its sexy glory. Seriously, the Cap beard is iconic, and as long as Cap lives, that beard better be on him.

The most important thing fans need to see before we say goodbye to Cap is a reunion, and hopefully a reconciliation, between Cap and Iron Man. After the events of Civil War and Infinity War, there's just no way either Iron Man or Captain America can die without fighting side by side one last time. Not only would fans be furious, but it wouldn't really make sense. And even though Tony seemed hesitant to contact Cap at the beginning of Infinity War, one assumes that seeing his protégé disappear into dust might make him more willing to reach out to old friends.

Of course, it's possible Cap won't die in Avengers 4 at all. Maybe he'll retire, finally lose his virginity, and settle down on a farm somewhere. Or maybe he'll continue to train new Avengers to take over saving the world. Whatever happens in his future post-Infinity War, at least for now fans can take comfort in knowing that he has one.