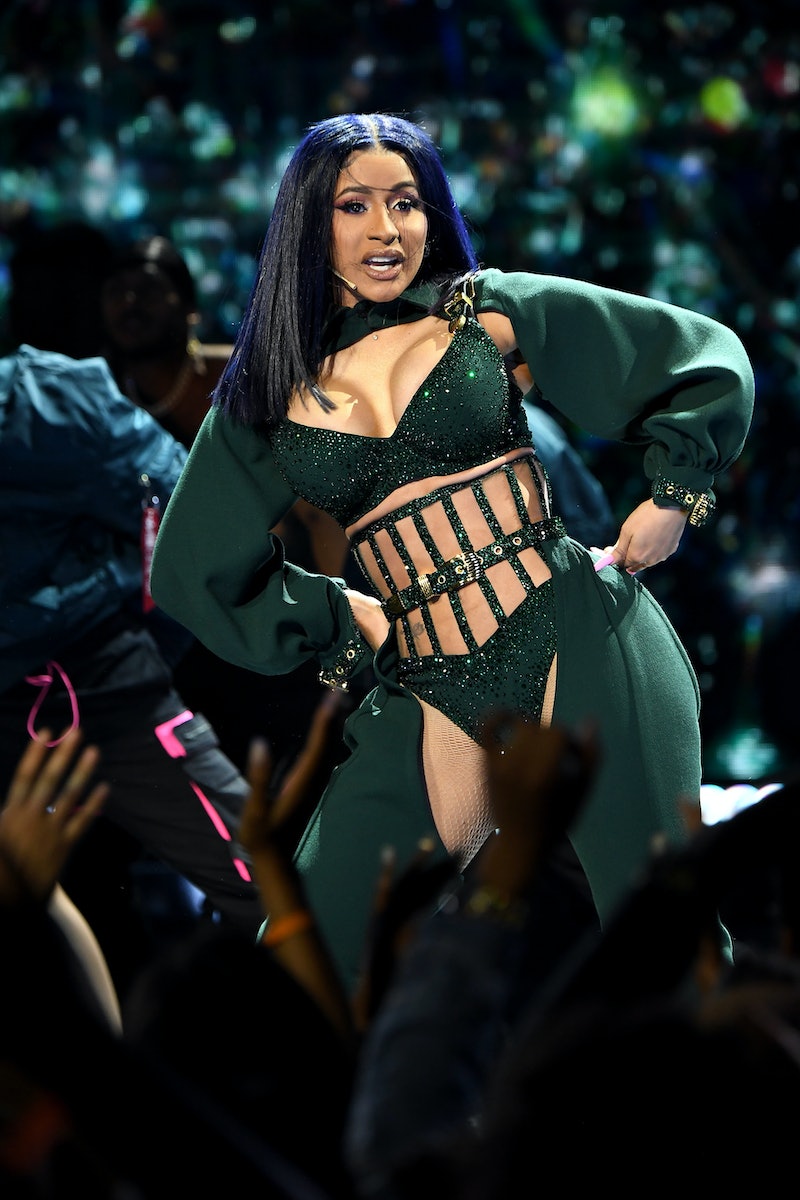 As Queen once sang, the show must go on... unless there's a threat to everyone's safety, as Cardi B recently experienced prior to a scheduled show. Cardi B canceled her Indiana concert on Tuesday, July 30, and was forced to postpone due to a pretty scary reason.

The rapper was billed to perform at the Bankers Life Fieldhouse in Indianapolis to a sold-out crowd, but, as reported by Deadline, she pulled the plug on the show before it was set to begin. According to official statements from the venue and Cardi herself, management and promoters became aware of a security threat, leaving everyone concerned for the safety of Cardi and the entire audience, forcing her to postpose the event.

Before doors opened, the venue urgently announced on Twitter that the Cardi B show would be rescheduled for September 11, and confirmed that all tickets will be valid on the new date. The promoter Mammoth Live later released a statement explaining the situation. “Due to a security threat and safety concerns at this evening’s show, management has advised that this show be postponed," they wrote on Twitter. "These threats are currently under investigation.”

Cardi almost immediately took to Instagram and apologized to everyone that had tickets to the show that night. She let fans know that she had already arrived at the venue and rehearsed for the show, and even provided footage to prove it. "Dear Indiana I just want to let you know I was in the venue today. I rehearsed and started doing glam," she wrote in her Instagram caption. "Due to a security threat that is under investigation the show was canceled."

The artist made it clear that the safety of her fans and herself was her number one priority, leading her to postpose the show. "My safety and your safety first," she explained. "I want to thank the promoters we have already rescheduled the show. Im so sorry guys I never dealt with a situation like this before and I’m not taking any chances. I love you guys."

Later that evening, the Indianapolis Metropolitan Police Department announced via their official Twitter account that the threats were currently unverified, but confirmed that an ongoing investigation was being conducted. “This evening, there was a scheduled concert at Bankers Life,” the IMPD said in a statement. “We were notified of an unverified threat to the artist and the artist canceled this evening’s concert — there is no immediate threat to public safety, this is not an active incident. Ongoing investigation.”

However, a security threat didn't stop Cardi from receiving criticism about postponing the show — one Twitter user even speculated that she really called off the show because she was too drunk to perform (based on no evidence). On Weds. July 31, the rapper clapped back at the troll in who accused her of cancelling the show because she was drunk. “This was me at 4:26pm in the venue rehearsing,” she wrote in one tweet featuring video evidence, as reported by Page Six. “This was at 5:36pm I wonder around what time I got drunk? lols," she said in another tweet. The tweets have since been deleted.

Cardi also shared footage of her getting ready to leave the venue in a since deleted tweet, declaring once again that safety was her priority, no matter the circumstances. "There still a federal investigation going on," she said another deleted Tweet. "Yes everybody could have got check but who know if a suspect was waiting outside or who he wanted to target .Im from the hood I never been a situation like that so I will avoided... IM A MOTHER MY SAFETY COME FIRST!"

Safety does indeed come first, but thankfully for fans, the show really will really go on... just in a few more weeks.

More like this
Twitter Can’t Believe The Madonna Biopic Is Scrapped & Fans Have A Solution
By Alyssa Lapid
Kim Petras Just Made Grammy History
By Jake Viswanath
Twitter Is Having A Meltdown Over Buying Beyoncé Renaissance Tour Tickets
By Jake Viswanath
Beyoncé Just Announced Tour Dates: Here's How To Cuff Tickets To Her 2023 Shows
By Jake Viswanath
Get Even More From Bustle — Sign Up For The Newsletter
From hair trends to relationship advice, our daily newsletter has everything you need to sound like a person who’s on TikTok, even if you aren’t.