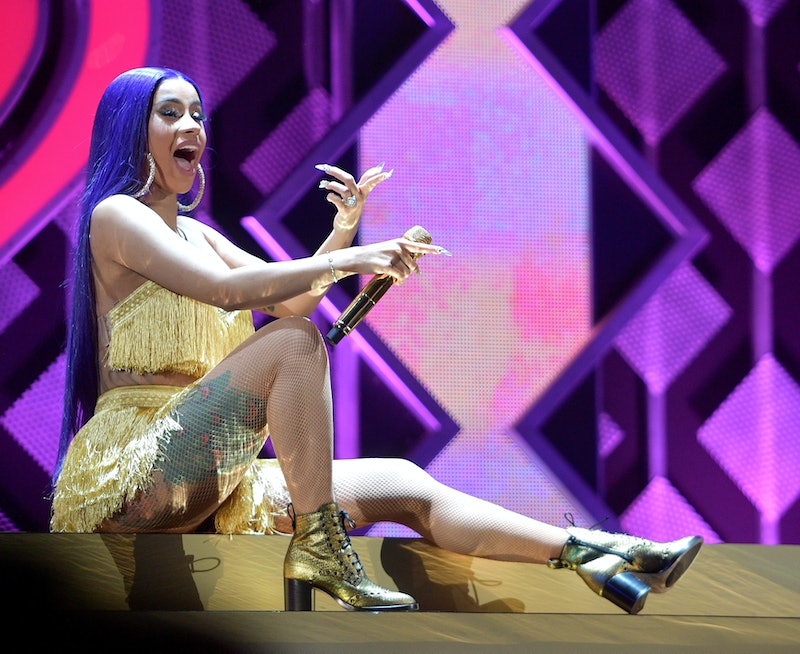 So far, 2019 has been largely dominated by President Donald Trump's ongoing feud with congressional Democrats like Senate Minority Leader Charles E. Schumer and House Speaker Nancy Pelosi. But there's a new politically-infused feud in town. Award-winning rapper Cardi B is roasting Fox News commentator Tomi Lahren on social media and Twitter is here for it.

"You're so blinded with racism that you don't even realize [that] the decisions the president you root for is destroying the country you claim to love so much," Cardi B, whose real name is Belcalis Almanzar, tweeted at Lahren on Sunday. "You are a perfect example on no matter how educated or smart you think you are you still a SHEEP!"

It was the latest response in a feud that appeared to have kicked off between the two women late last week when Lahren moved to mock Cardi B for her viral denunciation of Trump and the ongoing government shutdown. In a tweet, Lahren ridiculed Cardi B as "the latest genius political mind to endorse the Democrats."

Never one to mince words, Cardi B bit back. "Leave me alone," she tweeted at the conservative news commentator around midnight on Saturday. "I will dog walk you." For those unaware, to "dog walk" someone is to beat them up.

"I'm sure you would," Lahren tweeted back. "Still doesn't make your political rambling any less moronic. #BuildthatWall."

But judging from the long list of people — including a number of political commentators and current and former lawmakers — who have cheered Cardi B's summary of the shutdown, many likely wouldn't agree with Lahren's "moronic" label.

In a video posted to her Instagram account on Thursday, Cardi B denounced the Trump administration for ordering thousands of furloughed federal employees to return to work without pay. "Our country is in a hellhole right now," she said. "All for a f‐‐‐ing wall and we really need to take this serious."

"This is crazy," she concluded. "And I really feel bad for these people that gotta go to f‐‐‐ing work to not get motherf‐‐‐ing paid."

Later, the rapper returned to Instagram to suggest that "Trump supporters should work for free while the government is shut down to show your support."

This isn't the first time Cardi B has shown herself to be something of a political science aficionado. In profile published in GQ in April, the rapper shared her impressive knowledge of U.S. presidents and government systems as well as a keen interest in current events. In fact, she told GQ she's always paying attention to the news and gets annoyed when people assume her interest in politics and current events in an attempt to garner likes on social media.