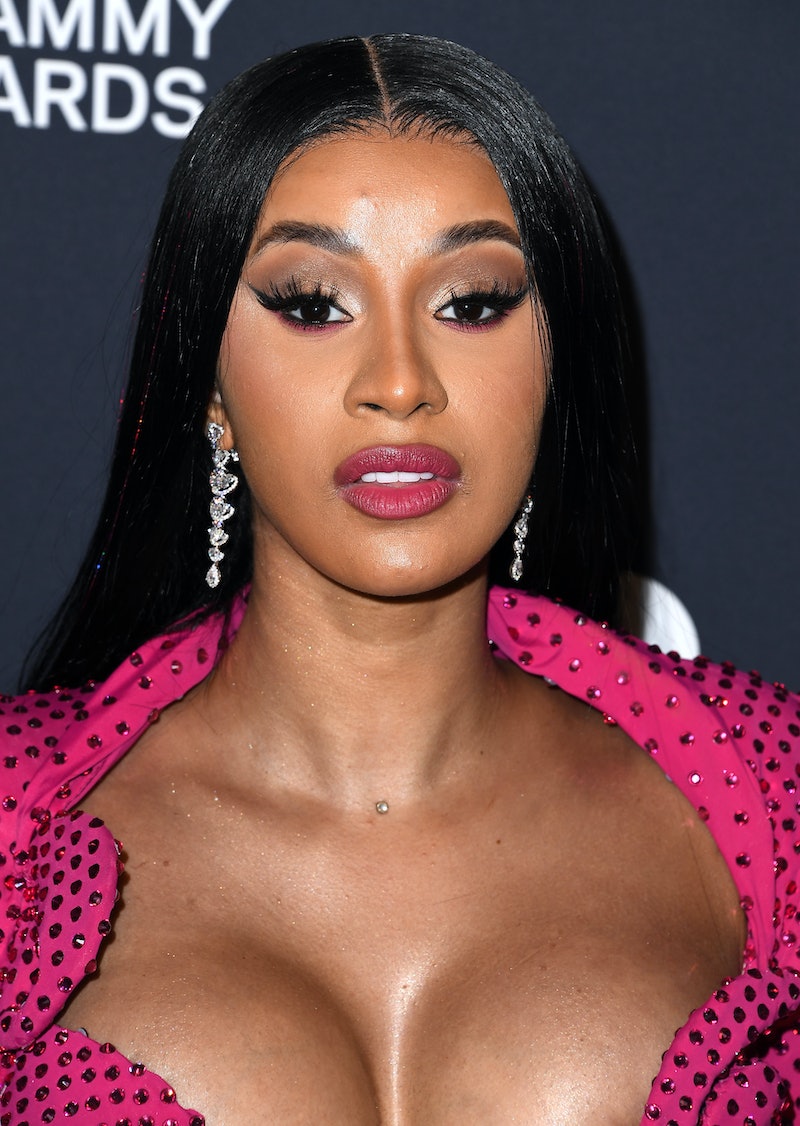 Celebrities can't get enough of Joe Exotic, but one rapper's love is next level. Cardi B wants to help Tiger King’s Joe Exotic while he’s in prison. As apparent in her numerous tweets, the Hustlers star is obsessed with the Netflix docuseries about an eccentric zoo owner (Exotic, whose real name is Joseph Maldonado-Passage) at Oklahoma’s Greater Wynnewood Exotic Animal Park. The true crime docuseries explores Exotic’s life in the park and his ultimate imprisonment for a murder-for-hire plot against animal rights activist Carole Baskin, as well as charges of animal abuse.

Over the last few days, Cardi tweeted her thoughts about the show and even insinuated that Exotic was perhaps framed by his business partners — an allegation that was hinted at in the seventh and final episode. “Carol you think you slick b*tch,” she tweeted on March 26 before retweeting a photo of Exotic with a sign that read, “Carole Baskin fed her husband to the tigers; change my mind.” She followed up with, “Who you think burn Joe studio?” and “They did Joe so dirty over and over again.”

Cardi then asked, “Who you think is more wrong ? Narcissist joe? Or Greedy Carol?” When a follower implored for her to “chill out” with the spoilers, Cardi tweeted, “IM NOT DONE YET NEITHER ...I’m just anxious sh*t too long.” She shared her last tweet on the matter on March 27, and said she wanted to start a GoFundMe page for Exotic. “He shall be free,” Cardi wrote.

Netflix’s Tiger King: Murder, Mayhem and Madness debuted on March 20, and propelled Exotic into the pop culture zeitgeist in the age of COVID-19 quarantine. A self-proclaimed “gun-toting, gay polygamist" who considers himself the most prolific tiger breeder in the U.S., Exotic was sentenced to 22 years behind bars in January for the murder-for-hire plot again Baskin and violations of the Endangered Species Act.

Cardi isn’t the only celebrity who has been gripped by the docuseries. After TVLine reported that Kate McKinnon would play Baskin in an upcoming limited series based on the wildlife rivalry, Dax Shepard expressed an interest in the role of Joe. “If I don't get cast as Joe Exotic in the eventual biopic, Hollywood is broken,” Shepard tweeted on March 25. Edward Norton, however, felt better suited for the job. “Um, step aside, pal,” he replied to Shepard. “You’re way too young and buff and you know it. You could probably pull off Maldonado still, actually. Wouldn’t that be fun?”

While she's probably not going to end up getting Exotic free, Cardi definitely deserves a role in the Tiger King series or hypothetical biopic. Or both.

More like this
'The Queen’s Gambit' Season 2 Tweet Wasn’t From Anya Taylor-Joy
By Mary Kate McGrath, Jack Irvin and Grace Wehniainen
Ashton Kutcher Wants Danny Masterson “To Be Found Innocent” In Rape Retrial
By Jake Viswanath
'The Crown' Season 6 Has Suspended Filming "Out Of Respect" For The Queen's Death
By Bustle Staff
Here’s Everything Coming To & Leaving Netflix In February
By Jake Viswanath
Get Even More From Bustle — Sign Up For The Newsletter
From hair trends to relationship advice, our daily newsletter has everything you need to sound like a person who’s on TikTok, even if you aren’t.