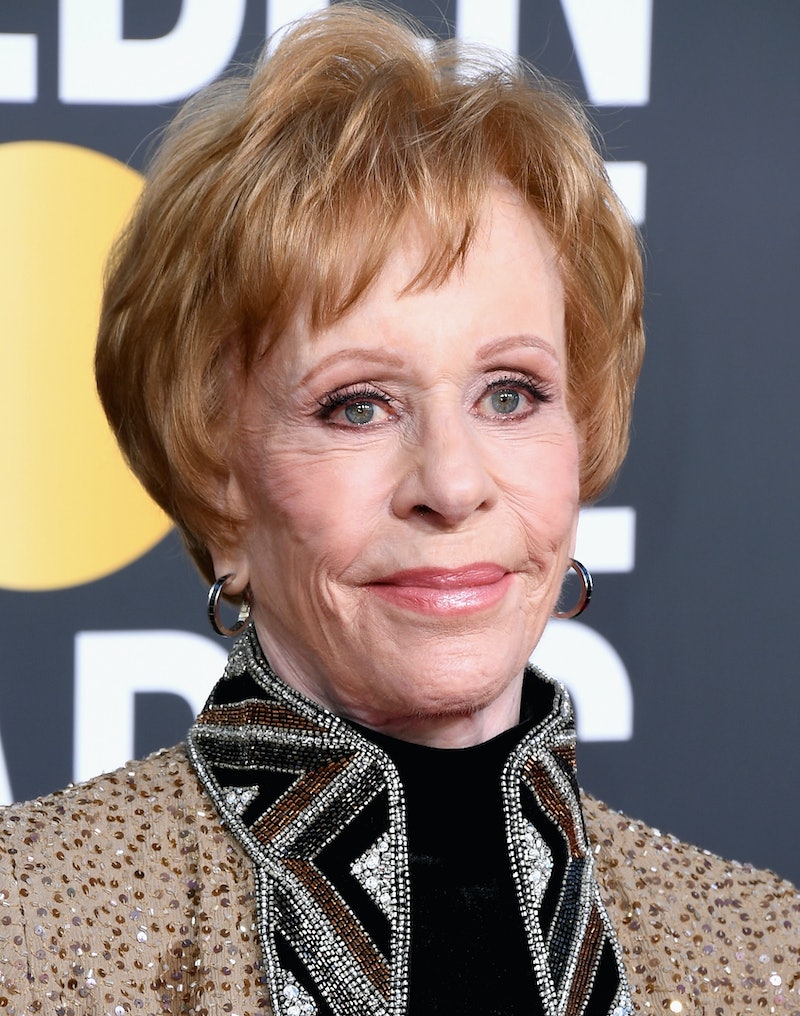 The Golden Globes aren't just about celebrating film, they're about celebrating television, and Sunday's ceremony included a rousing celebration that reminded audiences why we love entertainment in the first place. Television's newest honor could not have gone to a better person. And Carol Burnett's lifetime achievement speech at the Golden Globes was touching, not bereft of jokes, and a great way to kick off this new Hollywood tradition.

This is a new award, recognizing a lifetime of achievement in and contributions to television, while the Cecil B. DeMille Award at the Golden Globes still recognizes lifetime achievement in film. Considering that the Globes honor both mediums, it's about time! Not only is Burnett receiving the inaugural award, it is going to henceforth be named after her.

"Does this mean I get to accept it every year?" Burnett laughed during her speech.

While millennials may best know Burnett from her film work in Annie (and maybe also Noises Off! and the Wonderful World of Disney's Once Upon A Mattress) she's truly a television icon... not to mention a comedy icon and a feminist icon to boot.

The Carol Burnett Award was presented to Burnett by Steve Carell, who had some jokes himself. Burnett accepted to a standing ovation, and then made a speech — which was more heartfelt than hilarious.

"I am really gobsmacked by this," she began, and talked about how her first love was the movies. "Later, when I was a teenager," she said, "we got our first television set, and I had a new love. But regardless of the medium, what fascinated me was the way the stars on the screen could make people laugh or cry or sometimes both. And I wished, and I hoped that maybe, just maybe some day, I could have the chance to do the same thing. Well, those childhood dreams came true."

"Sometimes I catch myself daydreaming about being young again," she continued, "and doing it all over. Then I bring myself up short when I realize how incredibly fortunate I was to be there at the right time."

She talked about how the show couldn't be made today, with a full orchestra and a crew that became a family, and not a lot of competition from cable and streaming networks that makes the competition to stay on the air so much harder now. But to cap off the speech, Burnett signed off in the same way she did on her show, but not before thanking everyone and considering the legacy she's starting with this award one more time.

"Here's to reruns and YouTube," she joked, as mediums like that are the only way for fans to watch The Carol Burnett Show in 2019.

"So this award, oh my gosh, so generously named after me," Burnett said, "is dedicated to tall those who made my dreams come true, and to all those out there who share the love I have for television and who yearn to be part of this unique medium that has been so good to me. I'm just happy that our show happened when it did. And that I can look back and say once more I am so glad we had this time together."