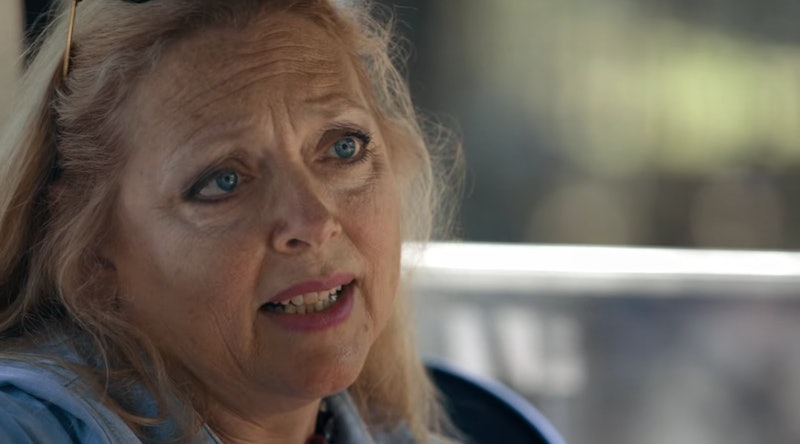 There is one universal truth about reunions: not everyone wants to attend. Case in point: Netflix's Tiger King bonus episode, which has yet to be confirmed by the streaming platform. Carole Baskin won't be in the new Tiger King episode. In fact, she claims she wasn't even asked.

A representative for Carole Baskin confirmed that the Big Cat Rescue founder, and Joe Exotic's long-time rival, has ended her relationship with Netflix and the directors of the documentary. "We have not been approached about a new episode and would not participate if asked," Baskin's team told Entertainment Weekly in a statement. Meanwhile, Netflix has yet to confirm the bonus episode. Bustle reached out for comment, but did not receive an immediate response.

The animal rights activist's reluctance to participate isn't surprising. Baskin has publicly slammed the Tiger King producers for their "salacious and sensational" documentary series, which suggested that she may have been involved with the 1997 disappearance of her second husband, Don Lewis. "The series presents [this accusation] without any regard for the truth or in most cases even giving me an opportunity before publication to rebut the absurd claims," Baskin wrote in a blog post titled "Refuting Tiger King" that she has continued to update as the series has gained attention. "They did not care about truth. The unsavory lies are better for getting viewers."

While Baskin has maintained that she had "no involvement" with Lewis' disappearance, the popularity of Tiger King has reignited interest in the cold case. On March 31, a Florida Sheriff asked his Twitter followers to offer up any new leads related to Lewis' mysterious disappearance, and on April 6, the ID Channel announced they had greenlit a Tiger King "sequel" that would investigate the case once more.

"Love her or hate her, Carole is now in the center ring of the big cat circus," the ID network wrote in a press release obtained by Bustle. "Is she a selfless crusader and protector of animals, who found unimaginable strength despite the mysterious disappearance of her husband?" The series also promises "secrets only Joe knows" and "exclusive footage," related to Lewis' disappearance and the other investigations mentioned in Tiger King. From Netflix to the ID Channel, clearly, there's plenty more of the story for Tiger King fans to continue to obsess over.