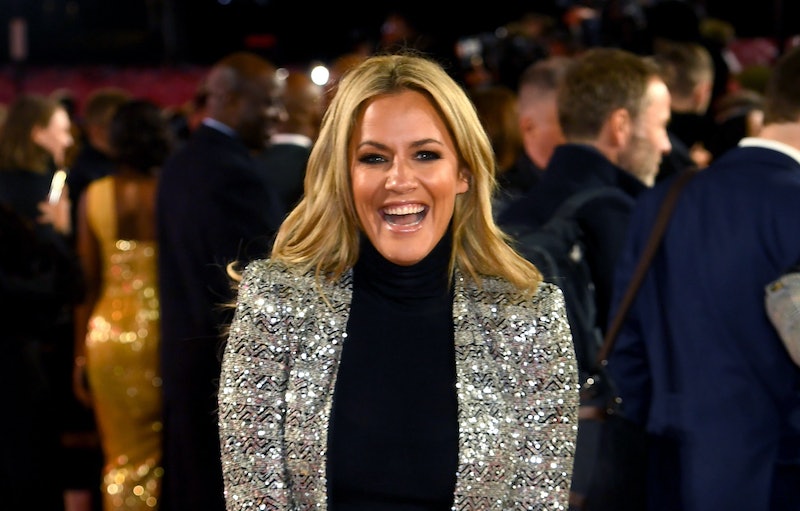 After a few days of pretty intense speculation, ITV have announced who'll be filling the boots of former host Caroline Flack. In a super supportive and positive move, Caroline Flack has responded to Laura Whitmore taking over as host on Winter Love Island.

Flack took to her Instagram account to share her feelings about it all via her stories. She opened up to her followers, sharing that she's "glad" it's Whitmore taking over. Flack also said that the new host "loves Love Island" as much as she does.

After addressing the new host she went on to thank everyone for all of their love and support during what's been a very difficult time for the star. According to the Guardian, Flack is due to appear on bail at Highbury Corner magistrates court on Dec. 23 after being charged for assault by beating on Dec. 12.

She also shared a post from the man behind the hilarious voice overs on the show. Iain Stirling, despite being chuffed about his girlfriend Whitmore taking over the mantle, is sad not to have Flack joining him and all the team in sunny South Africa.

In Stirling's post he said even though he's "sad" she won't be on board for this season, he totally understands, "her decision to step down from the series."

Not only is he supportive of her decision but her work too, finishing with how she "should be so proud of her achievements" during her time on the show.

Flack showed her appreciation for Stirling's support, sharing his Instagram post about her and adding "I love you thank you Iain." Adding, "good to have you and your lady together."

The whole team plus new contestants and host are due to jet out to South Africa in the upcoming weeks ahead of the Jan. 8 launch of the first ever Winter Love Island. Say hello to the best winter of your life.