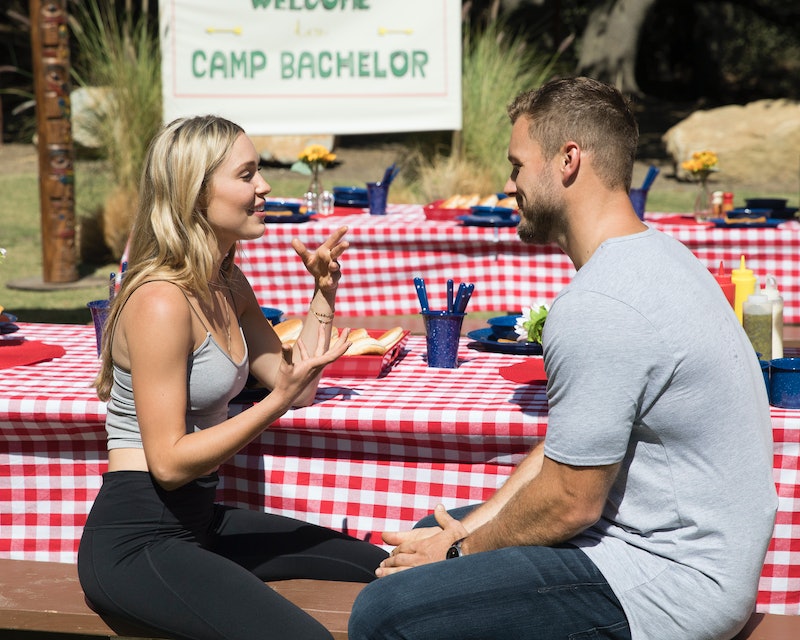 Some heroes don't wear capes. When it comes to a show like The Bachelor, it's easy for the mothers, fathers, and other parental figures on hometown dates to just roll over and give the Bachelor permission to propose to their daughter even though they know that they barely know each other. Most parents pretend to be tough and then give their blessing or permission in the name of making the show. But not Matt Randolph. No, Matt Randolph suffers no fools as he showed during the hometown dates and his arrival in Portugal this week. Yes, Cassie's dad on The Bachelor flew across the world to make sure his daughter didn't make a very bad decision by marrying someone she just met while filming a reality show. On social media, fans were aghast as to whether Mr. Randolph is a hero and more Bachelor families should follow his lead, or if he was totally out of line.

Bachelor viewers, whether watching for pain or pleasure, have to suspend the belief that there's no way that a relationship can work after knowing each other for 38 minutes and saying things like, "I'm here for the right reasons." But it's different when it's your daughter, so Cassie's dad, fresh off of hometown dates, flew to Portugal, where The Bachelor fantasy suite dates were taking place, in order to talk to Cassie about how serious an endeavor marriage and that she shouldn't rush into it lightly — like decide to marry Colton after four dates.

The whole conversation was very calm and dad-like, with Cassie explaining that she wanted her parents to be more supportive. Cassie, they're trying to help you! Mr. Randolph simply wanted to make sure that his daughter didn't feel forced to make a decision that she isn't ready to make. That's what parents and loved ones are there for — to act as a mirror when you're lying to yourself. "I thought going home would... make everything more clear. But it made me doubt things a little more," Cassie told her dad. And Matt Randolph gave the best dad advice and said that he knows that she'll find her true partner whether it's now or later, and that she simply has to follow her heart. He also said he'd be there to support her no matter what and Twitter was there for it.

Look — women are not chattel and we do not need permission to do anything, let alone get married. Cassie is an adult and can make her own decisions. But Matt "Not With My Daughter, You're Not" Randolph has his daughter's best interests at heart, which is why he needs to give his fatherly advice. Cassie is free not to take it, but if you're as close to your family as Cassie is to her parents, you're always going to listen to their opinions. You can leave it on the table, but you're going to at least entertain it while he's talking.

Will Cassie's dad's speech make Cassie change her mind about Colton? It's clear that Cassie totally cares for Colton, but marrying him might be, in her mind, far off for now. The problem with The Bachelor is that the show basically forces you to propose when it should be perfectly reasonable to say, "We like each other. Let's hang out more." Those were the days.

Cassie is an adult woman, but Cassie's dad does have more life experience with this sort of thing. Also, he's not swept up in the adrenaline and false pheromones that a show like The Bachelor tends to create. Cassie's dad is just looking out for her, and he may completely change the course of Colton's Bachelor season if Cassie opts not to continue her journey. She was clearly on the fence, and it's better to end it now than break Colton's heart later.