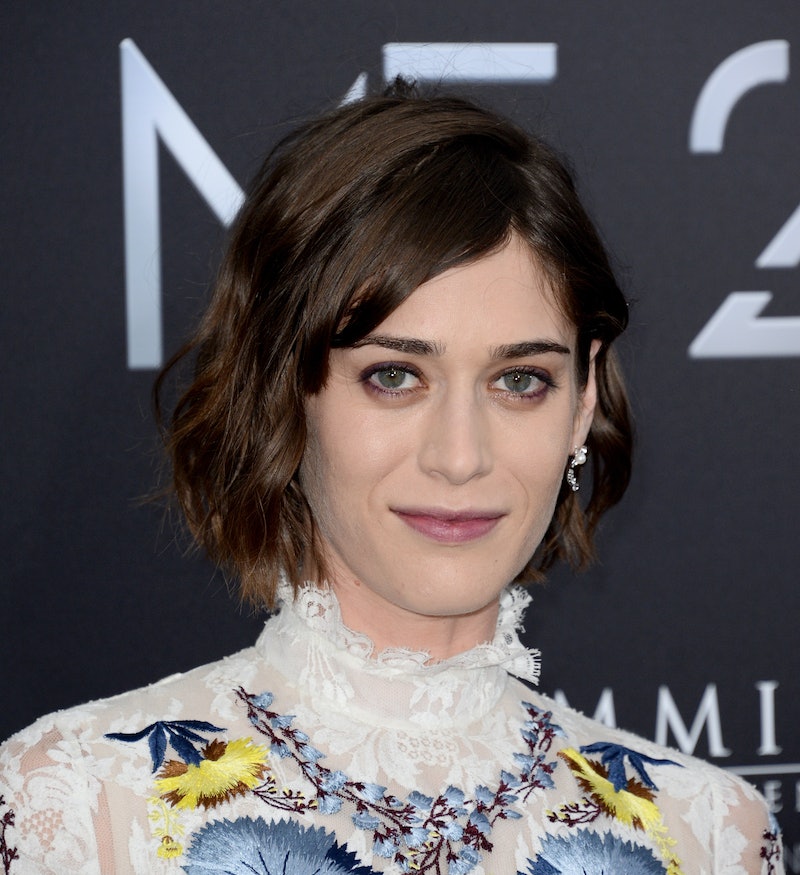 Be prepared to be scared, y'all: the original King of Horror himself, Stephen King, is back with a second season of Castle Rock. Deadline reported on Wednesday, March 20, that Hulu's psychological drama would return with a brand new cast, and, let's just say it's a pretty impressive roster. In fact, the Castle Rock Season 2 cast proves the show is getting even creepier, and the list also hints at a potential Misery crossover.

Season 2 of the horror anthology series from J.J. Abrams and Stephen King will star Lizzy Caplan as nurse Annie Wilkes, the number one fan to end them all — literally, with an axe. Caplan will play a younger version of Kathy Bates' iconic super-fan, a role that won the actor an Academy Award for Best Actress in 1991 (a year when horror performances were appreciated—justice for Toni Colette in Hereditary). Deadline summed up Season 2 like this: "A feud between warring clans comes to a boil when Annie Wilkes, King’s nurse from hell, gets waylaid in Castle Rock."

If you know anything about King, it's that he loves a family feud, which explains Elsie Fischer's role. The actor, who won the hearts of audiences everywhere with her performance in Eighth Grade, will play Joy, Annie's daughter, who begins to question her mother's mental health in the series. (Yes girl, you should be asking some questions!)

Tim Robbins, meanwhile, is joining the cast to play another classic King character, Reginald "Pop" Merrill from The Sun Dog, a local crime boss of sorts who owns a junk shop and is dying of cancer. Robbins most recently starred in HBO's Here And Now, but he's most well-known for his performance as Andy Dufresne in The Shawshank Redemption, one of King's most beloved stories. And guess where Shawshank Prison was? That's right, a stone's throw from Castle Rock, according to Vulture.

Garrett Hedlund, meanwhile, was cast as Pop's nephew John "Ace" Merrill who is the town bully hoping to take over his uncle's criminal enterprise. According to a press release from Hulu, via Indiewire, Ace was described as "taking over his uncle Pop’s businesses and threatening a fragile peace with nearby Jerusalem’s Lot." If you're a King fan, you know that this means an "overt tie-in" to 1975's Salem's Lot.

Castle Rock, Maine, isn't technically a real town, but Stephen King has practically made it so over his career, populating it with the absolute worst and weirdest characters one could ever hope to meet. So many of King's classics take place there, and nay were referenced in Castle Rock Season 1 which debuted on Hulu last summer, including The Dead Zone, Cujo, and Stand By Me.

But for fans of the show who might not be as familiar with the Stephen King universe, don't worry. All you need to know is that Annie Wilkes is THE number one fan, and she'll follow you until you love her, or she'll — spoiler alert — cut your legs off!