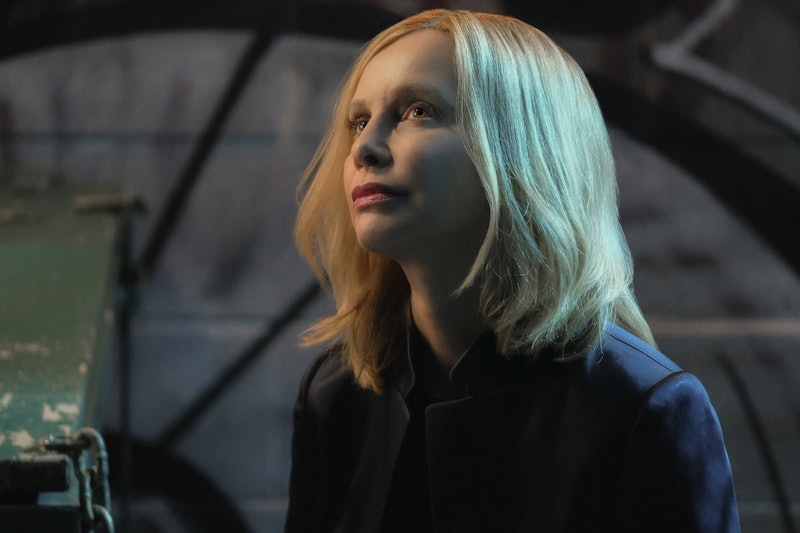 Be honest — how many times did you raise a hand in praise during Cat Grant's scenes on Supergirl? Not only were her speeches to Kara and the general public on point, but of course Cat knows James is Guardian on Supergirl. She shut down his vigilante bravado instantly and it was perfect.

Before you ask, it's unclear whether or not Cat Grant does know that Kara is Supergirl. If you remember from Season 1, Kara's boss discovered her alter ego, but was then fooled by a bit of Martian shapeshifting. She has never officially been told, though I suspect she knows and is playing dumb out of respect. Why she would ask Winn in private about Kara's whereabouts? Unclear. Maybe she was testing him. Cat also hasn't stopped calling her former assistant Kira. It's such a weird power move.

If anyone was finally going to knock Guardian down a peg, it was going to be Cat Grant. "I can see your eyes through the slit," she tells him, after calling him James right to his masked face. I really like how, in a subtle way, that's a jab at Clark Kent and Kara Danvers effectively hiding their identity with glasses. Your eyes really are important.

At least James is OK. I was worried for a while, when he wasn't in most of the episode. Then again, I might have missed him. The Daxamite armor looks a little too much like his Guardian suit. James's journey has been on the Supergirl back burner, but he is still trying. Hopefully Cat will be able to give James the career/life purpose advice he desperately needs in the Season 2 finale.