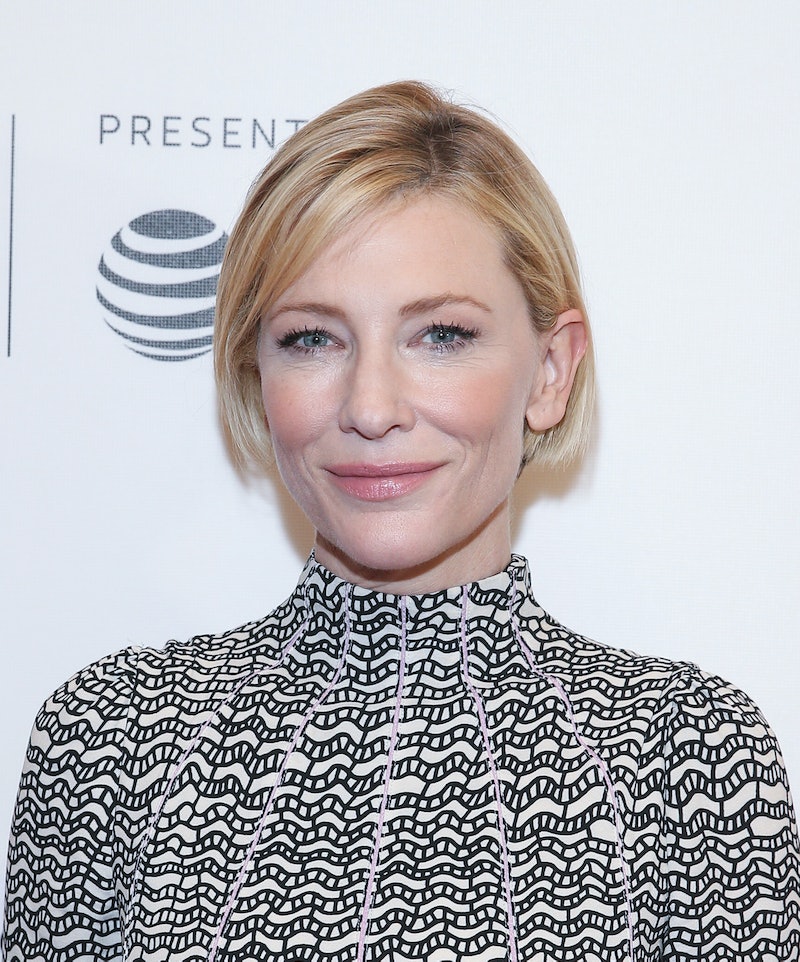 Cate Blanchett is one of the most celebrated actors working today — with cause. She has several Oscars and Golden Globes that are well-deserved. She is currently nominated for a 2017 Tony Award for Best Lead Actress in Play, thanks to her role in The Present. Blanchett is also known as one-to-watch when it comes to fashion, since she isn't afraid to play with androgynous pieces, to wear something edgy and unconventional, or to shock us when she waltzes onto a red carpet. But Blanchett skipped the 2017 Tony Awards Red Carpet, despite her massive nomination.

While I was totally disappointed by the fact that I didn't get to gawk at her ensemble before the ceremony started, since she likes to throw her fans for fashion loop, I totally understand it. She's Cate Blanchett, a decorated actor. She can totally sit this one out just 'cuz.

Since Blanchett didn't do the red carpet, how about we spend a moment remembering her 2016 Tony Awards dress? It was a black and white, color-blocked, and mixed materials dress with a slanted hem. There was a lot going on with her frock, which wasn't a gown. But she owned it.

Go ahead and think back to a year ago.

It was a busy ensemble, but the leather detailing was fire. Blanchett's tall frame was also perfect for this pretty party dress.