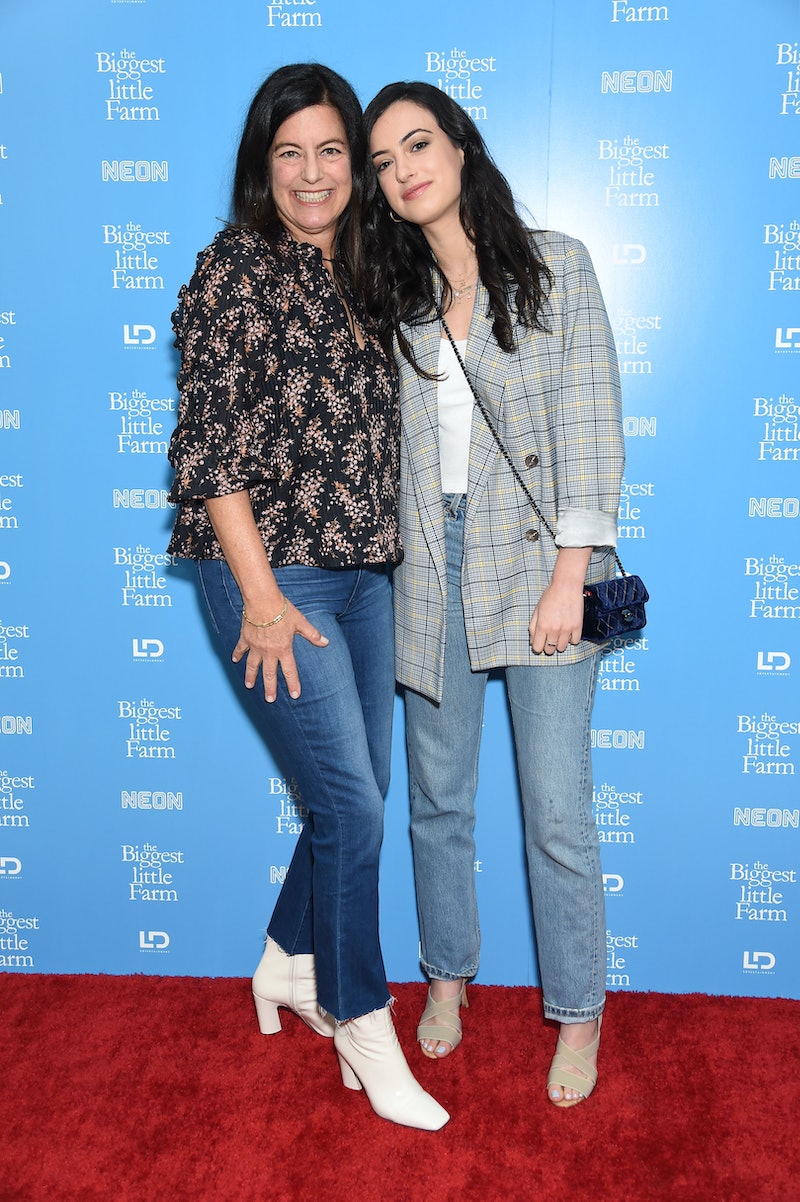 Thank you, next. It's been about a year since her daughter split from her famous, longtime ex, and Cazzie David's mom's comments about Pete Davidson prove that Cazzie's current focus is definitely *not* on Davidson these days, according to Us Weekly. Laurie David spoke to the outlet during an interview on May 7, and when the Saturday Night Live star came up in conversation, she swiftly shifted the spotlight to Cazzie's career.

"She’s so over that," Laurie told Us Weekly in regard to Davidson. "By the way, she just shot a pilot. She’s turning 25 years old and she already, in the can, has a pilot … I am so proud of her and she’s doing fantastic. She also has a book deal, by the way."

Well, well, well. How about that? Good for Cazzie — and good for Laurie, too. Instead of indulging questions about an old relationship — which she further explained is "not even in the consciousness" of her "fantastic" daughter — she used the opportunity to celebrate Cazzie's successes.

Cazzie first garnered acclaim for her web series, Eighty-Sixed, and is now working on and starring in a new comedy called, Half-Empty. Her upcoming book, titled No One Asked for This, will be a collection of personal coming-of-age essays, and is set to be released in 2020, Vulture reported in December 2018.

Laurie continued to praise her 24-year-old offspring: "She's just rocking it. She’s got a core group of friends from college. In fact, she wrote this [Amazon] pilot with her college friend [Elisa Kalani]." She also added about Half-Empty, "We’re a grounded family. I think we know what’s important and I think there’s gonna be a lot of that in her show. It’s so funny. You’re gonna love it."

Cazzie and Davidson dated for about two years, but during an interview on Complex’s Open Late with Peter Rosenberg in May 2018, the SNL star revealed that they'd decided to go their separate ways. "We’re not together anymore," he admitted. "Very talented girl, she’ll be great and she’ll be fine. Yeah, I think she’ll be okay."

About a month after Davidson announced that he and David had split, the comedian proposed to Ariana Grande. It was a whirlwind romance, for sure, but Cazzie appeared unbothered. "She’s not dwelling on the drama surrounding Pete and Ariana’s instant engagement," sources told TMZ at the time.

Cazzie was in Africa when news of Davidson and Grande's engagement broke. She posted a few photos on Instagram over the course of her trip, and hinted that, not only was she unbothered, but she was LI-VING. "Came to wine country a person, leaving a human bottle of wine," she captioned a photo of herself with a big ol' glass of red.

Since then, Cazzie has seemingly been focusing on her career and spending time with her gal pals — including famous friends like Taylor Swift and Selena Gomez. No need to define this talented lady by her past relationship. She's doing just fine all on her own, thank you very much,