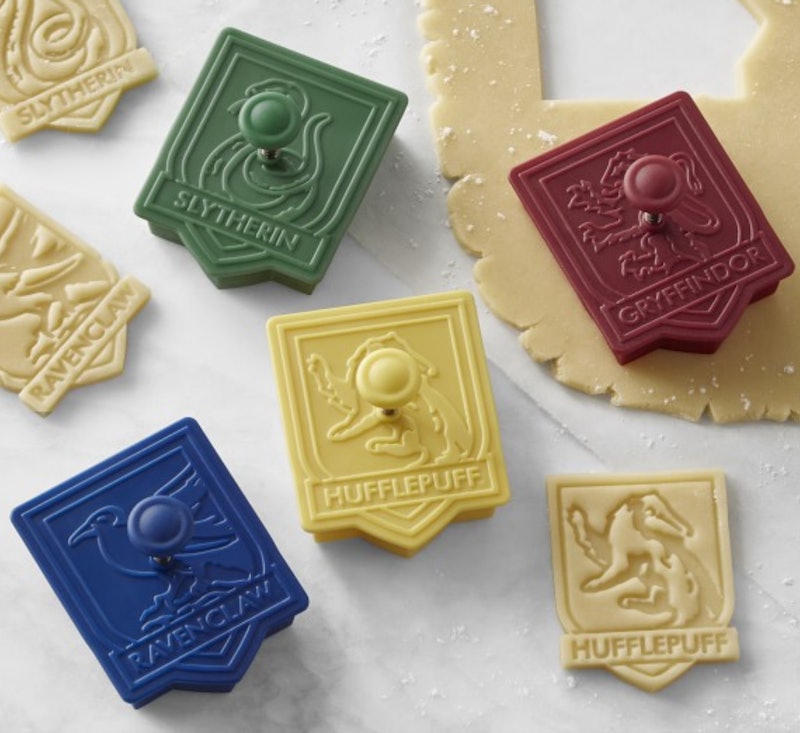 The 20th Anniversary of Harry Potter, or more specifically, the U.S. publication of Harry Potter and the Sorcerer's Stone falls on September 1. And if HP fans are known for anything, it's for throwing a pretty spectacular wizarding world celebration. Just one of many ways you can take part in the revelry of two decades of Harry Potter love is by picking up some new merch, of course. If you're anything like me, you just can't resist snagging a new HP-themed t-shirt or one of many adorable Funko Pop dolls that have been made in our favorite wizards' images — and you're in luck because new items are being released in Hogwarts letter-worthy droves between now and September.

Below are 11 of the best new Harry Potter merch items you can snag for the 20th anniversary. From clothing to homewares, jewelry to decorations — and yes, even books — you're sure to find something great to add to your collection. And, not to worry you, but the gifting season is only a mere five months away, so you could always squirrel away a few of these special picks for family, friends and other fellow Potterheads. Because is there any better gift than the gift of magic? I don't think so.