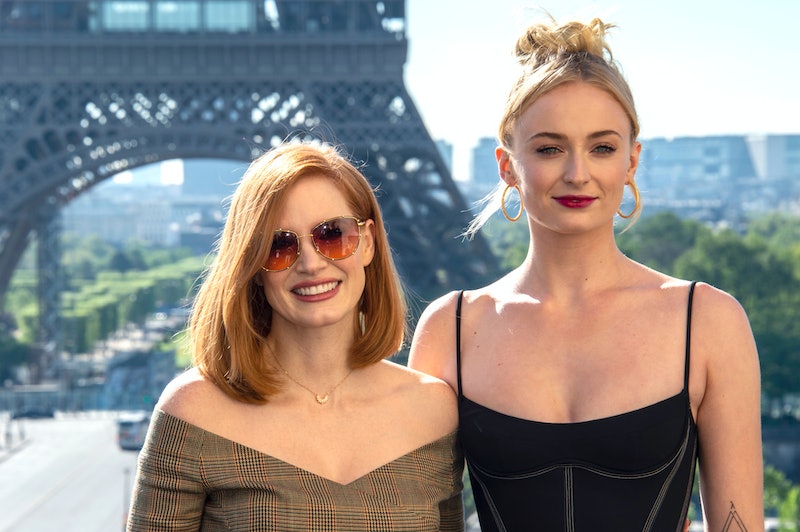 Just a few months before Georgia's Republican Gov. Brian Kemp signed an anti-abortion bill into law, Hollywood celebrities signed a letter warning they wouldn't film in the Peach State if he did so. The sentiment remains as the list of celebrities boycotting Georgia over its abortion ban — and following through with their promise — seems to be growing.

Sophie Turner and Jessica Chastain — who appear together in X-Men: Dark Phoenix — spoke out about the Peach State's so-called "heartbeat" abortion ban on Sky News on Wednesday, according to The Hill. Officially titled the "LIFE Act," the bill passed on May 7 and bans abortion as early as six weeks into a pregnancy. It could take effect in January 2020, but the American Civil Liberties Union has already pledged to file a lawsuit against the legislation that could delay its enactment.

When it came to boycotting Georgia, there also seemed to be some mistrust over whether celebrities would fulfill their vow to not film in the state. But with Chastain and Turner's comments on Wednesday, it seems as if celebrities are following through on their pledge.

Major companies have also spoken up about anti-abortion legislation across the country, including in Georgia. On Wednesday, the CEO of the Walt Disney Company, Bob Iger, told Reuters that it would be "very difficult" to film in Georgia if its abortion ban went into effect.

On Thursday, per Variety, NBC Universal said in an official statement, "If any of these [anti-abortion] laws are upheld, it would strongly impact our decision-making on where we produce our content in the future."

Originally, actress Alyssa Milano shared the boycott letter in March. It included co-signs from major celebrities like Alec Baldwin, Mia Farrow, Ben Stiller, Rosie O'Donnell, Patton Oswalt, Sarah Silverman, Uzo Aduba, Sean Penn, Gabrielle Union, Amy Schumer, and dozens of others. The letter urged Kemp to not sign the legislation into law as signatories said it failed to consider that most people don't even know if they're pregnant at six weeks. If it became law and took effect, the bill would force people to go through "unregulated, hidden procedures," the letter added.

"This dangerous and deeply-flawed bill mimics many others which have already been deemed unconstitutional," the letter read. "As men who identify as small-government conservatives, we remind you that government is never bigger than when it is inside a woman’s body or in her doctor’s office."