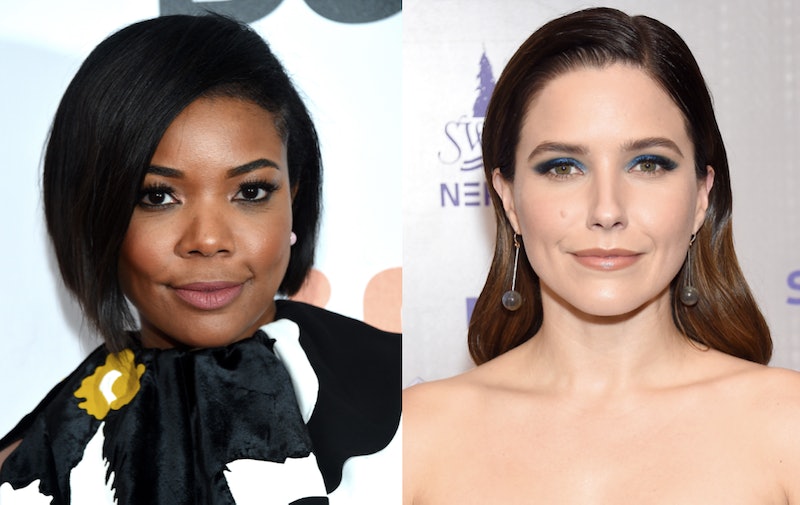 A bill that's being considered in the Georgia legislature would make it practically impossible for most women to get an abortion in the state. To try to prevent its passage, a group of Hollywood celebrities protested Georgia's so-called "heartbeat" bill on Thursday by threatening to stop working in the state if it becomes law.

The measure would prohibit women from getting an abortion once fetal cardiac activity is detected, which can happen as early as six weeks into a pregnancy. Because many people don't learn that they're pregnant until it's been six weeks or longer — and because getting an appointment at an abortion clinic can take time — many reproductive rights advocates argue that a "heartbeat" ban amounts to a near-total abortion ban.

Alyssa Milano, an actress who is heavily involved in activism and supports abortion rights, is working to stop the bill from going forward. On Thursday, she sent a letter — signed by dozens of Hollywood celebrities, including Laverne Cox, Amy Schumer, Gabrielle Union, Sophia Bush, and Alec Baldwin — to Georgia's Gov. Brian Kemp and Speaker David Ralston. The stars promise to pressure other film industry elements to leave the state if the bill passes.

"As actors, our work often brings us to Georgia," the letter begins. It notes that industry professionals contribute significantly to the state's economy, in part by using its hotels and restaurants during filming, and that they "bring billions of dollars in revenue to support Georgia's schools, parks, and communities."

"But we cannot in good conscience continue to recommend our industry remain in Georgia if H.B. 481 becomes law," the letter continues.

This is the second action taken by members of Hollywood this week to stop the heartbeat bill. On Tuesday, the labor union Writers Guild of America put out a statement condemning the measure and arguing that its passage "would make Georgia an inhospitable place for those in the film and television industry to work."

Georgia has one of the world's largest film-producing markets and makes more top movies than California, the United Kingdom, or Canada, according to Film LA. The state is sometimes called "the Hollywood of the South."

If significant elements of the film industry were to leave Georgia, the ramifications would undoubtedly be severe. "The film industry is now integral to our economy," Stacey Abrams said Friday. "Ask the carpenters, hairdressers, caterers, electricians & artists from Senoia to Savannah who rely on these jobs to feed their families. For them, for us, Georgia isn't Hollywood — it's home."

For that reason, a pressure campaign like this one does have the potential to be effective. USA Today notes that a collection of entertainment and sports companies threatened a similar boycott in 2016 to stop a bill that critics said would legalize discrimination against gay people. The governor at the time did ultimately veto the legislation.

Many states around the country are considering so-called "heartbeat" bills of their own. Some anti-abortion advocates hope that passing one of them would instigate a legal battle that makes its way up to the Supreme Court and leads to the overturning of the landmark abortion rights case Roe v. Wade, according to The Washington Post.