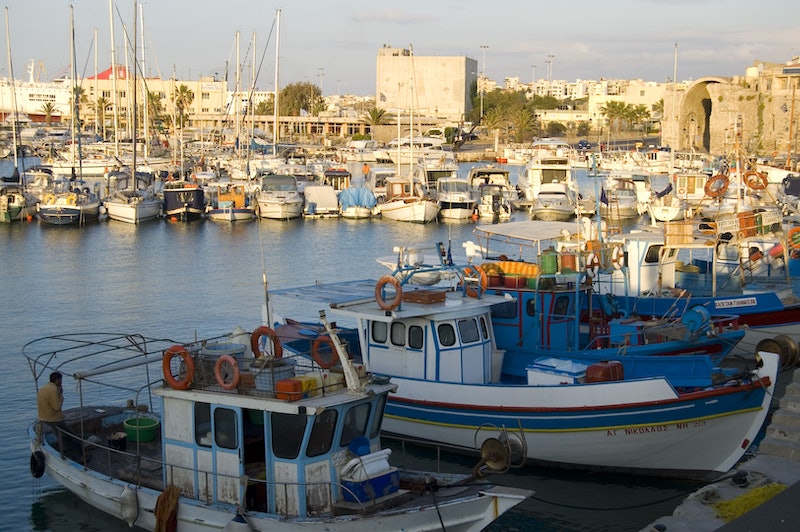 As part of an ongoing Channel 5 docu-series focused on murders committed abroad, Murder In Paradise: The Killing Of Jean Hanlon will tell the mum-of-three's story with the hopes that it'll reignite the case and bring closure to her family. March 2019 marked the 10th anniversary of Jean's death, but the case was reportedly archived by Greek police in 2018, the BBC reports. However, Jean's family are still determined to find answers and are doing everything they possibly can to give Jean the justice she deserves.

"It is very scary that we are now 10 years on and you get to that point where you think: 'What else can I do?' I am certainly not going to stop and I will never stop until my last dying day," her son Michael Porter told BBC in March 2019. "I will always fight on for mum — I made a promise I would do that."

As the Scottish Daily Record reports, Jean initially moved from Dumfries in Scotland to Crete in 2003, but six years later, the 53 year old's body was found in a harbour near Heraklion, the island's capital. Jean had reportedly "arranged to meet two male friends in a bar," during which she sent a friend the message "Help me." Despite this, police initially believed that she had accidentally drowned. "A first post-mortem concluded she had drowned but a second one suggested injuries consistent with a struggle," the BBC writes.

The Scottish Daily Record reports in more detail on the second post-mortem, stating:

"[W]hen her family insisted on a post-mortem, it was revealed Jean had suffered a catalogue of injuries, including shattered ribs, a punctured lung and facial wounds. Further tests revealed her neck had been broken before she hit the water."

As the case is currently inactive, Jean's son Michael told BBC that "they needed new evidence in order to have case reopened." It seems that the family are pursuing multiple avenues to do so, including the Channel 5 documentary. "At the end of 2017, my brothers and I took part in filming an episode of Murder in Paradise for Channel 5, which featured our mum," Porter told the Daily Record. "We are hoping this TV show might open enough doors and jog enough memories to give us the break we need."

The family are also trying to get their Jean's case featured on "the Greek equivalent of Crimewatch," the BBC states. "I have been in touch with them and they are currently reviewing mum's case and whether they can take that on," he told the BBC. "If that fails then it will be going down the route of a private investigator which is extremely expensive." Porter added:

"Although we have a vast amount of funds raised over the past 10 years, with a private investigator it is just how long is a piece of string — the funds could be gone in a month or so."

Murder In Paradise: The Murder Of Jean Hanlon airs tonight on Channel 5 at 10 p.m.