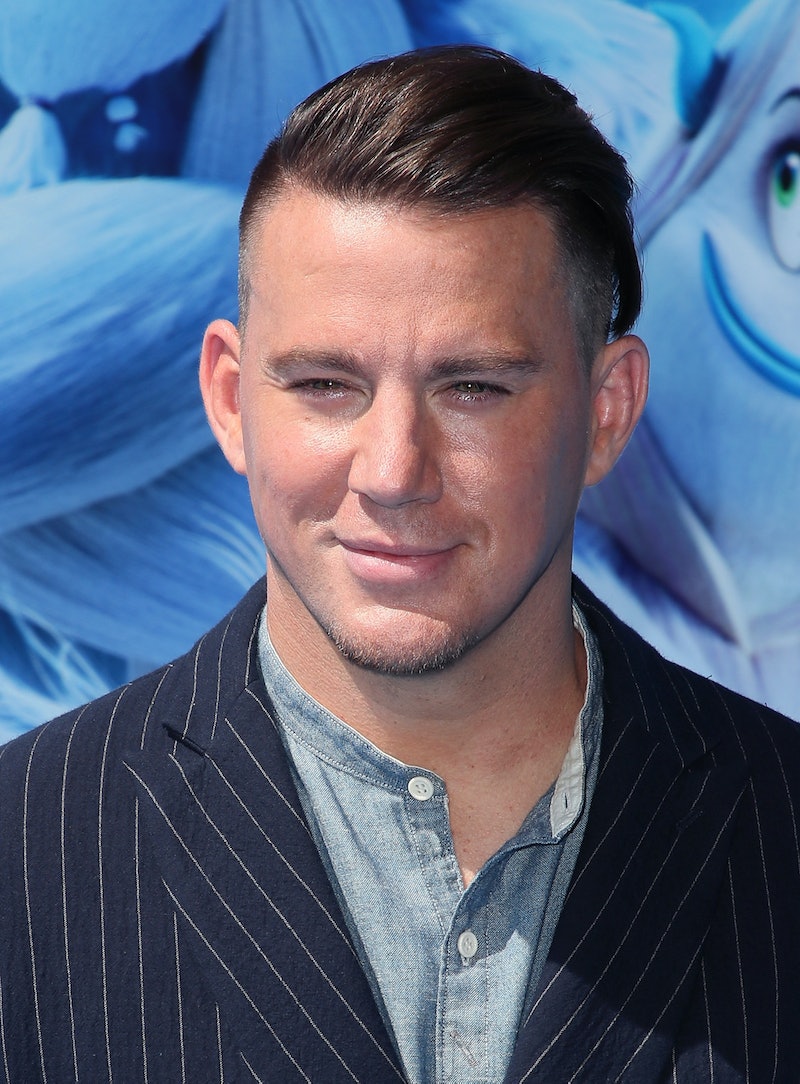 Things seem to be going smoothly in Channing Tatum and Jessie J's rumored relationship, based on one interesting update at least. According to E! News, Channing Tatum took his daughter to Jessie J's concert, which would be a major step in the right direction for the new couple's relationship.

The publication reported that Tatum brought his 5-year-old daughter Everly, whom he shares with ex-wife Jenna Dewan, to Jessie's concert on Nov. 1. E! News noted that the 21 Jump Street actor carried his daughter in his arms into the Wiltern Theater in Los Angeles in order to check out his new girlfriend's set. It's certainly a big step in their relationship if Tatum's daughter is attending the "Domino" singer's concert with him.

Based on some previous reports, Tatum and Jessie's relationship has been going strong. As E! News also reported, the actor previously attended the singer's concert in Houston on Oct. 28. According to a source, "They didn't show any PDA but Channing had a smile on his face at one point and looked very happy to be there with her." Of course, this comes after it was recently reported in early October that the couple had begun dating, per People. An insider related to the publication rather simply, in reference to the relationship, "It's very new." (Bustle previously reached out to Tatum and Jessie J's reps for comment, but did not immediately hear back.)

A source told E! News that things have been going pretty well for Tatum and Jessie and gave a little bit more insight into their relationship. "They've been hanging out a lot lately and he's excited about seeing her. She's on the road, but he is very interested in getting to know her and doesn't mind tagging along," they claimed to the publication, "He's making a lot of effort and wants to spend as much time with her as he can. He's having fun with it and seeing where it goes. He's known her for awhile and always thought she was very talented."

Tatum's relationship with Jessie comes six months after he and his ex-wife, Dewan, announced they had split in April. They released a joint statement via their social media platforms in which they revealed that they were parting ways romantically but would remain "loving dedicated parents to Everly."

Tatum and Dewan do indeed appear to have a positive relationship, particularly for the sake of their daughter. They recently reunited on Halloween in order to take Everly trick-or-treating. And based on the photos and clips posted on the White House Down star's Instagram Story, the whole family (which included Dewan as Cleopatra, Everly as Starfire from Teen Titans, and Tatum as the Genie from Aladdin) had a blast.

Like Tatum, Dewan has since moved on with a new flame. According to The Blast, she is dating Broadway star and Tony winner Steve Kazee. Us Weekly reported that the World of Dance host was spotted getting pretty close to her boyfriend (described as a mystery man) during the Casamigos Halloween party on Oct. 27. According to Entertainment Tonight, the mystery man was Kazee.

Tatum and Dewan shippers were definitely a little torn up upon hearing the news about the couple's split back in April. Based on all accounts though, it seems as though both parties have not only moved on, but the once-married pair has remained on good terms for the sake of their daughter.