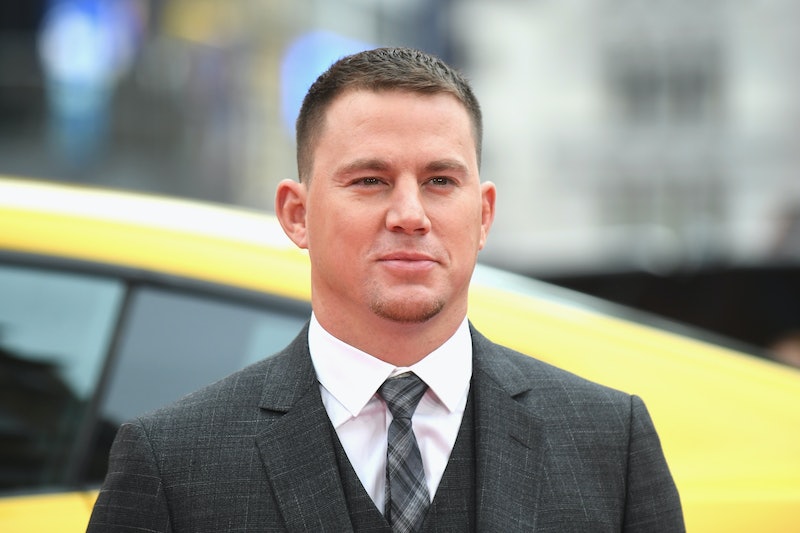 It's been a few months since Channing Tatum and Jenna Dewan officially filed for divorce. Despite their split, the former couple has made it clear that they're committed to keeping things amicable. Not only that, but Tatum's recent comments about their daughter Everly — as per court documents obtained by The Blast (via Us Weekly) — prove that the 5-year-old's ongoing happiness is his and Dewan's number-one priority.

When Tatum and Dewan first announced their separation back in April 2018, fans were definitely devastated. The blow was somewhat softened, though, by the sincere joint statement both stars posted on their respective social media pages.

"There are no secrets nor salacious events at the root of our decision — just two best-friends realizing it’s time to take some space and help each other live the most joyous, fulfilled lives as possible," the statement read, in-part. "We are still a family and will always be loving dedicated parents to Everly."

Almost a year later, and the couple has gone above and beyond to keep that promise of dedication to their daughter. In a declaration from new court documents obtained by The Blast, Tatum opened up about how Everly has been doing since the split. The actor reportedly wrote,

"In my opinion and experience, Everly has appeared to adjust to our separation and living in two homes exceptionally well. I believe that she will thrive even more with structure and consistency because she is happy and more relaxed when she knows a plan."

The purpose of the documents was to work out custody details between Tatum and Dewan, The Blast noted. Everything proposed — from the weekly visitation schedule, to how they'll handle holidays, birthdays, and her summer break — seems beyond reasonable. It appears as if they're doing everything in their power to make sure Everly gets equal time with each parent.

Tatum also seems committed to making sure that their daughter still has a strong sense of their family unit, even though that unit is now split between two homes. According to The Blast, Tatum said he "decorated Everly’s room very girly in a fairytale and fantasy theme (i.e. Alice and Wonderland), with pictures of Everly with both [Jenna Dewan] and me on trips."

The actor further explained that he “put time and thought into making Everly’s room, as well as an outdoor art space at the house, as comfortable as possible for her to facilitate the transitions." He also added that the 5-year-old has "learned about different artists, such a Jackson Pollock, and we try to replicate his work as well as the work of other artists."

How sweet is that? Such a good dad. Dewan, for her part, definitely seems to be on the same page as her ex. "Nothing in the world matters more to Jenna than the comfort and well-being of her daughter Everly," Dewan's attorney told The Blast. "Everything Jenna has done and will continue to do is with that in mind."

Everly sure is lucky to have two such devoted parents, both of whom are willing to work hard to make sure she knows she's loved. Divorce is rough for everyone involved, but Tatum and Dewan are a shining example of how amicable things can end up being.