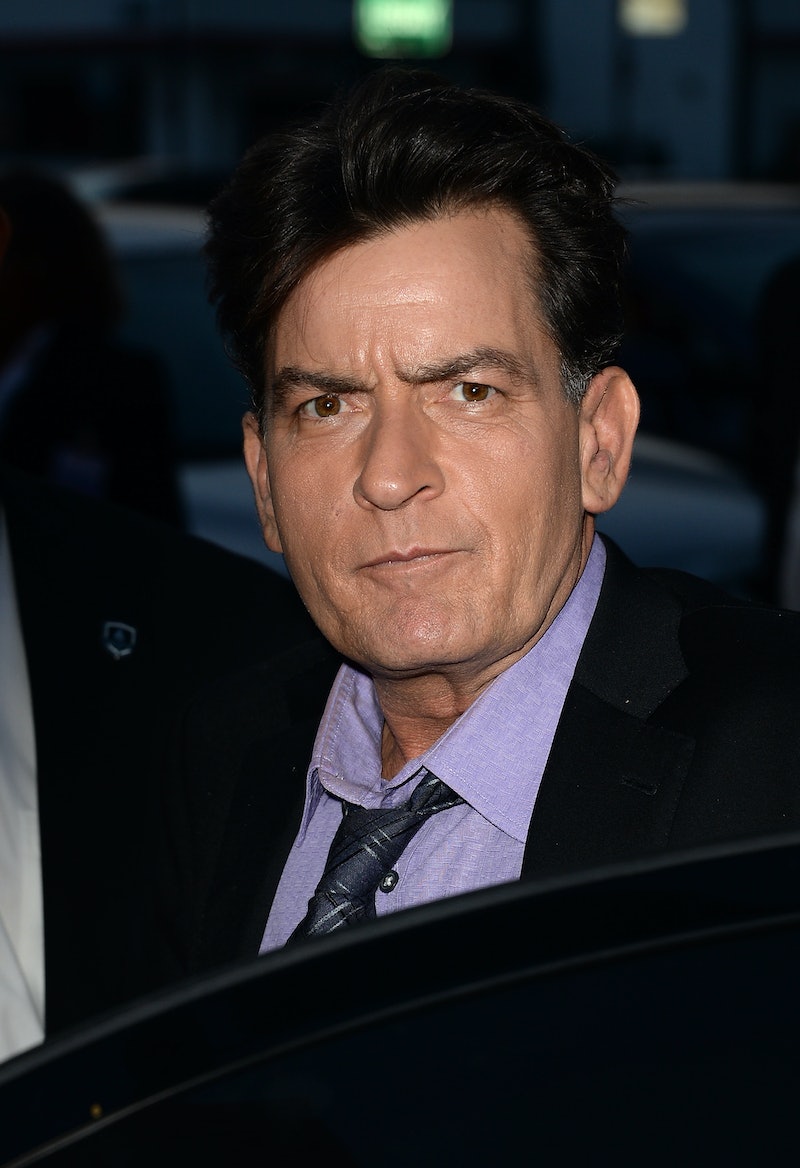 Hours after Charlie Sheen was accused of sexual assault, the actor is speaking out. In a statement to The Hollywood Reporter Sheen denied allegations that he sexually assaulted actor Corey Haim while filming the 1986 film Lucas. Haim was 13 years old while making the movie; Sheen was 19. "Charlie Sheen categorically denies these allegations," a rep for Sheen told The Hollywood Reporter.

Brascia also claimed that Haim, who passed away in 2010 at the age of 38, allegedly admitted that he had sex with Sheen again when he was in his mid-to-late 20s. “[Haim] claimed he didn’t like it and was finally over Sheen," Brascia told the Enquirer. "He said Charlie was a loser.”

Brascia is one of "dozens of other sources," including eight people who worked on the Lucas set, that the National Enquirer reportedly interviewed to confirm the Sheen allegations. This included a "longtime confidant of Sheen's" who, on the condition of anonymity, claimed Sheen, who revealed he was HIV positive in 2015, "admitted to a liaison with Haim, but insisted it was consensual."

"At some point during the filming [of ‘Lucas,’ Haim] explained an adult male convinced him it was perfectly normal for older men and younger boys in the business to have sexual relations, that it was ‘what all guys do.’ So they walked off to a secluded area between two trailers during a lunch break for the cast and crew and Haim, innocent and ambitious as he was, allowed himself to be sodomized.”

Feldman never revealed who this man was, only writing he was “one of the most successful people in the entertainment industry.” But in 2011 when he was asked about Sheen, Feldman told Moviefone, “I’m not a huge fan of Charlie Sheen… especially the way he’s affected other people that I know.” (Feldman has not commented on the recent allegations against Sheen.)

Throughout Feldman's memoir, he details the alleged sexual assault that he claims both he and Haim experienced as child actors, including allegations that when Haim was 11 he was raped by a man on a movie set. Last year, Feldman spoke to The Hollywood Reporter about why he hadn't yet revealed the names of those who had sexually assaulted his late friend:

In the wake of the sexual assault and harassment allegation against Harvey Weinstein and others in Hollywood, Feldman announced a $10 million fundraising campaign to pay for a documentary that would expose pedophiles in Hollywood. (All allegations of non-consensual sex have been denied by Weinstein's spokesperson.)

According to The Hollywood Reporter, Haim's mother Judy Haim disputed Feldman's claims of a Hollywood pedophilia ring, calling him a "scam artist" who was trying to take the focus of a recent drug arrest. "If he was serious about this," she said of revealing the names of those who assaulted him when he was a young actor. "He’d share the information he has with the police.” On Wednesday, the Los Angeles Police Department confirmed to USA Today that they were investigating Feldman's claims that of a Hollywood pedophile ring.

The National Enquirer reported that it is unlikely there will be any further investigation into the allegations that Sheen sexually assaulted Haim. Law enforcement experts told the tabloid that the statute of limitations in Illinois, where Lucas was filmed, had expired a long time ago.