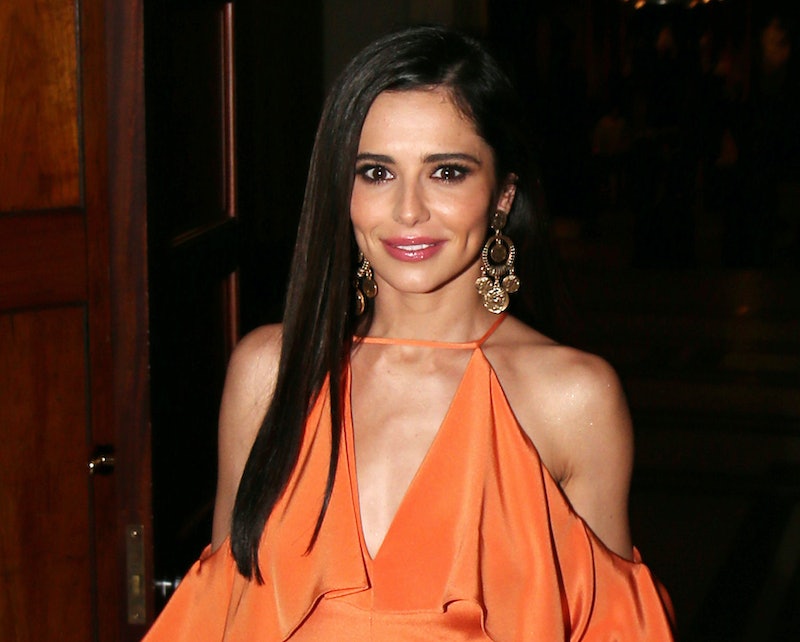 When you're famous and going through a break-up, it must be incredibly difficult to step out in public amidst all that speculation. But on Monday night, Cheryl and her orange revenge dress braved photographers and ended up completely stealing the limelight at Simon Cowell's star-studded Syco party. Despite what may be going on behind closed doors, she looked strong, confident, and to be honest, like she was enjoying herself — and good on her.

The star only announced her split from former One Direction member Liam Payne at the beginning of this month. The couple posted an almost identical statement on Twitter that read:

"We are sad to announce that we are going our separate ways. It's been a tough decision for us to make. We still have so much love for each other as a family. Bear is our world and we ask that you respect his privacy as we navigate our way through this together."

Despite her recent break-up, the 35-year-old was practically glowing at the event at London's Victoria and Albert Museum.

Cheryl was clearly inspired by the UK's climbing temperatures, choosing a warm orange dress — and wow. Seriously, the post break-up attire was on fire. Her off-the-shoulder style was designed in a silky yet tailored fabric and featured flouncy sleeves and a demure slit on the skirt. Strappy gold heels topped off the elegant outfit.

Unlike a lot of celebrity looks, Cheryl's sunny Cushnie et Ochs dress is still up for grabs. And it's on sale. Don't get too excited though because 50 percent off doesn't necessarily spell a bargain. The dress has been reduced from its original £1,265 price but is still an eye-watering £506.

Cheryl arrived alone to the party but was joined by many of Cowell's friends including Tulisa, Sinitta, and Rochelle Humes. Oh, and Piers Morgan, who posted a photo alongside Cheryl, making a joke that she was "bouncing back with a new older man."

Now, a lot of people are wondering how they can steal Cheryl's style without draining their entire bank account.

Luckily, the high street has been a big supporter of cold shoulder dresses for some time. Here are a few cheaper ways to dupe that dress: