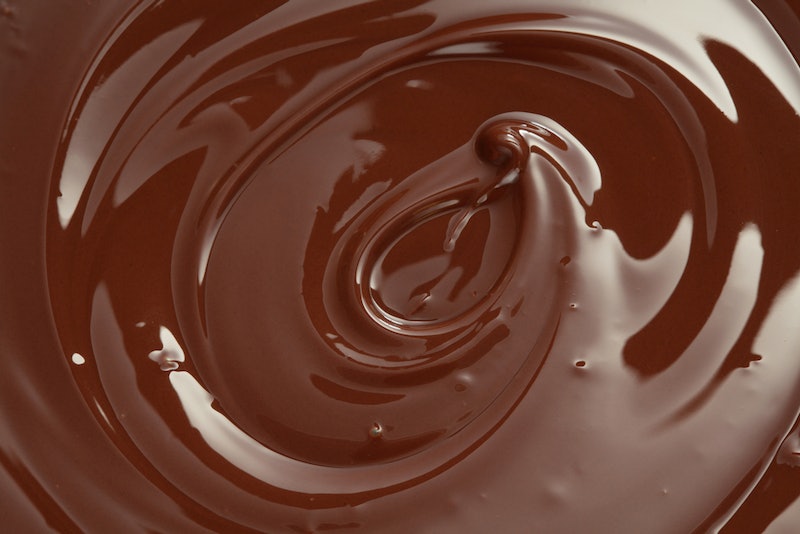 And today in Weird Yet Fascinating News, we have this: A chocolate flood in Germany at the production facility of chocolatier DreiMeister on Monday almost caused a holiday disaster. Happily, though, the crisis has been averted; the fire department and employees of DreiMeister both pitched in to help with the cleanup, and the factory has since opened again. No injuries have been reported, and officials say that there’s no danger of a chocolate shortage plaguing the holidays.

DreiMeister has been producing spectacular truffles and specialty chocolates since 1973. The company’s production facility is located in Westönnen, a suburb of Werl located about 40 km away from the city of Dortmund — and it’s there that the chocolate disaster unfolded on Dec 10. At about 8 p.m. that night, reports the Washington Post, a tank in the facility overflowed, resulting into roughly a ton of liquid chocolate flooding out of the factory and onto the nearby road, Weststrasse. When the chocolate met the outdoor temperatures, it did what hot chocolate usually does when it’s chilled: It solidified, leaving the road covered in a thick layer of hardened chocolate.

Both the Werl fire department and a number of DreiMeister employees leapt to action, first shoveling as much of the chocolate from the road as they could before turning to blow torches and hot water to get the last of the candy out of the pavement’s cracks and crevices. Due to the fat in chocolate, there was, said fire chief Karsten Korte to German news outlet Soester Anzeiger, “a risk it will be slippery”; as such, it was essentially to clear the chocolate from the road completely before opening it back up to traffic. Cleanup continue into Tuesday morning, during which time the production facility remained closed — but happily, it was able to reopen on Wednesday.

As absurd as the situation may sound, accidents like this one actually can cause quite a lot of harm. In 1814, for example, a ruptured vat at the Meux and Company Brewery in London resulted in a chain reaction that unleashed 1,470,000 liters of beer into the streets, causing massive structural damage and killing five people; the Great Molasses Flood of 1919, which was also caused by a ruptured tank, sent more than two million gallons of molasses through the streets of Boston, again causing incredible amounts of structural damage, injuring 150 people, and killing 21; and more recently, another molasses accident that occurred in Honolulu in 2013 resulted in 1,400 tons of molasses flooding the harbor, killing virtually all of the marine life making its home in the water there.

Luckily, the chocolate spill in Germany doesn’t appear to have caused any deaths, injuries, or major damage — but the whole thing could have turned out much worse. Thank goodness it wasn't, right?

Indeed, the near-miss is likely what allows us to make jokes about the situation — and folks? The Werl fire department’s statement on the incident is a gem. I mean, it begins with the following warning (translated into English via Google Translate: “Chocolate lovers must remain brave when reading the following lines.” It goes on to refer to the hardened chocolate spill as a “ten-square-meter choco-pancake,” and concludes, “Despite the heartbreaking incident, it is unlikely that a chocolate-free Christmas is imminent in Werl.” A-plus work, Werl fire department. A-plus work all round.

Unfortunately DreiMeister only ships within Germany and Austria, but if you happen to be located in either of those countries, you can head on over to DreiMeister and shop to your heart’s content. At least the rest of us can window shop!