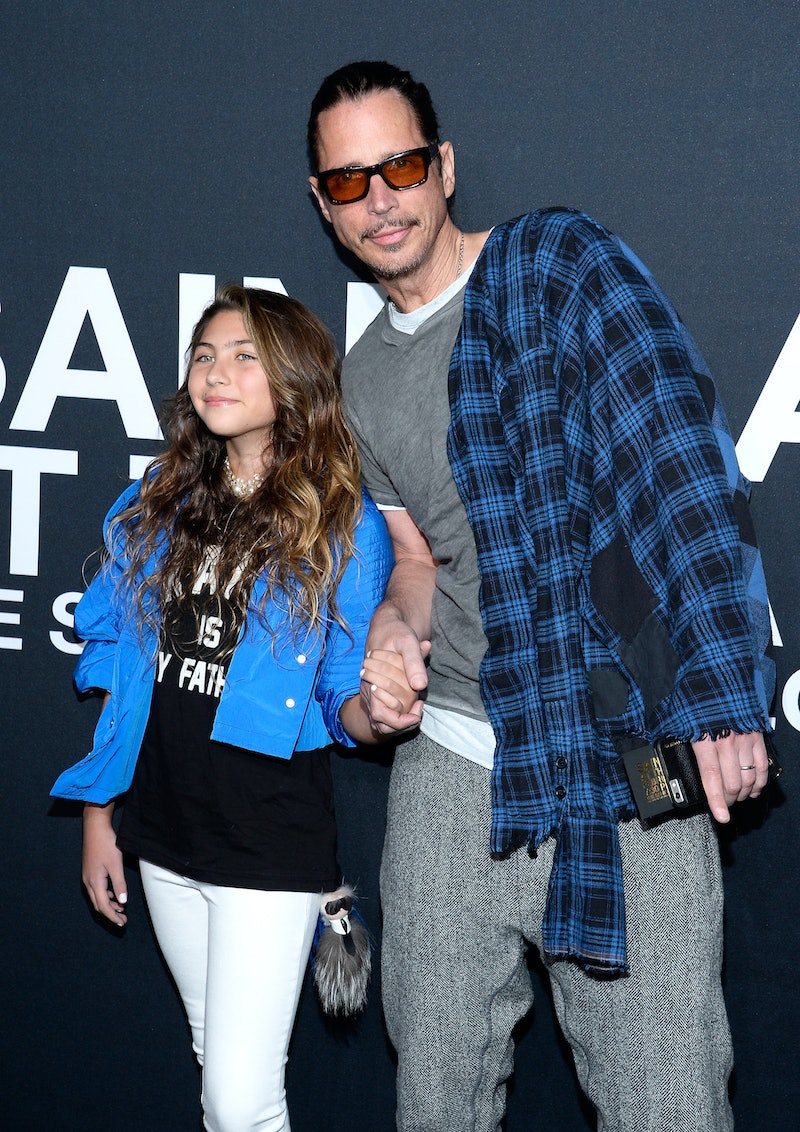 It's impossible to grapple with the tragedy that is losing two great artists to suicide in such quick succession. But watching Chris Cornell's daughter sing "Hallelujah" in honor of her father and Chester Bennington is a step in the right direction. The Soundgarden lead singer tragically took his own life in May, and the Linkin Park frontman followed in July, and music fans have been reeling from the devastation. So when Cornell's 12-year old daughter, Toni Cornell, took the stage on Good Morning America on Friday, there wasn't a dry eye in the house.

The timeslot was initially supposed to be filled by Linkin Park, but the band understandably cancelled their tour dates and other commitments after the jarring loss of Bennington. So instead, Toni joined the band OneRepublic for a devastating rendition of Leonard Cohen's "Hallelujah." Standing in front of the weeping crowd, she solemnly and beautifully paid tribute to her late father and his late friend, and it's truly impossible to get through without crying.

The connection between Cornell and Bennington was already heart-rending, with the latter taking his life on the former's birthday, but this performance drives it home even further. It feels like an incredibly generous gesture on Toni's part of allowing the audience to grieve with her.

The song is particularly meaningful because it's the one that Bennington himself performed at Cornell's funeral in May, so the fact that Toni was able to get through it is a testament to her strength. In advance of the show, she told GMA, "It's an honor to perform this for my dad and for Chester and to sing for them." But the real honor is for the audience, who got to watch her clear-voiced performance.

Toni offered fans an invitation to all mourn together, and we can all take an example from this young girl of how to process emotions and move forward in the face of tragedy.

More like this
Cardi B, Olivia Rodrigo & More Will Present At The 2023 Grammys
By Jake Viswanath
Will Beyoncé Perform At Or Attend The 2023 Grammys?
By Jake Viswanath
Beyoncé Just Announced Tour Dates: Here's How To Cuff Tickets To Her 2023 Shows
By Jake Viswanath
Lizzo Scares Herself Meeting Her Madame Tussauds Wax Figures In A TikTok Video
By Alyssa Lapid
Get Even More From Bustle — Sign Up For The Newsletter
From hair trends to relationship advice, our daily newsletter has everything you need to sound like a person who’s on TikTok, even if you aren’t.