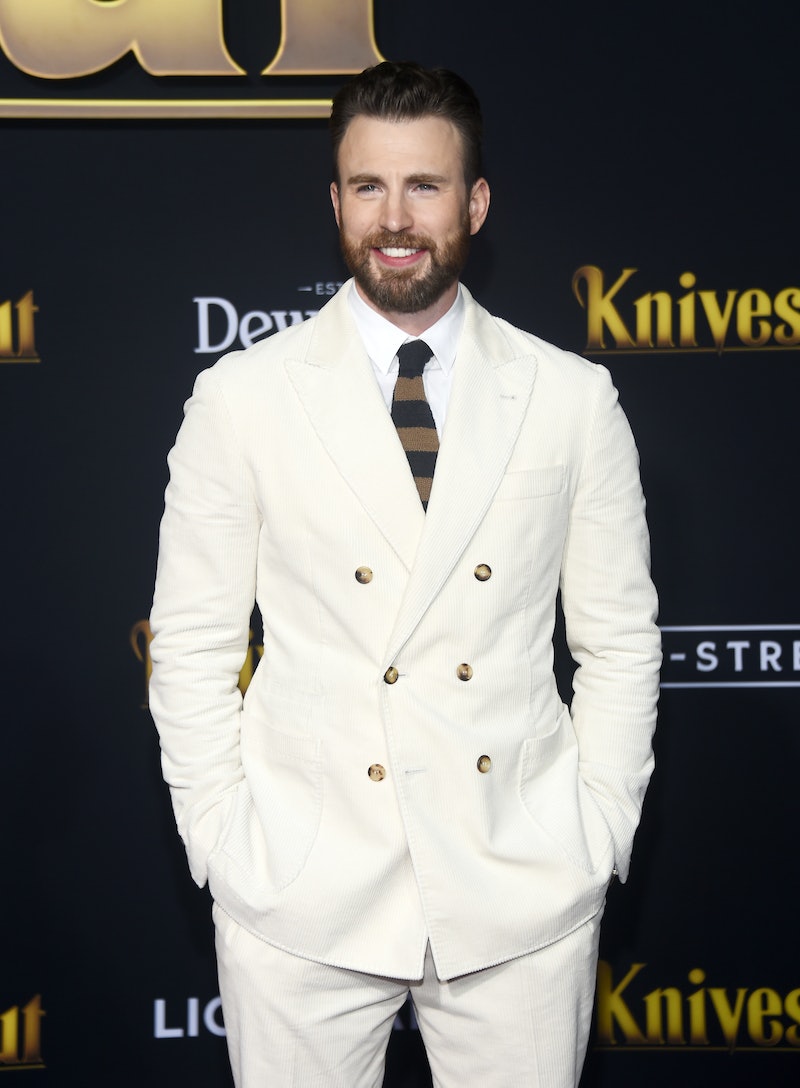 If you're easily confused about the ins and outs of politics, Chris Evans has you covered. In a new interview with Wired published on Jan. 15, Evans discussed his new political website called A Starting Point that was first announced in April 2019. Evans wants to help people, including himself, understand civic life in the easiest way possible and with help from the people who know it best — politicians.

"I just wanted a basic understanding, a basic history, and a basic grasp on what the two parties think," Evans told Wired. The former Captain America got his website idea after watching the news one day and became totally confused about what a particular acronym stood for. And now here he is with his friend, actor and director Mark Kassen (they worked together in 2011's Puncture), and Masimo founder and CEO Joe Kiani building A Starting Point.

The online platform will provide information about topics like immigration, health care, education, and the economy. People will even be able to research and contact their own representatives by typing in their address. And there won't be a comment section or a recommended videos section. Visitors decide what they want to watch.

There will also be one-minute long videos of politicians (both Democrats and Republicans) answering questions. And fans can rest easy knowing that every interview was conducted by Evans himself. According to Wired, the Knives Out star has visited Washington every six weeks or so to "film more than 1,000 videos from more than 100 members of Congress, along with about half of the 2020 Democratic hopefuls."

Despite wanting to give politicians a platform to explain their views, Evans, Kassen, and Masimo know the perils of a political talking point. They decided that in addition to having politicians speak freely and openly in their interviews, they would also hire fact-checkers to ensure the information being delivered was accurate. Overall, they want to make A Starting Point a trustworthy source. As Evans explains in the video above that he emailed to every U.S. Congress member, "I just thought, 'Why isn't there a place where I can go and hear both sides of an issue in a succinct way that I can trust?'"

In addition to providing a civic engagement resource, Evans told Wired that he wants to keep people interested and get them to care about politics, all while making the website feel more like entertainment and less like work. A Starting Point is currently in demo mode and doesn't have a launch date. But, when it does go live, Evans, obviously, hopes it does well. He told Wired, "This does feel to me like everybody wins here. I don’t see how this becomes a problem."