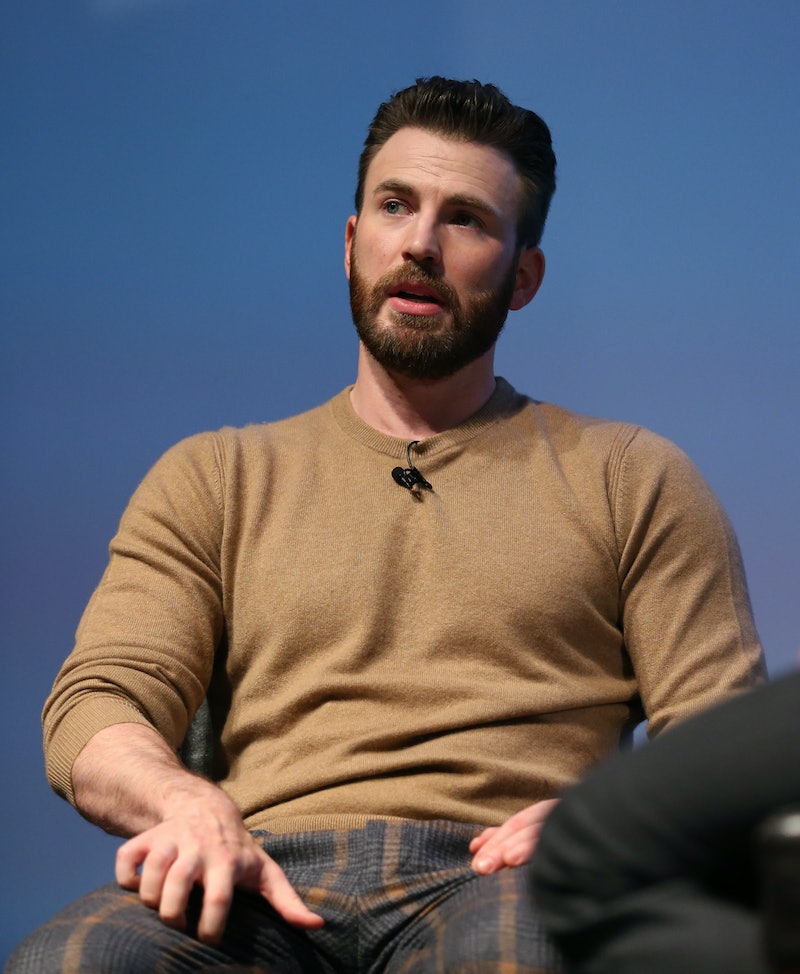 A famed Hollywood director went after Marvel films recently, and as if on cue, the Avengers are fighting back. Chris Evans responded to Martin Scorsese's Marvel criticism in a recent interview, and he's not the only one. Some of his Avengers: Endgame co-stars are also chiming in.

Scorsese received a lot of flack when he said that Marvel movies were "not cinema" in an interview with Empire — without actually seeing any Marvel movies. "I tried, you know? But that’s not cinema," Scorsese said, per The Hollywood Reporter, in the early October interview. "It isn’t the cinema of human beings trying to convey emotional, psychological experiences to another human being." He doubled down last week, writing an op-ed for The New York Times titled "I Said Marvel Movies Aren't Cinema. Let Me Explain."

As the story has shown no signs of stoping, now Marvel actors are weighing in. During a Variety Actors on Actors interview published Monday, Evans' interviewee and Avengers co-star Scarlett Johansson brought up Scorsese's comments without mentioning him by name. Evans made clear that while be believes that new and original content outside of the common blockbusters "is what keeps the creative wheel rolling," he also thinks that Marvel movies are just as legitimate as other theatrical films. "I just believe there’s room at the table for all of it," he said. "It’s like saying a certain type of music isn’t music. Who are you to say that?"

Johansson explained that she had a hard time rationalizing the director's remarks initially. "At first I thought that seems kind of old-fashioned, and somebody had to explain to me, because it seemed so disappointing and sad in a way," she remarked. "They said, 'I think what these people are saying is that at the actual theater, there’s not a lot of room for different kinds of movies, or smaller movies, because the theater is taken up by huge blockbusters.'"

Chadwick Boseman, who stars as Black Panther, agreed with Johansson's interpretation of Scorsese's argument. "He made statements, they're valid statements, you know what I'm saying? At the same time, all movies have to be considered in regards to genre," he told Entertainment Tonight on Sunday, Nov. 10. "What he's saying is a statement about the business, it's not really a statement about the aesthetic." Marvel Studios President Kevin Feige also responded to Scorsese over the weekend, calling his comments "unfortunate" in an interview with The Hollywood Reporter.

Regardless of what anyone thinks of the situation, it's clear that Marvel's shining stars are ready to go to combat for our beloved superheroes at a moment's notice.

More like this
'The Queen’s Gambit' Season 2 Tweet Wasn’t From Anya Taylor-Joy
By Mary Kate McGrath, Jack Irvin and Grace Wehniainen
Kukulkan From 'Wakanda Forever' Has A Surprising Connection To Marvel History
By Grace Wehniainen
Netflix Shut Down 'Bridgerton' S3 Rumours About A “Very Dark” Storyline
By Bustle
'Knock At The Cabin' May Start Streaming Sooner Than You’d Think
By Jake Viswanath
Get Even More From Bustle — Sign Up For The Newsletter
From hair trends to relationship advice, our daily newsletter has everything you need to sound like a person who’s on TikTok, even if you aren’t.